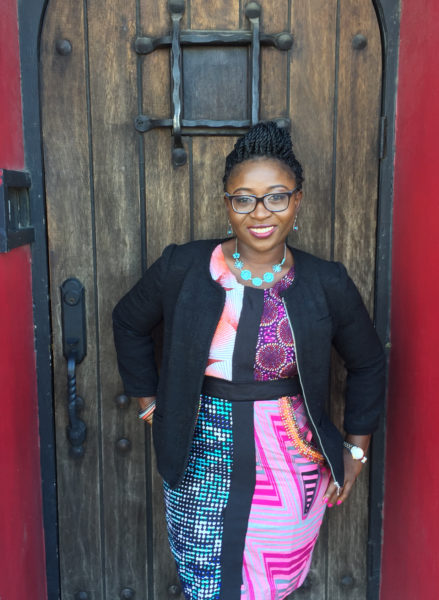 When you’re poor or economically disadvantaged, there are very limited options available to you – especially if you’re a woman. While the patriarchy ensures that women are firmly at the bottom of the food chain, poor women have it even worse, because they do not have the little freedom wealth affords middle-class women. They have little or no recourse to justice when they are victimized, and there are very few people willing and able to stand up for them. Girls and women from poor backgrounds have to deal with all the dirt the world shoves in their faces, by virtue of their gender, and economic inequality ensures that they struggle twice as hard to get the little portion of humanity that the society is willing to afford them. Remember the Money Wives story by the BBC last year? Girls from poor families were being sold to repay debts in Cross River State. Earlier this year, BellaNaija Weddings in collaboration with UNICEF produced a documentary about Grace, a young girl who was the victim of child marriage.

Poverty is rife in Nigeria, and the population of poor women is alarming. Poor women are raped, beaten, cheated and often traded as commodities. Poor girls are married off and advised that it is in their best interest to keep their head low, be subservient, and just maybe, maybe their fates will turn.

Recently, I learned of the story of an interesting blended family. They’re a rich, educated family. Let’s call the parents Barrister Steven and Architect Elizabeth. They have five children. It turns out that, although Architect Liz is the mother of these children, she did not birth them. All five children were birthed by Sisi Maggie. Sisi Maggie is a trader who was in the village, and was invited to help Steven and Liz create their family. All five kids are grown up now, and they are aware that both women are their moms. They call Liz “Mummy” and Maggie is simply known as “Sisi.” They have a group family picture and they live harmoniously, for all intents and purposes. Maggie does not have children outside of the SteveLiz unit, and she did not have an independent relationship outside of them. Think of it as having a womb on standby. You could describe it as a surrogacy of some sort, but not with medical labs or anything fancy like that … just good ol’ Steven’s penis making regular visits to Sisi Maggie’s vagina.

As my friend narrated the story, I had so many questions: what manner of Abram, Sara and Hagar story is this? How do the kids feel about this? Do they like Liz? Do they like Sisi Maggie? And then there was indignation (the one I had absolutely no right to feel, considering I do not know these people). How unfair was it that Maggie gave up her life to satisfy the whims of this classed couple? She basically was rent-a-uterus for this man and his wife, and what has she gotten in return?

“But she has gotten quite a good deal out of this, you know? She would have been in the village now, probably married to one poor tailor in Badagry. Here she is with five kids in Canada, and one of her sons has applied for PR for her,” my friend responded to my irritation.

“A good deal? She has spent the past 35 years living in the shadow of this family! She’s basically a third wheel in a family she helped create,” I said.

“Think about the alternative. I still believe she made a choice to better her life, and that was the route that best suited her at the time,” my friend said.

That word often comes up in conversations where women’s rights are involved. The ability to choose one’s path and not be held down by the constraints of societal expectations is one of the talking points of feminism. Feminists are not just one way. They are allowed to be different ways – as long as women’s rights to choose are never taken away.

“Repeat after me, Maggie chose this method of getting out of poverty,” Alero’s words jarred me out of the my anger-induced reverie.

My other friend, Anita, who was on the call with us reminded us that there were many classed women who make these choices everyday – reminding us that sometimes these choices of being attached to an existing family unit are not simply a result of poverty. “Sometimes, it’s just because they want to be a part of a family.”

She reminded us of the story of a notable politician’s daughter who opted to be the fifth wife. Her father is very rich. She is also very well educated. So that debunks the theory of ignorance and illiteracy as the root-cause.

Still, why does this still sit uncomfortably with me? If a woman is free to make the choice, and she is not doing it because she is being backed into a corner, why is this such a niggling issue in my spirit? I’ve not yet narrowed it all down, but here are a few things that come to mind.

1: At the root of this is a system that continues to foster the belief that attachment to a man is a form of safety net. You might be reading this and thinking “ansofokwat?” Well, here’s why this is a problem in 2019: We have too many women who are economically disadvantaged simply because they are widows. Look around you, when you think of widows in Nigeria, you probably think “this poor woman no longer has someone to pay her children’s school fees.”

Many non-governmental organisations are focused on supporting ‘widows’ because we know that the loss of a husband means the loss of a cover (or income stream). This should definitely not be so. A spouse should not be a primary source of income, considering the fickleness of human nature, and the mere fact that we simply have no way to ensure that person is going to be there always. At least with a Registered Retirement Savings plan, you know it’ll convert to a Registered Retirement Income Fund when you turn 70.

2: Because we never see any young men marrying women who already have husbands, just to be a part of a family, it is safe to say that the ‘choice’ is not one that is open to both men and women. Patriarchy means this choice is one that society forces women to make. Rich or poor, women are viewed as a commodity – either self traded or publicly traded.

3: When a man is sterile, you will never see Michael the housekeeper, who is the biological father of the children in the household, posing with Deborah and Amos in a nifty family photo. You know why? Because the sanctity of a man’s manhood is protected at all costs. Even when Deborah has sought alternative means of conception, it will be a secret. Nobody is bringing Michael home as Bobo Michael beside Daddy.

Sisi Maggie’s choice was pared down to this because she’s a poor woman. Poverty + womanhood = Bad Market x2.

I know female empowerment is a buzzword that everyone wants to ride into the sunset, but as long as the world remains unfavourable to women, as long as society continues to see women as commodities, then empower all you want, but the result will remain the same.

Finally, while we sit in our cool offices and lie in our comfortable beds thinking of how lucky we are to be able to sit in rooms with men, we have to ask the question: when are we going to start extending these options to poor women?

When will marginalized, indigent women be able to make choices from a pool of options that are equitable?

We’re not free until we are all free.

While you’re here, there are a few ways you can assist economically disadvantaged women around you. This includes donating to organizations that assists them. Here are a few of them:

Temi Olajide: How To Enjoy Your Food in Peace With Your Kids Around

BellaNaija Celebrates Academic Excellence Class of 2019: Glory Got a Distinction in Agricultural Economics