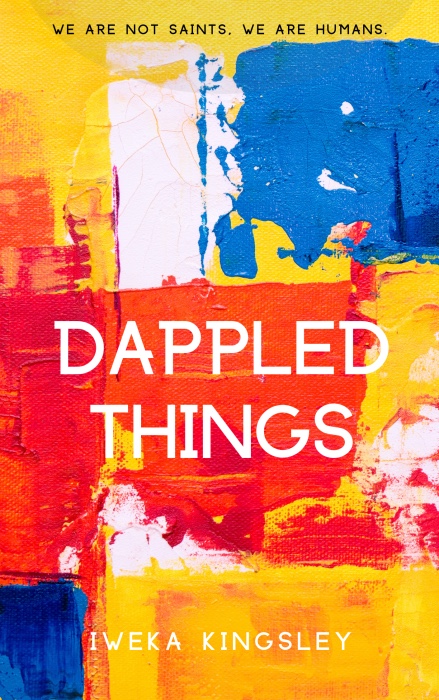 Cindy felt the weight of his shadow over her. It was heavy. He was tall and dark. She could barely make out his face, but she recognised evil from the silhouette before her. As she laid on the floor. Her eyes remained fixed on the silver pistol pointed at her. She was shivering, certain that she would die. The reality hit her quicker than the thought of it. He pulled the trigger. In a moment, all her life flashed before her.

She could still feel him standing over her. The image was the same. Only now he seemed a bit taller. Then she felt the motion of warm liquid against her body. It was soothing for a while, until she realised the source of the liquid. Her eyes remained shut, but she felt certain numbness on her right arm. The bullet had missed her head and hit her arm instead. It was a dark night. Everything was black, except his silver pistol. He was still standing over her. Perhaps waiting to confirm her death. Then she did what she had not done in a very long while- she prayed. She asked God to make him go away. And he did, after standing there a few more seconds.

She was not certain if he had gone far enough for her to make her escape. She did not care anymore. God had answered her prayer. He walked away. Now she must run, but not immediately. She crawled on her belly for a while, her arm hurting badly. She could not scream or he would hear her and return. She just moaned quietly. She rose up a bit and was crawling on all fours now. She looked up ahead and she saw a church- a catholic church. She got up, on her legs and she was running towards the church. Just then, he turned back, as if he had just been notified that she had not died. He hurried back to where she laid before, where he had shot her. She was gone. He could see nothing but the grasses blackened by the night. He was furious. His fury seemed to brighten his view and sharpen his senses. He looked straight ahead and noticed the church. She had to be in there, he concluded. He ran very quickly towards the church. The church had lights on around the entrance. He slowed down and noticed blood stains on the grasses. He followed the stains of blood that led into the church. The church was empty and the silence was deafening, but he knew she was inside somewhere. He was going to find her and kill her, and this time she would remain dead. She was scared where she hid, and she was losing blood as well. She started feeling very faint even as he approached her hiding place. She was shivering now. She closed her eyes very firmly, trying to wish it all away. And when she opened them again, she realised it was all just a dream.

She woke up and found her pillow and bed sheet soaked in sweat. She was thankful it was yet again a dream. Her heart beating very fast, she was short of air. She tried hard to calm down. When she did, she went to get a drink of water to aid her blood flow. She felt relieved after one glass of water, and then she went back to bed. She laid in bed, trying hard to go back to sleep. She knew the dream was a message, a message that had to do with her past. It reminded her of the incident with her father, then she remembered Brian briefly too, and her mum. She turned to look at the clock placed on the platform beside her bed. The clock was one of her items she really cherished. She bought it during her service year in Akure. It was 3:30am. She remembered she had to meet David by nine that morning.

Ephialtes is an excerpt taken from Kingsley Iweka’s novella “Dappled Things.” You can find it on OkadaBooks.

Iweka Kingsley is the author of fiction novella “Dappled Things.” He is a communications consultant and the Founder/Editor of Africa-OnTheRise.com, a platform committed to propagating the positive changing realities of the African continent. He is a World Summit Awards Youth Ambassador, and winner of the World Summit Awards for Digital Innovation. He is also the winner of the African Blogger Awards for “Best Blog about Africa” and “Best Social Issues and Active Citizenship Blog”. He also volunteers as a Grant Advisor with the Pollination Project in the United States

Odunayo Abdulai: These 8 Foods Are “Healthy” but Are Surprisingly Highly Calorific