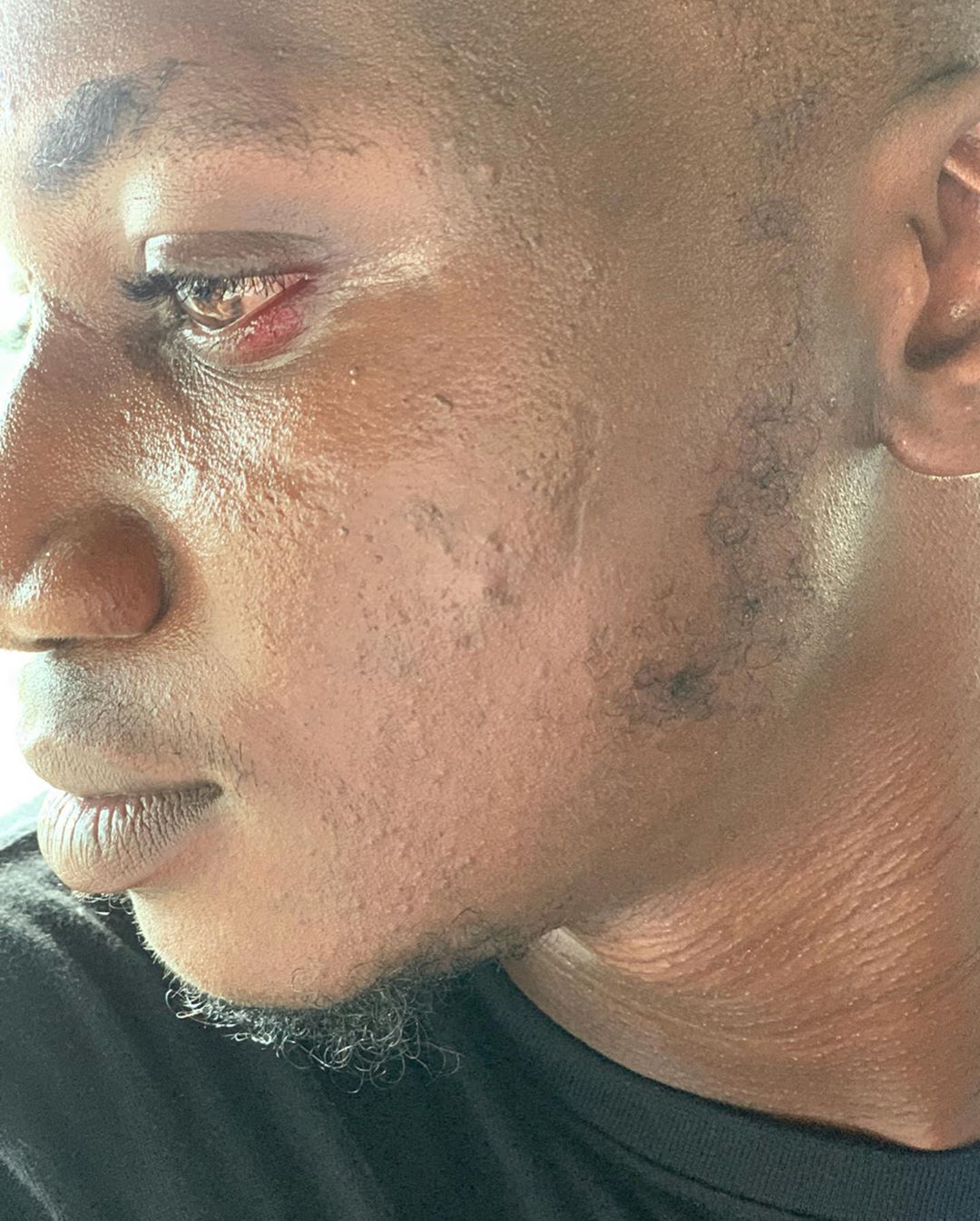 If you scroll through Twitter this morning, or your explore page on Instagram, you’ll find videos of a crowd, most of them in black, standing idly. You’ll hear someone wailing, although you won’t see who it is. You’ll hear the question: Wetin happen?

Attached to the video, in a pic-stitch, is the photo of someone’s cheek, an influencer named Pamilerin. The photo of the cheek exists because it has been alleged that the influencer was slapped by DMW singer Peruzzi, for tweets made back in January.

For those wondering what must have caused Peruzzi to slap Pamilerin… this is it ooo!
Na these tweets of a long time ago o! pic.twitter.com/kjcgZODeWv

One can only wonder what the influencer has done to earn the animosity of the Twitterverse, because the same people who collectively lament the abuse of power when it’s done by someone in a uniform somehow think it’s justified when it’s done by a celebrity.

Let the case of Pamilerin serve as a warning to all those “I’m in my house come and beat me” people, you can actually get beaten these days with the way the streets are wilding ?

Y'all coming for Peruzzi because he slapped your influencer.
Y'all hide behind your keypads to spew trash and degrade people's work.
Forget Peruzzi the artiste, and think about Peruzzi as someone older than Pamilerin. He was slapped for being disrespectful. pic.twitter.com/iODZ334LaX

Twitter NG is melting down bc it's Pamilerin. Let's shaa keep this energy when an ordinary tweep is slapped or beaten. ✌️

Celebrities are humans too

Pamilerin has a huge social media presence and to tweet this about Peruzzi is so unprofessional. It's sad. Davido would've done worst. pic.twitter.com/4XHQ7egQHx

Lmao ? ….I’m not supporting perruzi o but that pamilerin lowkey deserves a slap for real.
Pamilerin sef too dey do ? https://t.co/hsbW47MYup

Nigerians need to understand that because you dislike someone doesn’t make it all right for them to get assaulted. The belief that laws only apply when we feel they should, and that right and wrong can be interchanged based on gratification, is why what happens in our society keeps happening.

Perhaps it connects back to the normalisation of the abuse of kids by their parents in the Nigerian culture, but this casual approval of violence is something that has to stop. You don’t just decide to assault someone because you don’t like what they say about you. If that was allowed, our streets every morning would be filled with warring folks, brandishing planks and cutlasses.

Nothing screams abuse of power like allegedly getting your bodyguards to hold a man while you slap him. You have to feel bad for the bodyguards; imagine being paid to hold down a helpless man while your boss abuses him. What’s your self-esteem like? It’d be at least better if you were the bodyguard to some mafia boss – there’d be the proximity to absolute power to inflate your ego. But the bodyguard to a budding Nigerian musician?

See, if we want a society where things work, we need to draw clear lines, agree that it is bad when those lines are crossed. We can’t pick and choose when we want our rules to apply. What is bad is bad, and assault is a crime. Let’s hope Pamilerin seeks redress.

SuperModelMD: My Pimples are Causing a Rift Between my Wife & Mother