Atoke: Black Tax is Preventing Young Nigerians From Leveling Up 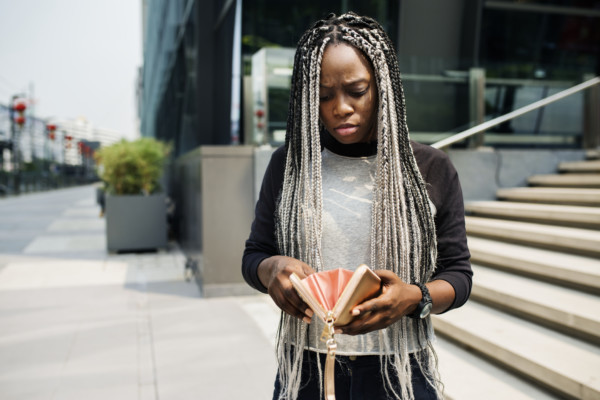 How many times have we seen it in Nollywood movies? A young person breaks free from what appears to be a stifled life in the village. They go to the big city, with lofty hopes of becoming rich. When they do make it big in the city, there are two options available to them: be a well brought up child and take over the responsibility of taking care of the family, or be a child that did not suckle their mother’s nipple and turn a deaf ear to loud cries for help.

And the cries for help come – loud and frequently. They come, expecting to be met by the open arms of a child willing to sacrifice.

Sacrifice is a word that is often used when describing our parents. Nigerian parents (poor, middle class, rich) are well known for their sacrifices. They give up so much of their potential, their earnings, their lives for their children, their relatives, village members, and their own parents. In Nigeria, the cycle continues. The culture of sacrificing for your children is one of those things that all Nigerians can agree on. And for every sacrifice that is made, there is that niggling hope that one day, one day, it will pay off.

In the absence of a functional social welfare system, this method of ensuring a sustainable end-of-life tenure seems to be the only way to survive. However, more and more young people are struggling to keep up with this. The world has changed; technology has arrived at our doorsteps (albeit running on wonky infrastructure) and young Nigerians are faced with a challenge their parents didn’t have to contend with – the world at their fingertips.

The cost of existing as a young Nigerian is ridiculously high. The high cost of living does not match up with the earnings or capacity to earn, so the struggle is unimaginable. While you’re trying to pay rent, school fees, health insurance, transportation, telephone bills, random mishaps that chop money, then you get a call to send money home. Because Papa is 77 and his cataracts are acting up. Mama is trying her best to keep body and soul together but she recently broke her ankle in an okada accident so, mobility is very difficult. Things are hard – for everyone.

Even when you think you’re on a trajectory to financial breakthrough and your new job with the nice tidy pay package is enough, it never really is enough. This realization eventually affects other decisions that you make. You can either choose yourself and be labelled selfish, or you can choose to take on the financial burden, pay the black tax and remain in the cycle of barely there.

Black people (and I say black people, because this phenomenon also affect our brethren in diaspora) have been systemically marginalized for many years. It is for this reason that when one person manages to breakthrough (with or without the support and assistant of the community of family and friends) they are beholden by culture to pay it forward. Or, in this case, send the ladder back down. It is kindness and sometimes psychologically rewarding; other times, it is a clog in the wheel of progress.

So how can we break this chain that ties us and keeps us in this state of constantly having to “help people back home”?

1: Education of all children
As simplistic as this sounds, I do believe that this is the first step. Many times some children are denied education/training because of their gender, or their learning speed/ability. As such, they’re held back, while the other children are sent off to school or to be trained. Those children who are held back will eventually become adults who are a liability to both the parents and the people who ‘made it’. Educate everyone. Give everyone an even playing field – if and where you can.

2: Birth control
Maybe it’s because we don’t have light, or we don’t have access to good healthcare, or maybe we’re just stuck in cultural expectations that more children means more wealth … I don’t know. But for some reason, we end up having more children than we can cater for. Have sex as much as you want, it is your right as a human being with sexual desires. But avail yourself with birth control knowledge. Go to the clinic and have a family planning specialist give you the different birth control options. Also, speak to your parents about birth control. I know, I know, before you shout, hear me out. Have you guys not seen 70 year old Papa in the village who married a young 21 year old gazelle to take care of him in his old age. Papa in his twilight years then impregnates the young gazelle three times. Who is going to take care of the gazelle’s babies? You, my dear friend! You. You are trying to just manage yourself in Lagos with your salary income, and your side hustle selling car batteries on Instagram, but now you have three siblings to send school fees money to. Dearly beloved, it is easier to have that chat about birth control. Short term discomfort, for long term peace of mind.

3: Say No!
This is probably one of the hardest things I’ve ever had to write in my life. In fact, I have backspaced this point so many times. But I have to just bite the bullet. Yes, say NO to the requests of your parents.
Okay, stay with me here. You have to say no to ridiculous and incessant requests. To be very honest, this is so hard. It might feel like a betrayal, but you have to. Even me, as I’m typing, I don’t know if I can take this advice, but let me explain my thought process. Saying no means you are setting boundaries. Boundaries mean self-care. At the end of the day, everyone has a choice to make. Your parents and extended family made a choice, and you have one to make as well.  Parents also have the right to say no, and they exercise this right on multiple occasions, so it’s okay to refuse to be a tap. It may seem like ingratitude, but if we look at it clinically and without coloured lenses of emotional blackmail, saying no to repeated requests will help you create some form of nest egg for yourself. You cannot pour out of an empty cup. If you keep giving and giving, you will be financially and emotionally drained, and you will have no more to give. The only thing that will be left in that cup will be a deep sense of resentment.

Let me leave you with a story from Jenifa’s Diary. . Cordelia (a friend of Jenifa from Nikki O days – for those of you who don’t watch the show) married Terwase and got upgraded from a life of squalor. Terwase was a little bit financially okay. At least his apartment looked nicer than Cordelia’s previous abode. Anyway, after the marriage/upgrade, Cordelia’s mother became a semi-permanent fixture in the new couple’s home. Because, why not? Cordelia’s mother was a royal pain in the behind. She was constantly asking Cordelia to ask Terwase for money. Always! Then she took things a step further by promising other people that money was a sure thing, since her daughter was now married to a man who had money. This woman was funnelling Terwase’s money to her cronies in the village. She even brought some random children into Cordelia and Terwase’s house and fed them – without previously notifying her daughter and son-in-law. The most annoying part of this Cordelia’s mother’s situation was that she just showed up post-marriage to Terwase. She wasn’t there when Cordelia was a poor, pregnant and unmarried hair stylist. She is the typical manifestation of the Yoruba adage of “owo epo l’aye’n ba ni la” (It is the hand that is steeped in palm oil that the world will help you lick!) Goodness, that translation is poor! Essentially, what it means sha is that, na when e dey sweet people dey show.

This is not always the situation with people paying black tax o. But, e dey happen.

Anyway, tell us, do you pay the black tax? Are you sending money back home? If you’re on the receiving end, are you a beneficiary of black tax? Let’s talk about how we can all be great together.