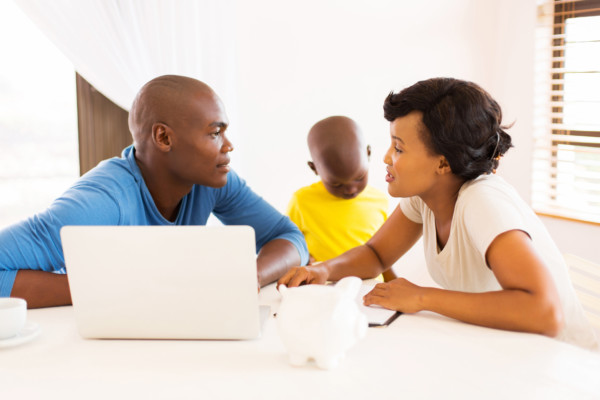 If you can’t explain it simply, you don’t understand it well enough.
– Albert Einstein.

I remember something interesting that happened back in my primary school days. We were taught “The Characteristics of Living Things” twice. The first time, there were eight characteristics listed; the second time, only seven — death was removed from the list.

In the first note, all other characteristics were elaborately explained with suitable examples. On the eighth item, it was only a single line: “All living things must die.” When it was obvious that the second note was missing something, I asked why. The teacher explained that death was not a process like the others; it was only an end. I was not convinced, yet I held my peace. He was not the first adult to speak about death with uneasiness.

Throughout my childhood, there were many instances on the subject of death. From mere discussions, folktale sessions, or actual deaths – they kept coming. But as they came, the adults found it hard to relate to children. I was content with death as a natural phenomenon, and could not understand why adults kept crying like children when someone died. Perhaps they had their attachments, but there were various reasons: love, regret, pity, or even cosmetic value. They feared talking about death to me or my ” juvenile” peers, and kept saying that we would not understand. Today, that same cycle is put on repeat, as I often find it hard to converse about death with a child. But the conversation must go on, and I’m just getting started.

Death Talks: A Taboo
It is commonplace that children are forbidden from talking about death. In my experience, I was given a blacklist of specific words never to mention, of which there was the evil “D” among them. Another one was a naughty “S,” which should be a topic for another time. There was no explanation why a ban on these subjects was decreed, but I could tell that my instructors were dead serious. How ironic.

The cycle begins with an enforcement that death is something evil and unsuitable to talk about. As a child grows up, death remains like that stranger lurking within plain sight, but never coming too close to converse with. Our understanding is left to the unsaid words and gestures from the adult teachers who seem terrified when death knocks near. They tend to run from something that will never go away, and give us a picture of a people hopeless against a gloomy end. But maybe the end isn’t gloomy; maybe they are the gloomy ones. The history books, on the contrary, state that our forefathers were not gloomy at death.

What The Folktales Say
History from our ancestors takes a different approach to what we have today. Death is accepted in a valiant manner, as a higher purpose of living. Lessons from such stories imply that no one was too young to embrace death courageously. For the Yoruba nation, Móremi Ajàsorò is a good example of courage by virtue of victory against her warring enemies, at the cost of her son, Olurogbo, as sacrifice to Esimirin. The Igalas are familiar with Princess Inikpi who willingly accepted death for the victory of her people against their assailants across the Niger River.

If we want our children to grow up with the knowledge of their cultural heritage, there will be no escape from the reality of death. More than just legendary stories, these heroes are often youths or children who embrace death for a greater cause. We would be mistaken to think that the heart of children are unable to comprehend the concept of death, or that they would live in perpetual fear. It is the adults who are in fear of death because of attachments and commitments in life, to which they erroneously feel indispensable.

Faith Without Death?
Even when adults escape the awkward details of folktales, matters of faith will bring them back. It is impossible to talk of heaven, paradise, or nirvana without death. What else is the passageway to eternal life, if not death? And why should humans be unwilling to embrace the passageway if eternal life is what they yearn for? The atheists and agnostics are not left out, as immortality lies in the legacy of men; immortals such as Newton and Shakespeare bring about an awareness of human achievement that transcends physical death.

If history and faith cannot bring us to an awareness of death, it simply makes us pretenders, or worse still, an unwise people. I reckon, therefore, that the avoidance of having death talks is a deliberate means of heaping the responsibility on someone else. Our children will get answers from us or elsewhere.

Pop Culture and Death
It is easy to see children with a mindset of death giving second chances. Their exposure to video games gives the experience of a character with multiple lives, a never-ending adventure. While this could be seen as just childish behaviour, we may see traits of deviance when they begin to take life with levity by involvement in extremely dangerous play, cruelty to animals, and portrayal of video game characters.

Pop culture also flips to tell us that some lives seem more important than others. We often attach more importance to a story of five deaths in Europe than the slaughter of an entire village in Africa. We are aggrieved by Hitler’s assassination of Jews but are passive at King Leopold’s genocide of Africans. It is the culture of selective sympathy.

A Reckoning: Life and Its Death
No foetus is too young that it cannot die; no life too short that it cannot transcend mortality. Our fear of death does nothing to take it away, nor reduce the pain that comes with worldly attachment. While we do all we can to live, there must be an awareness of an inevitable end. For it is the consciousness of death that makes life come with dignity, sacredness and sanctity. Let the children teach us detachment from the world as we teach them about death.

BN Prose – Book Excerpt: All that Glitters by C.M. Okonkwo

Atoke: Black Tax is Preventing Young Nigerians From Leveling Up