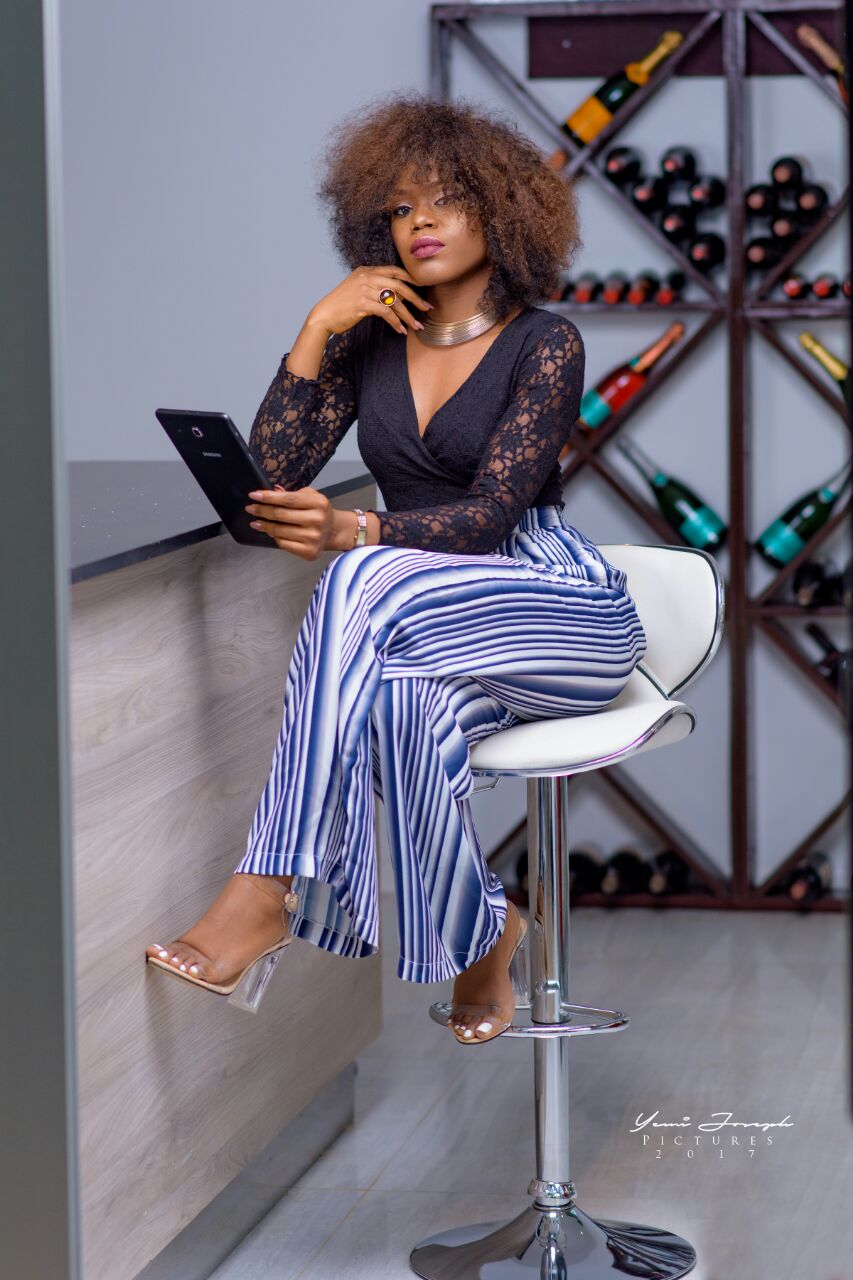 “How you go beat pikin tell am say make e no cry”? These were the words spoken by actor Rita Edwards who played the role of market woman in the now viral short film I Am Not Corrupt, produced by the Shehu Musa Yar’Adua Foundation, that gripped me and had me thinking: really, which way, Nigerians?

As much as I do understand that corruption in Nigeria has a face – politics and government, I dare say – our limiting it to those alone is truly living in denial, and is where the problem lies. I am Nigerian and I absolutely love my Nigeria; Nigeria is blessed. However, we Nigerians are the problem.

As far as I am concerned, the war of  ‘who is corrupt’ or ‘who is more corrupt’ between the government and the masses can only have one winner – the individual. I speak from experiences that have coloured my day to day life, that have had me question more times than I can recount  – which way, Nigerians?

Transparency? Let’s start with the Nigerian property scene. The money hungry and ever-so-driven average Nigerian agent, that will sell you all the tales by moonlight stories, captivating shots and profiles and plastic assurances, all because they desperately await that money drop in the ‘akant.’ In the end they deliver almost nothing or nothing at all but a building structure; nothing on services paid (well, because in your mind, you paid for a service, when in reality payment was for the collecting party’s individual upgrade and their personal development).

In Lagos, the stories of scam and disappointments experienced not only personally but related by friends and even perfect strangers are so numerous to the extent one begins to wonder, are we all not Nigerians? Why are we so deliberately wicked to ourselves for no reason whatsoever? However, it does not end there…

Service? Oh lord God! Absolutely ridiculous! My friend and I came to the point of demanding the service clearly expected from a service personnel, not only for ourselves but for others. This particular instance, I will be very open about, because it was appalling and hurtful.

We went into one of the Shoprite branches to do our regular grocery shopping, which most times ends with buying food. First of all, we noticed there was only one person attending to everyone waiting, while we could clearly see at least two other people doing nothing in particular, just there at the food wing (at least if they had been kneading dough or chopping something, it would have been an excuse). Although we exchanged comments between ourselves, we said nothing out loud. An elderly lady who was next to us did, however, very subtly, and with no tone of blame, just plainly observing and stating her observation, asking this ‘over-efficient’ attendant, who was now about to attend to us, why he was the only one attending to everyone when people were behind him doing nothing.

The attendant had no iota of respect, first for a customer about to literally add profit to the business, and secondly for an elderly lady concerned about her time being wasted or the work overload for one individual. There was no understanding of professionalism, only an obviously battered ego. He stared at her with an dismissive ‘Are you done?’ expression, then turned to us with an ‘Ehen, better person’ expression, to ask for our order!

The first thing my friend said was, ‘Are you okay? Did she not just ask you a question?’ The woman simply smiled in acceptance of this rude ‘norm,’ but people were ready to go hard for her. Some more lashes went out at the guy, and he pretended to comport. Pretended yes, because at some point, he was so pained (obviously), he decided for himself that we were done with our order and was sliding to the next person while we were still placing orders. When we questioned him about it, his defense was he thought that was all, then he reluctantly muttered, “Or is there anything else you want?” What? I mean … what?

Let’s leave the rest for personal gist, but this is one area that cannot be over-flogged, one so porous it has eaten into the giant service providers like the Taxifys, where a driver will threaten that he doesn’t know how you will do it but he must collect his money and you can’t step out of his car, money that he has decided by ‘estimate’ is his reward, when by conclusion of the trip is less, and you have paid it o! Even with some change on top, out of personal empathy. However, when the tables are turned and your estimate is less, but you are charged more by the conclusion of the trip, you pay regardless. Why, Nigerians, why?

Entitlement? A Nigerian birthright. I mean, when an individual has been given the position Head of Security or some level of authority in charge of your entering and exiting the premise, why shouldn’t he become the Lord of the Rings? (In this instance Lord of the Estate). I’m no supporter of disregarding any person just because you can or feel you are better off, but in Lagos, Nigeria, people push you to be who you are not. People test your sanity because soon you will be feeling like “Are they using something to turn my brain? Am I not a paying resident? Is my residency due/service fee not according to the individual daily bread too?” Are we not Nigerians together?

Accountability? Zero. Integrity? Omitted. “I am coming” means I am going. “I will be there in five minutes” means just camp where you are waiting. “I love you” means the total opposite of everything the word stands for. “Trust me” means I will take advantage of you. Need I ask again, are we all not Nigerians?

The list is endless. What is felt now cannot be disregarded, and sometimes, one cannot wait until the end of it all to talk. I reiterate, “How you go beat pikin tell am say make e no cry?”

I am not here to point fingers; I am Nigerian too, the individual too. I just want to give my own experience and share what I know so we can all look in and ask ourselves – Which way, Nigerians?

Do you think corruption ends only at governing and the masses’ plight? Have you been a victim of the ill-habits of individuals placed to serve and Nigerians in general? Who really is corrupt?

Foluke is unconventional. She is a Lagosian and holds a BS.c in International law and Diplomacy. An actor, writer, blogger, host and entrepreneur with a little more tricks up her sleeve. She is an optimist who loves God, food, love, life and the arts (however it is expressed) but is most passionate about writing and expresses herself best through it. She blogs at www.jasminwryts.com. Email: [email protected] Instagram: @jasminwryts Twitter: @JasmineH_W