Bernard Dayo: Women are the Driving Force in Niyi Akinmolayan's "The Set Up" 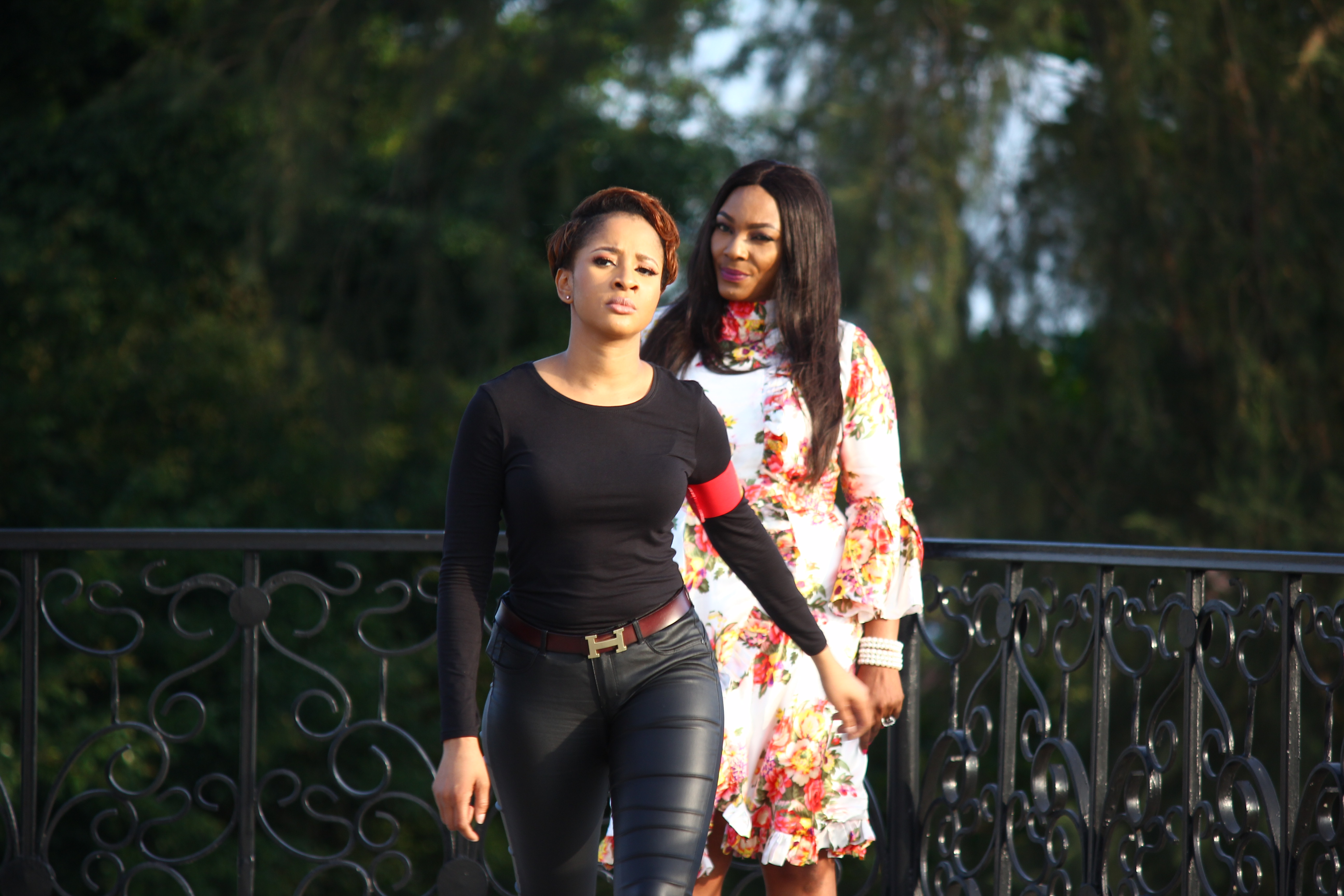 A chunk of time into The Set Up, Tina Mba delivers a quietly stunning performance. Madame, Mba’s character, slips into a liquid villainy expression and cadence, knowing that her plan is working. It’s in the lolling of her head like a doll, the slow, taunting wave of her hand, and the greasy smirking smile that never leaves her face. Only fans of horror movies will appreciate the scene, because it’s darkly satisfying.

That said, welcome to the twisty, hefty world of The Set Up, where the characters are not who they are, and trusting anyone is perilously dangerous. Out in cinemas over the weekend, the movie finds Niyi Akinmolayan (director) and Chinaza Onuzo (screenwriter) teaming up again after movies like The Wedding Party 2, The Arbitration and Out of Luck. Much of the movie’s runtime is split distinctly between four female viewpoints, and this narrative style is necessary to unravel the (very big) picture. Adesua Etomi-Wellington continues to do well in her post-The Wedding Party phase, starring in movies that flaunt her depth and range.

She plays Chike here, and her coarse, turbulent, crime-riddled background as the daughter of an assassin (now dead) is the incubator that readies her for the deceit, power play, and treacherous landscape sewn into the plot. She smuggles drugs with her childhood friend Grace (Kehinde Bankole), and after a drug bust by the authorities, they escape and are recruited into the Academy, a sort of private whore house catering to the needs of politicians and top-tier clients.

The Academy is run by Madame, a former mistress to Motunrayo’s wealthy, late father. Dakore Akande plays Motunrayo, and she will later try to make amends for a past mistake by bequeathing her shares in her father’s company to Madame. With these female characters interchangeably taking up a chunk of screen time, The Set Up pivots between scheming and counter-scheming. It’s like a chess game, with women the dominant players. ‘’Feminine intuition’’ gives way to cold, deadly calculation. Anyone at the top can be toppled, and friends can stealthily turn into enemies.

Because of the movie’s intricate design, it’s difficult to isolate and make a character study without other characters trying to overlap. It’s a set up in itself. However, the opening scenes could have done with slower pacing, and The Set Up feels like a movie that would have sparkled with an original soundtrack, as opposed to the monotonous music that laced a couple of scenes. But at the heart of Akinmolayan’s propulsive drama is women against women and for women, and it’s really lovely to watch.

Dr. Azibanigha Scott: Is Your Child Being Sexually Abused? 5 Warning Signs to Look Out For

Bernard Dayo is a pop culture writer and his work have appeared on Olorisupergal, The Naked Convos, and Happenings lifestyle blog. His short stories have been published on Afreada, Brittle Paper, The Kalahari Review and his first novel, The Year of the Space Mission, is forthcoming. When he isn't watching his favourite TV shows, he constructively uses Twitter for anti-oppression work and social justice.