Morolake Dairo: What Colour is Your Dress When You Say "I Do"? 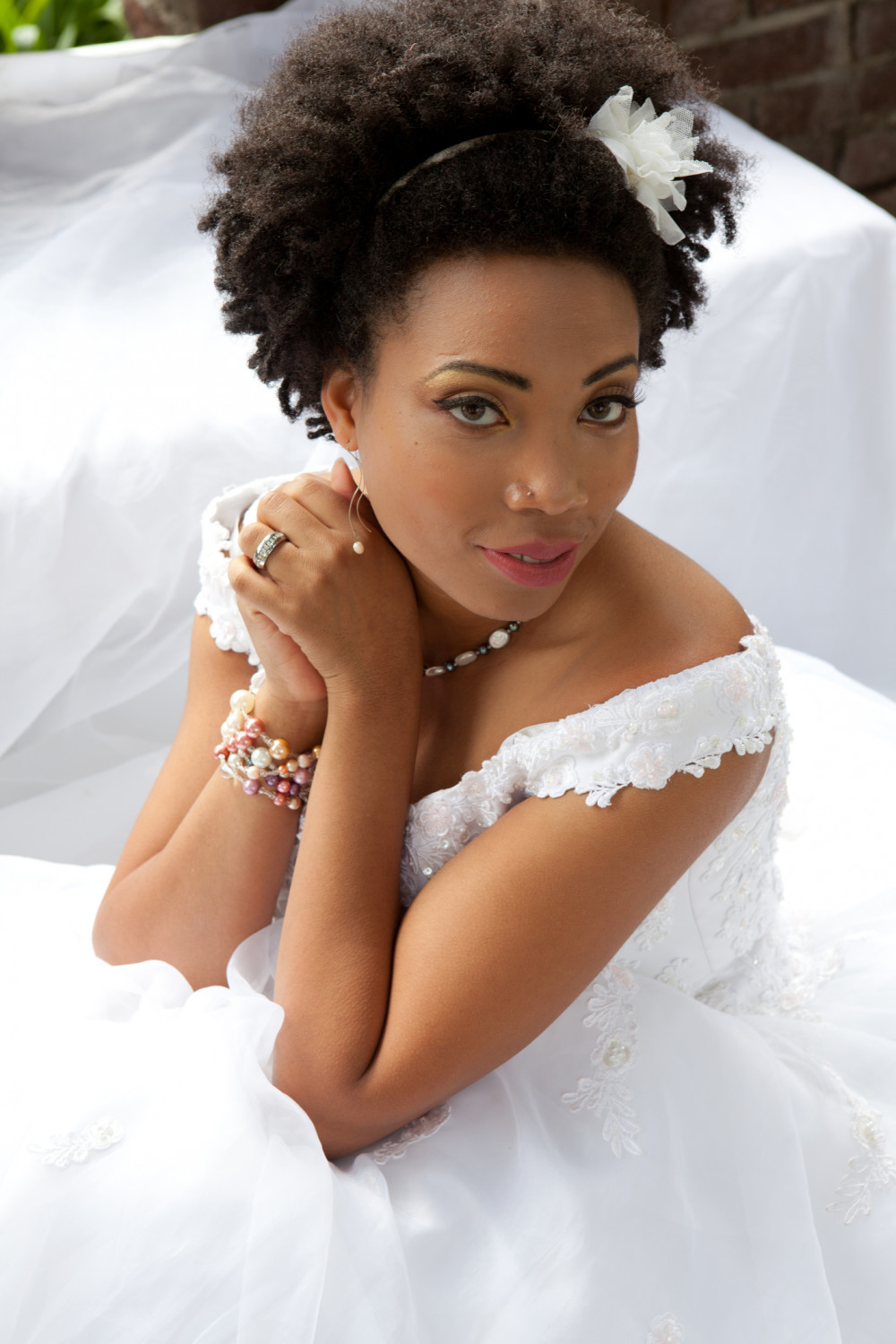 After the proposal comes the planning of the wedding; and one of the major questions that pop up for the bride is, “What Are You Wearing?” It’s usually a given that the gown is white, but who set this rule?

History reveals that centuries ago, in European cultures, middle class women wore their old dresses on their wedding day. A white gown would have been too expensive to own or maintain. In Africa, wedding outfits were usually the cultural attire of the ethnic group (wrappers, blouses, head ties) and colourful fabrics that varied, depending on the economic power of the bride’s family.

The earliest records of the white wedding gown can be traced to the British royals. In 1406, Princess Philippa of England wore white, just like Queen Mary of the Scots in 1558. However, it wasn’t until the 1840s that it gained a following – when Queen Victoria wore a white gown with hand-made lace trimmings, coupled with prudent jewellery, for her wedding to Prince Albert. At first, it was considered frugal in that time, as the aristocrat class usually wore fur, gold embroidered or red gowns.

And rather than being driven by sexual purity as white wedding gowns are rumoured to signify, her choice was driven mainly by the need to reignite sales for the hand-made laces from the British village of Beer, as she knew the wedding would be widely reported. Centuries later, and the colour has become an unwritten bridal rule. However, it seems the tides are shifting, as modern brides are exploring other options. Beyond the rules of colour, the traditional silhouette of bridal gowns is evolving to accommodate more interesting silhouettes, such as jumpsuits (Solange proved it was possible in an ivory coloured jumpsuit), Tuxedo ensemble and shorter hemlines.

In Nigeria today, some brides completely overlook the white wedding gown look and stick to the traditional wedding gear for their big day. While some brides change to a “reception dress” to reflect their personal choices in terms of colour and silhouette.

I am of the opinion that personal style should determine the choice of a wedding gown. (But as a Yoruba woman with a very active nuclear and extended family, I know a black wedding gown may not be negotiable. Still, I’ll try.)

Find out what “colour” of bride you are (P.S: If you’re married, you can rebel at your renewal of vows ceremony) from the various categories below. Perhaps, you can change the history of bridal outfits just like Queen Victoria.

Retro – Vintage Bride
This kind of bride will venture toward more classic silhouettes, such as the ball gown and softer hues that include white, grey, blush pink (Think Linda Ejiofor’s wedding gown) and ivory.

Glam Princess Bride
As a glam princess, you will most likely go for bolder colours or a more dramatic silhouette such as red or purple. This kind of bride may stick to the princess gown look, but is open to exploring more silhouettes.Bird

Alte/Dramatic Bride
Are you the kind of bride who completely breaks the rules? You will most likely go for an avant-garde look with distinctive colours like red or a patterned outfit. For the silhouette, think “long, dramatic train, coupled with a tuxedo ensemble.”

Minimalist Bride
A minimalist bride will most likely go for a more relaxed look such as black, white, ivory, and will stick to her day to day silhouette; something she finds comfortable such as a jumpsuit or a simple gown silhouette.

Traditional Bride
This type of bride will most likely stick to the traditional outfit of her ethnic group or adopt a trado-modern twist which will be reflected in the silhouette and colour choice. For example, a white-coloured traditional blouse and wrapper ensemble.

Eziaha Bolaji-Olojo: Don’t Be So Quick to Fire Your Domestic Help!