#LiterallyWhatsHot: "The Bones of the Kitty's Kill" Will Stimulate Your Imagination 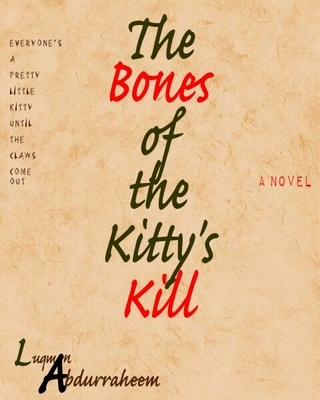 Starting out from a time during the Nigerian Civil War, and cautiously following the life of a stand out character, Maliq Waziri, as he navigates the turbulent waters of rank, power, and family, The Bones of the Kitty’s Kill by Luqman Abdurraheem is a captivating and enthralling book that stimulates the imagination of the reader.

I am particularly impressed by how the author captured the Nigerian Civil War; he did a terrific job with his narration of what life was like during the war, and he did so in a logical sequence, not betraying any anachronism.

The Bones of the Kitty’s Kill is didactic and replete with important life lessons, which the reader can take away.

Maliq Waziri first comes into the picture when he and some other teenagers are stopped by the Major and Captain, who are patrolling an area and are then ambushed by soldiers from the eastern part of the country. But for Maliq’s adrenaline-fuelled moment of crazy and risky ingenuity, all of them would have been killed by the soldiers who were ready to open fire.

Fast forward eight years, Maliq has begun a military career, and is commanding the respect of people and attracting their admiration too. He eventually marries the beautiful but stubborn and feisty Christine, and ventures into the dangerous world of a secret society in his quest for enduring power.

Because of his desire for lasting power, Maliq joins The Council, a secret society with very strict demands, which includes not having a child. Consequently, Maliq has to enter into something like a surrogate arrangement with his friend Miriam, so that his kids with his wife Christine are raised by Miriam like her own. This weird arrangement weakens the substance of his family and causes it to become dysfunctional, and is made worse by the fact that Christine cheats on him and has a son, Zach, with his “frenemy,” Dayo.

The Bones of the Kitty’s Kill, in its didactic nature, highlights the fragility of the family arrangement when husbands and wives live apart from each other in their marriage. Because Maliq is often away on military duties, Christine becomes pressured to seek warmth in the arms of another man, with sad outcomes when the truth eventually comes out in the open. Christine carries on the lie and deception for twenty years, but like it is often said: lies always have an expiry date. However fast the lie may run, the truth will always eventually catch up with it. And that is what happens when Maliq finally finds out that Zach is not his son, but that of Dayo, his friend turned enemy. There are yet many other twists and turns throughout the story’s plot, which ensures that the reader is held “captive” until they reach the final page.

Want to read The Bones of the Kitty’s Kill? Get a copy here from the OkadaBooks Store.

Adebimpe Alafe: Hey Teenager, Are You Going Away to University?

Mugabe’s End of Life Journey, Burna Boy’s Refund & Davido Got Engaged |What Went Down this Week