How Does Your Obsession with 'Runs Girls' Make You Lose Basic Human Compassion & Empathy?

This week, there was a video of a lady who was dropped off by the roadside in Ajah, making the rounds on social media. She was naked, thin, mentally unstable, battered, injured and starved. From the video it was visible that no one volunteered to get her covered or seek help. Instead, people swiftly whipped out their phones and started taking videos and photos of her.

You know, it is very worrisome the way humanity in Nigeria has hit the bottom. Our first impulse – when people are in trouble, when there’s an accident, when there’s fire outbreak and so on – is to take photos and be the first to break it on social media.

As troubling as this is, the most distressing of all is the speed with which people tagged the lady a ‘runs girl’ and a ‘prostitute’ who has been used for rituals by Yahoo boys.

Before we have this discussion, let’s show the opinions of some Nigerians on social media, so you can understand better. 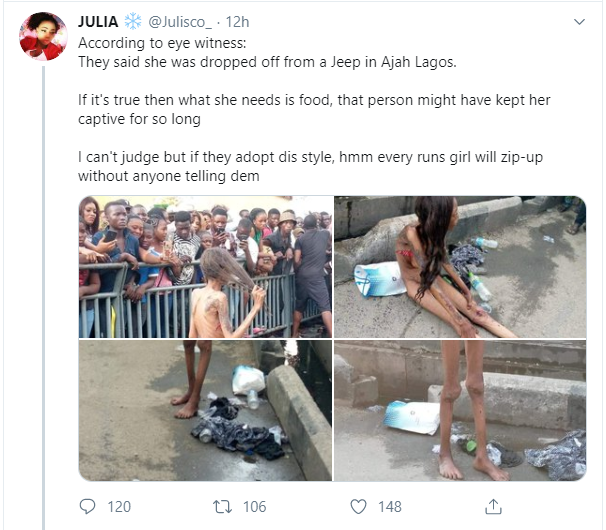 This person said “I can’t judge” and then went ahead to say “If they adopt this style, every runs girl will zip-up”. There are two major things wrong with that sentence. One, she has tagged the lady a ‘runs girl’, and two, she is advocating that more of this should happen. She believes doing something as vicious as this to a human being is justified. 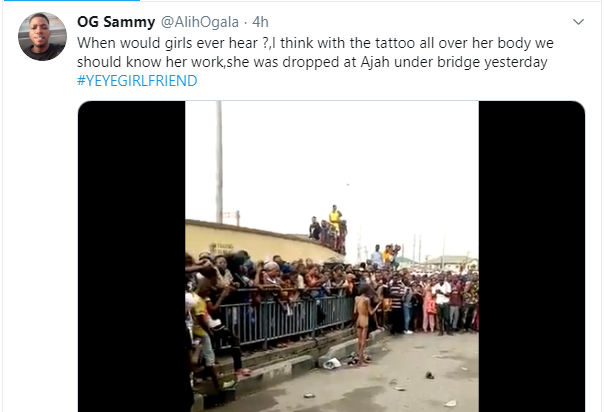 What is wrong with this opinion? Profiling!

For the past few years, Nigerians have been laying emphasis on how tattoos and dreadlocs do not make people irresponsible. But here’s a guy who has concluded that the lady must be doing certain ‘work’ because she has tattoos. Now, just imagine if this kind of person becomes a SARS officer tomorrow. Aside from that, he has also successfully shifted the blame from ‘perpetrators’ to the ‘victims’. 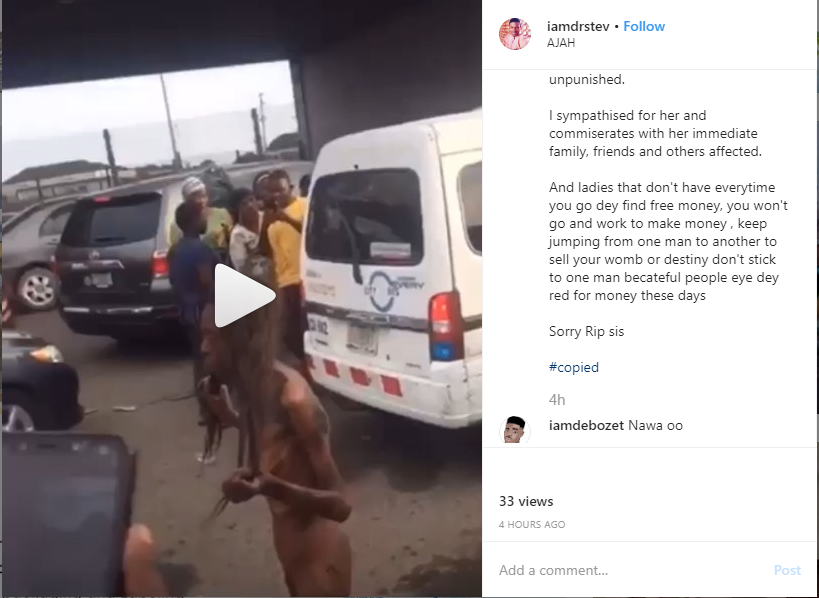 Apparently, of all the problems we have as a nation, Nigerians’ major problems are the runs girls. Every occurrence in the country is a chance to take a swipe at runs girls or prostitutes, degrade women and dish out unsolicited advice on why women should be ‘content’ and ‘decent’.

Few months ago, when some women were dumped by the roadside with their private parts cut off, people – as usual – concluded they must be runs girls and dished out series of advice to women. Today, the same thing is happening all over again.

Does it mean we don’t learn, unlearn and relearn as a people? How can we combat crime when we always blame the victims for everything?

These repeated cycle of blaming women, mocking women for ‘following men with Benz’, advising women to be contented when bad things happen just shows how deeply patriarchal Nigerians are – even with our level of education and the amount of sensitization going on.

No one blames men when they are picked up by SARS and everyone agrees that the victim’s appearance is not a determining factor for harassment. Why then does the narrative change when it involves women?

This issue is deeper than we think. It means that no matter how hardworking and accomplished you are as a woman, if, God forbid, you fall into the wrong hands today, people will not just paint you with the brush of a prostitute, but they will write an epistle on how you deserved it. It also means that Nigerians believe that sex workers do not have the same rights as everyone else and they deserve whatever comes their way.

This thought-process is scary and injurious to every woman in Nigeria. Thankfully, some Nigerians still have the fear of God. 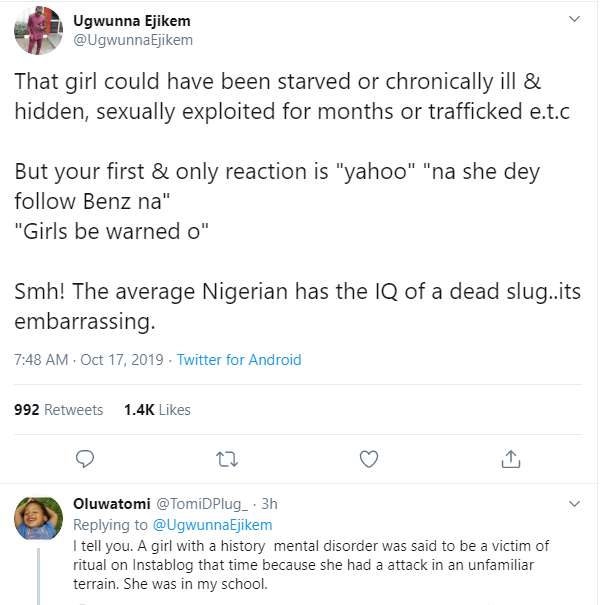 When things like this happen, Nigerians suddenly become preachers and special advisers. They wear their faux morality as if they are auditioning to enter the gates of Heaven. The odd part of it is that they never advise the offenders, it is always the victims who are recipients of the stern warnings.

If it were a man or a child that was found in that situation, would they be accused of doing runs? Of course not!  Why then are people swift to call women prostitutes when they become victims?

A few days ago, a man was also dumped by the roadside around Degema LGA. People immediately became sympathetic and rallied round to help him. No one took videos to shame him, neither did they accuse him of doing runs. Alas! The case is always different when a woman is involved.

It shows one thing… that Nigeria is not a safe or conducive environment for most women. Rather than protect their women, Nigerians would rather shame them and give unsolicited advice on why they should “dress decently” and not “follow yahoo boys”. 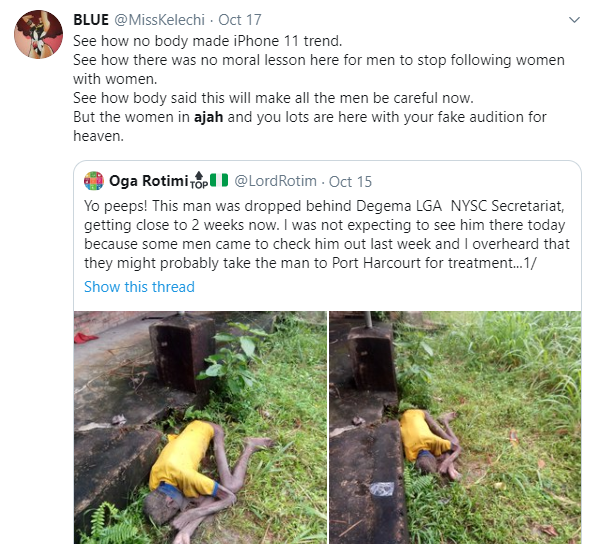 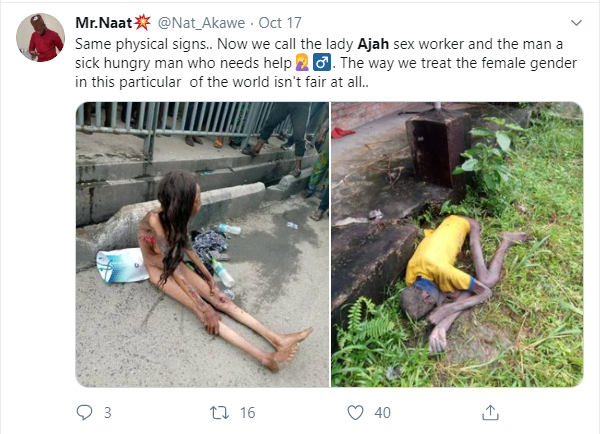 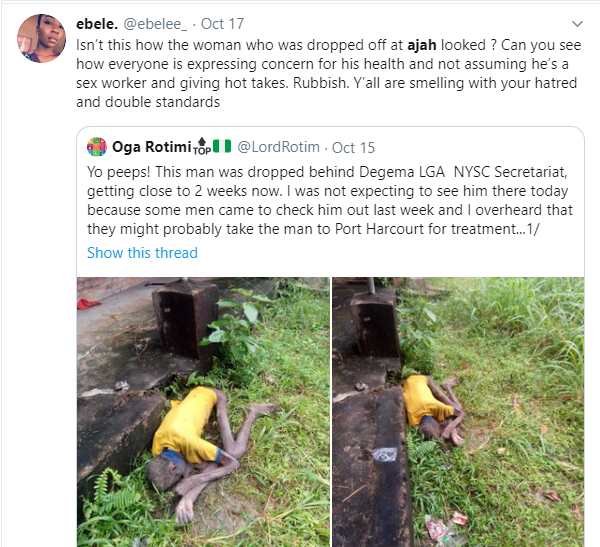 Presently, the lady in question has been discovered to be sick and taken to the hospital. 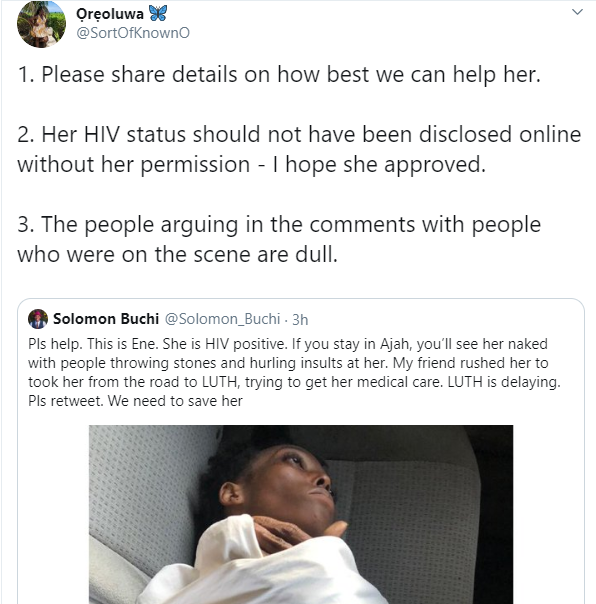 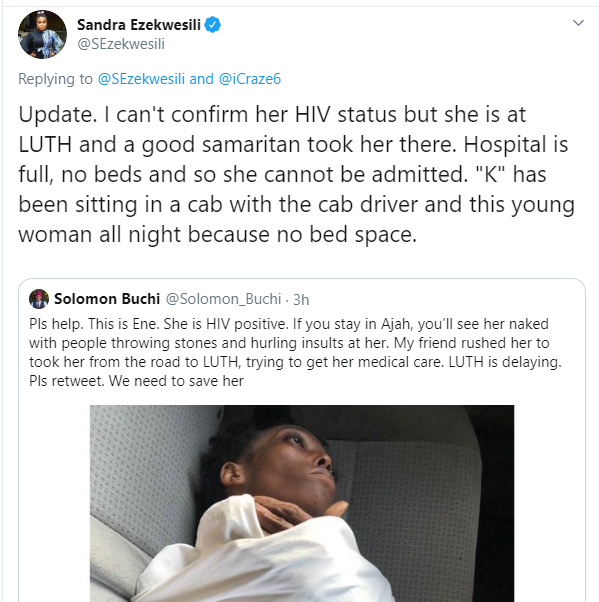 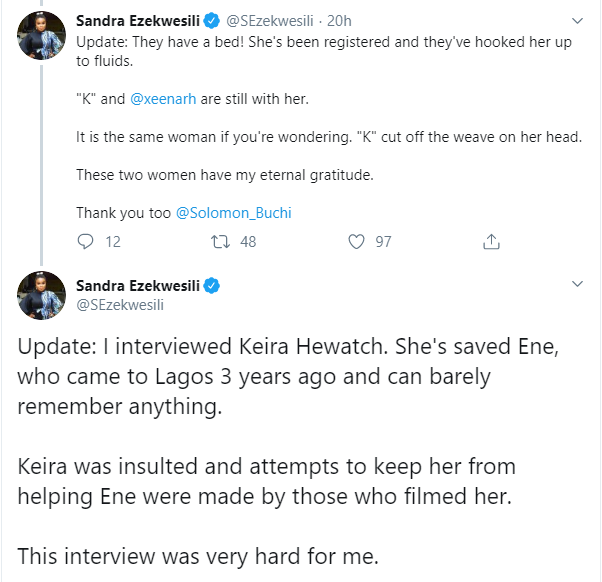 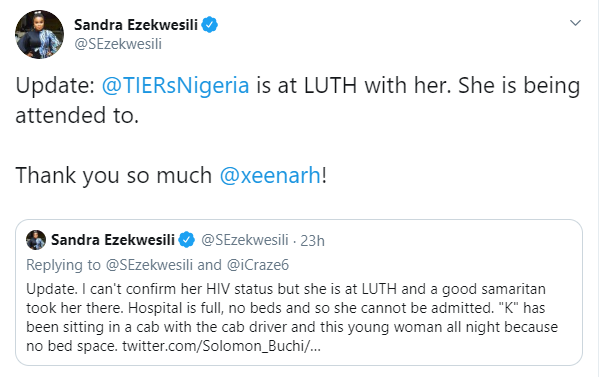 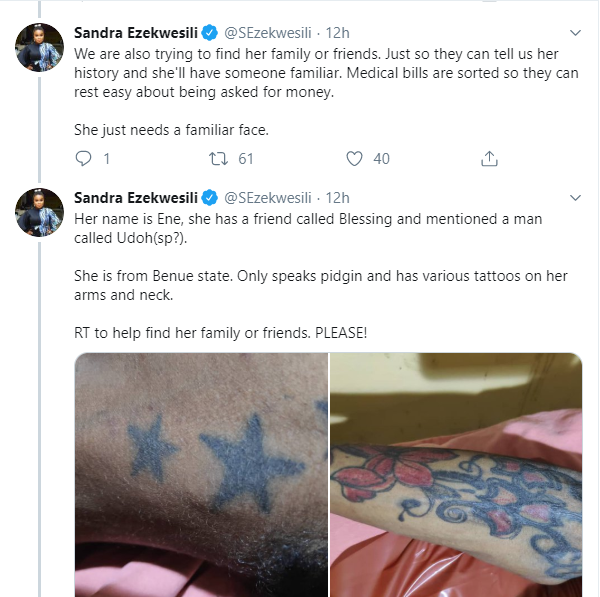 This whole incident has again shown how swift Nigerians are to vitiate women and think the worst of them. No matter how right you live as a woman, people will wear the morality wig and still judge you when something goes wrong.

The only solution to this is never to keep quiet as a woman (and man). Try to enlighten people who need more insight and don’t be mute when people are saying the wrong things.

As Nigerians, we also need to do better with helping people. Taking photos or videos for clout when something bad happens is very wrong!

Help! Help when you can. The country is hard enough and people need your help. Don’t look away.

BN Climate Change Conversation: Jennifer Reminds us that We Have a Crisis on Our Hands & We Need to Act NOW