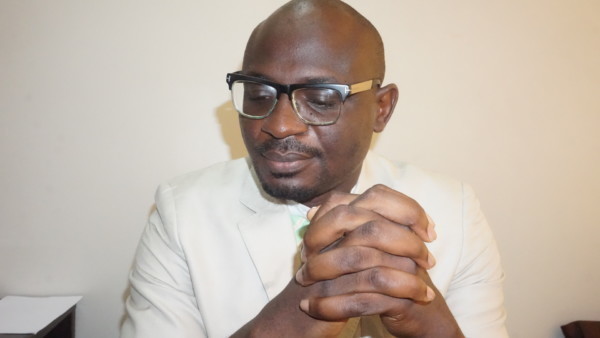 When I received a text message from a longtime friend asking me to speak with a friend of hers, concerning a book project this friend of hers was working on, I knew I couldn’t say no.

I saw it as an opportunity to do something in return for a friend that has been there for me through the many circles and curves of my life. It was a time to pay back so many unpaid favours by doing something small in return.

The message from Eriye, who introduced herself to me as the friend in question, was pleasant. She told me about the novel she was writing and requested that I took a look at it whenever I had the time. I struggled with an excuse to get off reading another manuscript because of all the things on my plate at the time. But I had made a promise to a friend that I intended to keep.

However, when I read an excerpt from the upcoming novel, I was entertained by the humour and intrigued by her succinct narrative – and I told Eriye this.

You see, I have low-key known Eriye Onagoruwa, nee Okoko, for some years now. We lived on the campus of the University of Port Harcourt at about the same time when my dad worked there briefly. We were in Law School the same year and we share the same state of origin. Her brother, Kenebi and mine, Tari are friends, but those weren’t the things that influenced me.

What got me was the determination of a woman with a successful career in oil and gas, a wife, mother and businesswoman, to reinvent herself, assume new responsibilities and start a new career many years after leaving Law School.

I am a sucker for new beginnings and the courage to take on new challenges. For Eriye, it is the challenge of breaking into the literary world and the movie industry. I wish her all the success she deserves. I extend these wishes to everyone out there with the audacity to master a new craft.

Last week, the world celebrated ‘No Bra Day’. The idea of the day is to promote breast cancer awareness across the globe – and the buzz was electric. I saw a number of very informative posts on the subject of breast cancer, ranging from self-examination to early detection and treatment.

Because I’ve had very close friends who succumbed to cancer, I’m always interested when conversations about the scourge come up and I’m hoping to one day be a part of a very significant advocacy on the disease. I’m also excited about the heightened awareness, particularly here at home as more and more women are finding their voices and the courage to share their heart-breaking stories.

I believe this is a good time to commend all those who spoke up and those who went beyond just lending a voice to posting pictures as proof of their compliance. Going by some of the posts and comments I saw on social media, it appeared that a number of ladies used the opportunity of the campaign to ‘sell their market’, but that didn’t distract me from the significance of the day and the message our mothers, wives, daughters, sister, aunts, and nieces wanted to pass across. And I dare say they were successful and no doubt next years’ would be bigger and better – but hopefully with less of the marketing ladies.

Following how warmly my debut online story series, The Mechanics of Yenagoa that ran on my blog from late 2017 to early 2019 was received, I have been encouraged to begin a new series. The new series, Rain Can Never Know, follows the life of Rain, a fascinating character navigating the world of big business, powerful men and everything else.

As with my first series, the story develops as I write.  It’s a difficult but fun way of telling a story and this is a format I hope many young writers out there will dare to undertake.