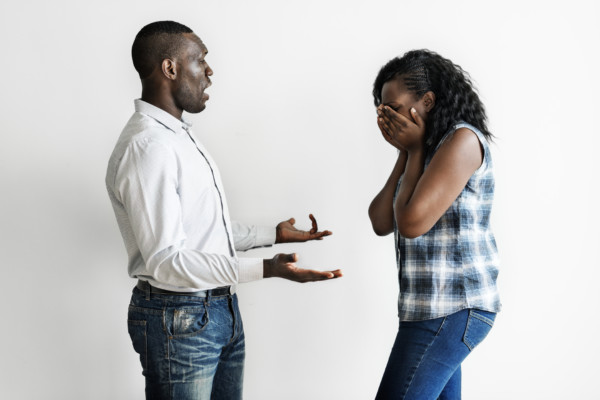 By now, everyone has heard the story of the lecturers who were caught on camera harassing BBC African Eye undercover journalists, who were pretending to be students.

While this is a trending topic and everyone is currently talking about the many cases of Nigerian lecturers demanding sex in exchange for better grades, permit us to bring a different dimension to this whole #SexForGrades saga, which is, the show of power in Nigeria.

Have you paused to think that lecturers sexually harassing students is not just about satisfying their unending sexual desires; it is also a show of power. For those lecturers, it is an opportunity for them to flex their muscles and prove that no matter what you do and no matter how much you read, you cannot pass and graduate, if you do not do whatever they ask you to do. They are saying: “I have the ultimate power and can do as I like”.

Let’s break it down further…

Every sector in Nigeria has power centralized with a few people.  If you look well into the political structure of this country, you will realize that certain people call the shots, and they are few. Even the president once complained of a ‘cabal’ trying to highjack his office.

It is the same thing with the police force. A lot of people on social media have noted that it will be slightly difficult to end this SARS movement, especially if you are trying to do that from the bottom. Why? Because the problem is not just those police officers who you see daily, the major problems come from their ‘ogas at the top’. That is why, even though Nigerians have been screaming and complaining, the response to this issue has been filled with reluctance and handled with kid’s gloves.

We all complain about touts and agberos in Lagos and the steadily increasing rate with which they extort people, yet nothing has been done about them, why? There are powers that be – it is this power (or the assurance of it) that fuels their fearlessness and lack of empathy. 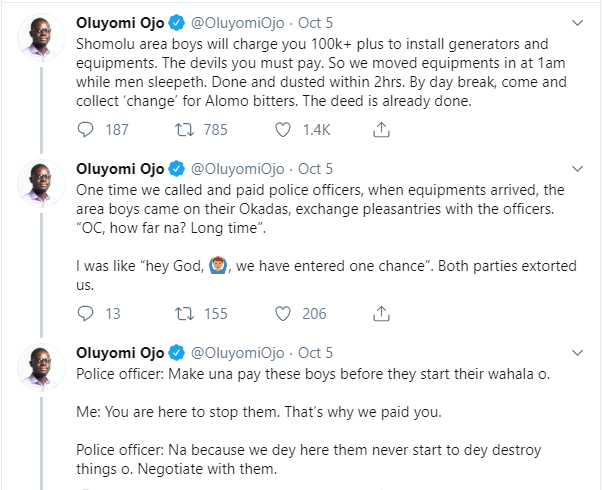 This is in every sector across the country.

From the LASTMA officials on the road, soldiers in uniform, the secretary of that big madam you urgently need to see, the manager of that company who wants to give you a job, to that lady who screamed “do you know who I am?” when you told her she was wrong, everyone wants to show you that they have power over you and you can do nothing about it.

We need to begin to ask ourselves the ‘tough’ questions and have discussions that we would normally have shied away from; why is it that Nigerians, who have gotten to the position of power and authority, constantly feel the need to oppress those who are beneath them? There is something fundamentally wrong with our societal beliefs and culture, and we need to change it. The culture of “I suffered to get to this position, so you must suffer too” has to go!

One necessary step to take is to empower the voice of the people and ensure that power is not concentrated on a person or a certain group of people. In Nigeria, we claim to run a democracy where power “belongs to the people”, but how many Nigerians are bold enough to use their voices? And what has happened to those who have spoken against the government or led a ‘revolution’?

A nation whose people have lost their voices is a nation that can never move forward – no matter what you do.

It is bad enough that there is no much anyhowness and abuse of power in Nigeria, but it is terrible that this abuse of power is matched by a lack of accountability. There are no consequences for bad actions, so people in positions of power can behave anyhow. This emboldens perpetrators and ensures that those who are being abused cower and grovel under their abusers.

It is not uncommon to hear policemen say things like “I will shoot you and nothing will happen” or lecturers say “Go and report if you like, I will still deal with you”. They say this with confidence, because truth be told, they and their oga are working hand-in-hand. The boss is aware of his subordinates’ escapades and supports it as long as he gets his own share.

So when people talk about reporting your wayward lecturer to the Dean or the Head of Department, the question that should be asked is: how can you report an abuser to another abuser and expect to get justice? What is also the fate of those who have dared to do that?

There are two major solutions to this:

One is to change our orientation and mindset as people and get rid of the culture that encourages people to suffer and ‘do whatever it takes’ to succeed.

Another way is to empower our judicial system. We need to establish an incorruptible disciplinary system in each school and build an atmosphere where students can not only air their opinions without being harassed, but can also be rest assured that they will get justice when they report corrupt lecturers.

This is not restricted to universities alone. Every sector in Nigeria needs to go through thorough cleansing and dissemination of power. We cannot move forward as a nation if we continually have an avalanche of bedbugs snoring in our beds.

Chinma Eke: Sexual Abuse is Coming For Us All…Now is the Time to Speak Up!