Nigerians and Ghanians have joined the discussion on Twitter, with victims are sharing their experiences, people are condemning the act(s) and of course, we have some who… well, you need to see the tweets yourself to believe.

The lengths women go to, just to be free from sexual harassment 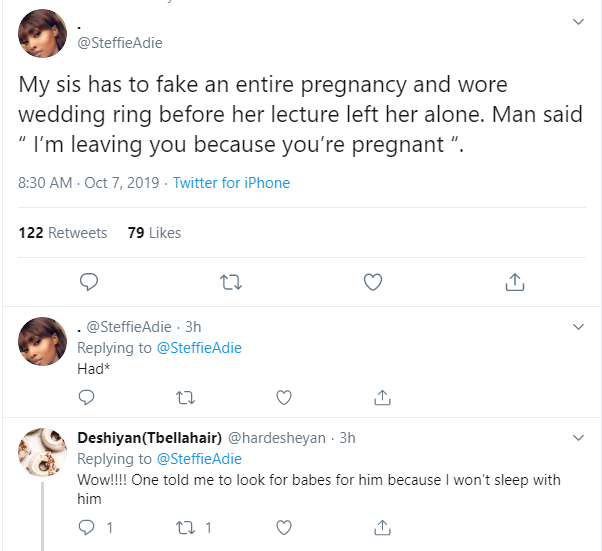 It doesn’t start from the university 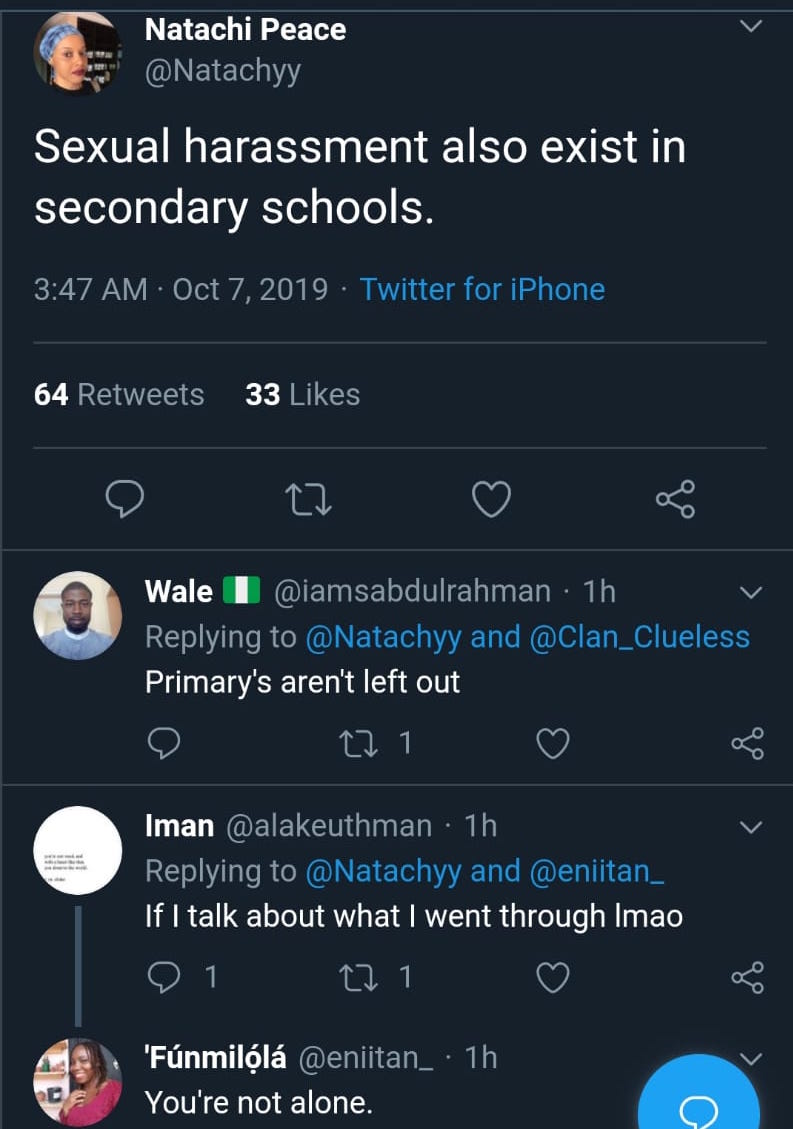 A case for better parenting

A case of the third party effects of sexual harassment

It’s everywhere around us; you only need to look closer to really see it. 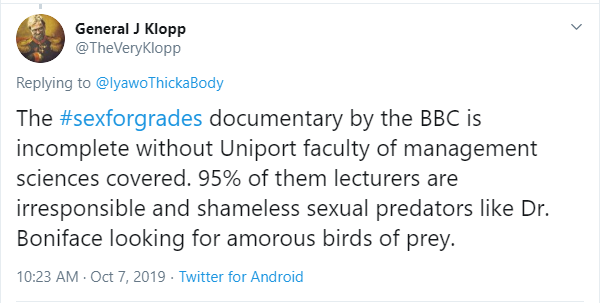 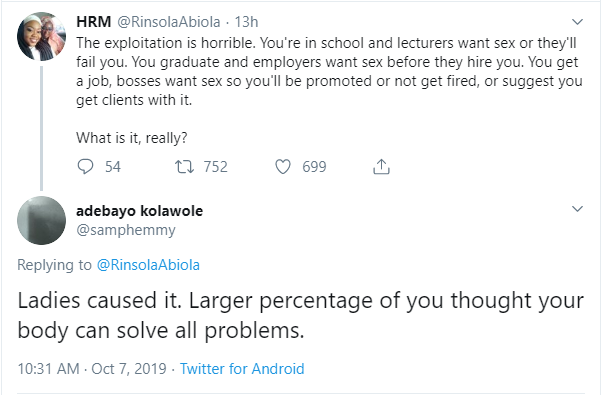 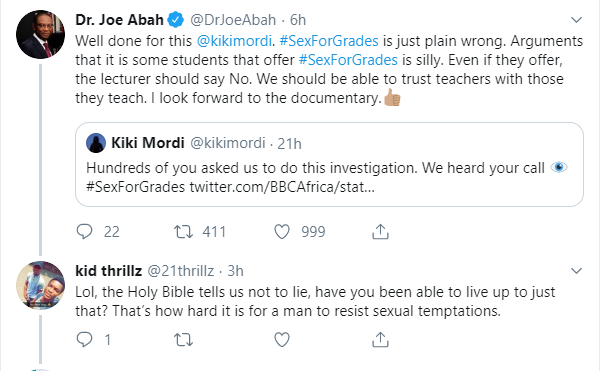 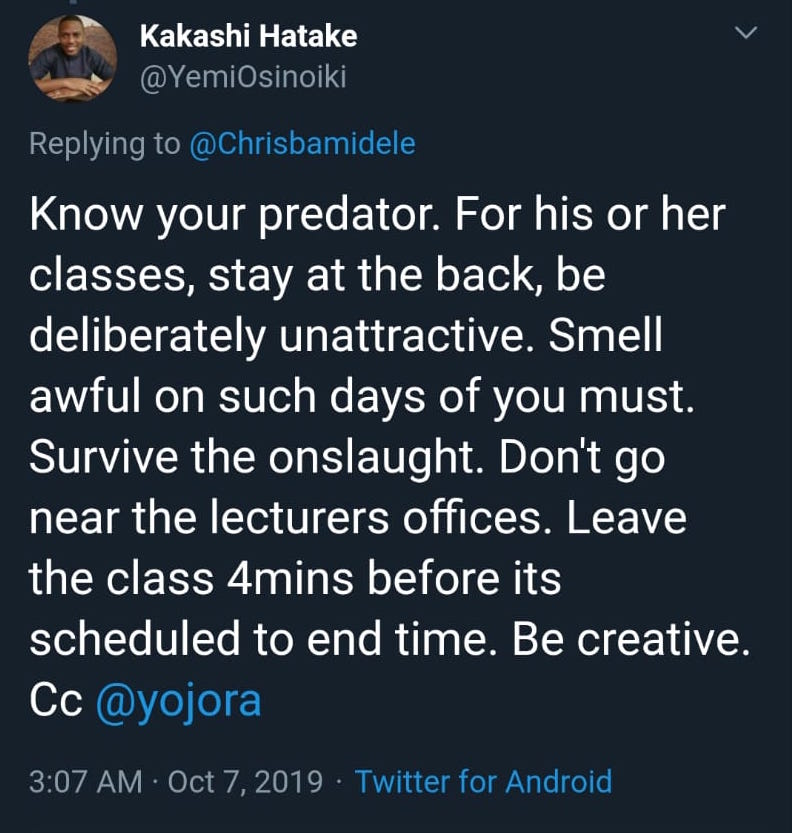 There’s the fear that even if you speak up, nothing happens. 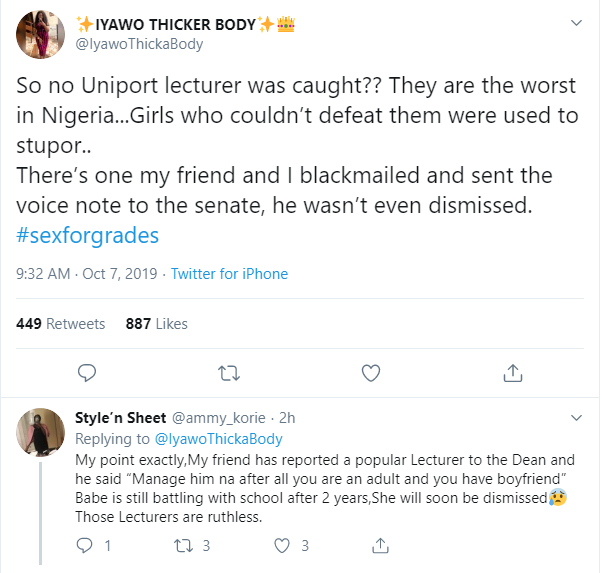 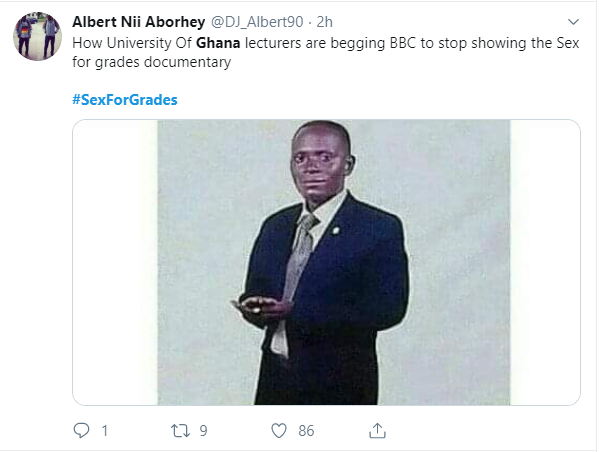 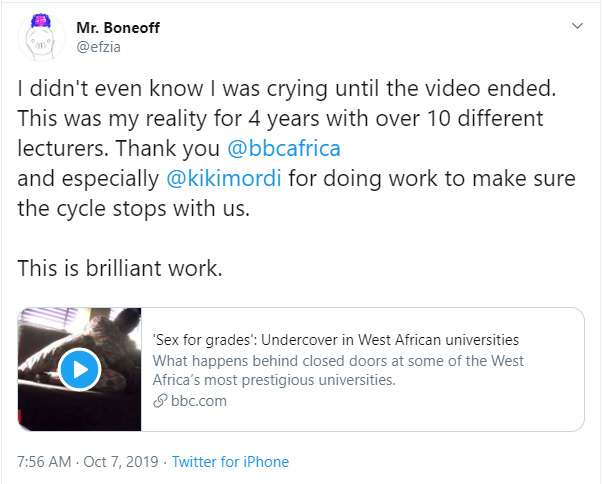 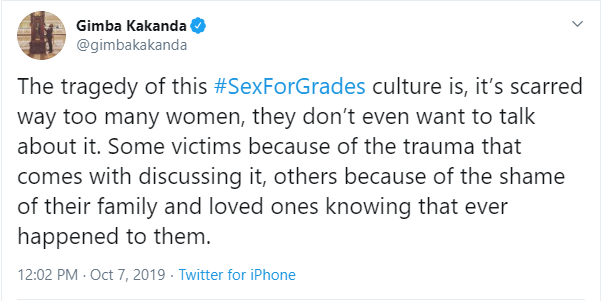 Saving the next generation

Those who believe foreign media has an agenda 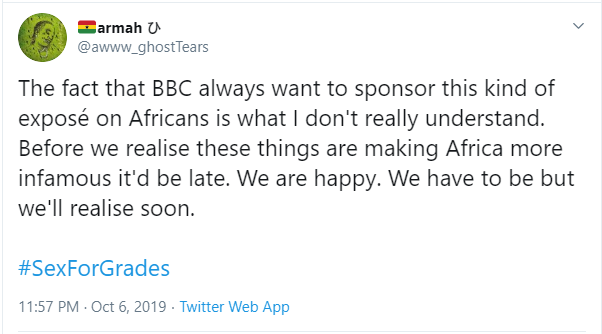 Meanwhile, it is important to note that the Sexual Harassment in Tertiary Education Institution Bill, which was passed in 2016, provides for a five-year jail term for a lecturer convicted for sexually harassing male or female students. We hope that this is bill is signed into law soon.

If you are a victim of sexual assault or rape in Nigeria, please check out this list of resource centres where you can get help. 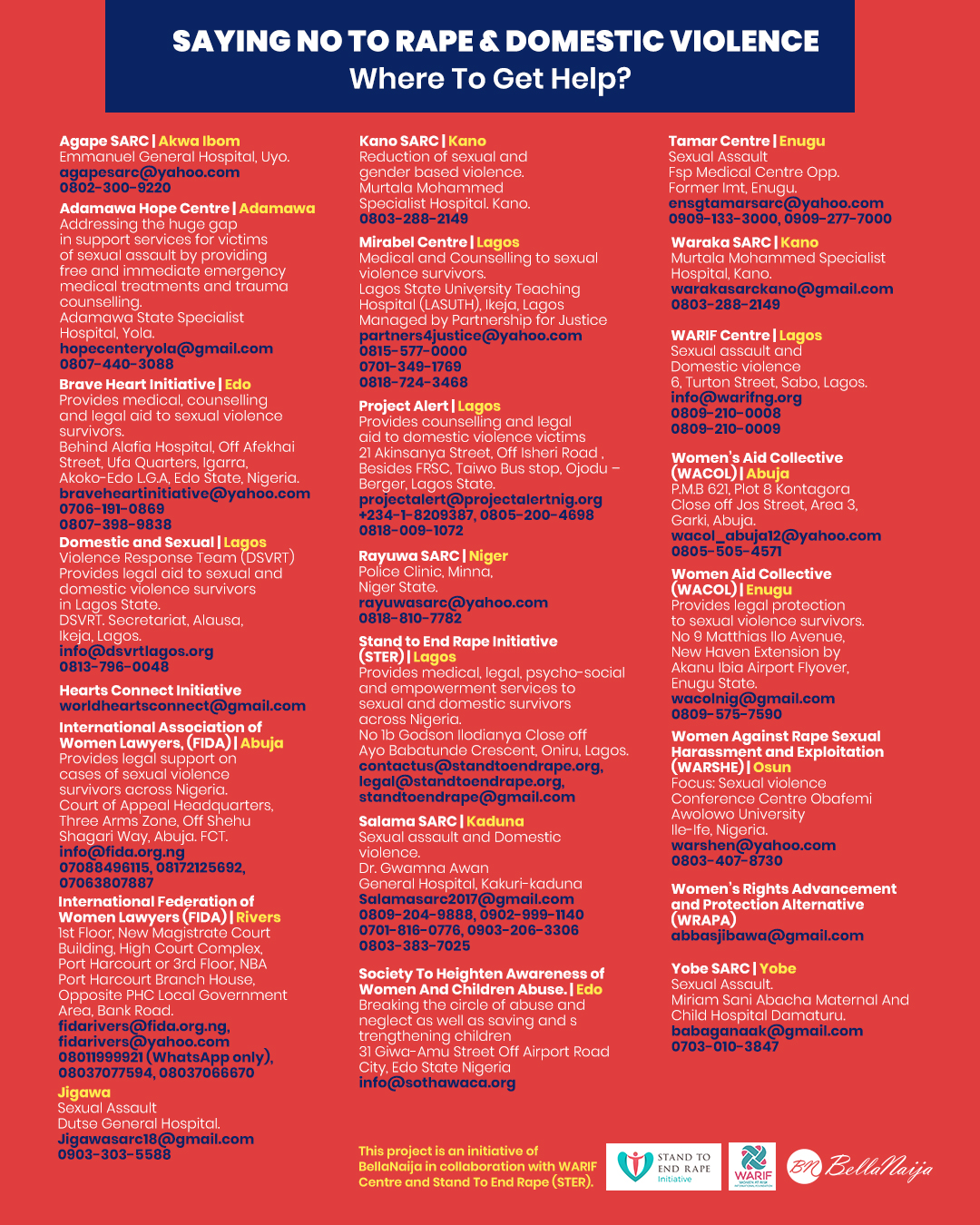