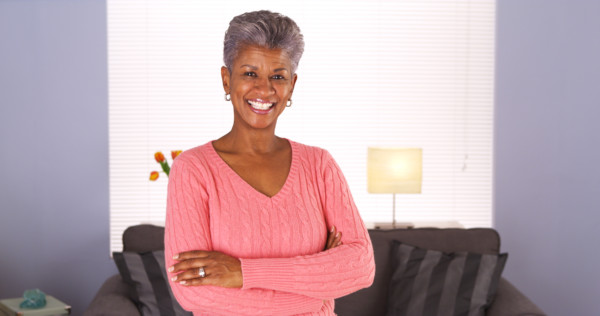 A few weeks ago, Nigerian singer Simi tweeted about the sacrifices women make for motherhood. She said and I quote directly “What baffles me is that there’s a tendency, especially for women, to forget their own personal needs when they have kids. It becomes their core. So when these kids grow and find independence, the mom is empty. And then the kid says “I didn’t ask her to do it.” And it’s true.”

I am addressing this issue because Simi has grown to be one of the influential figures in the Nigerian social media space. With about 1.7 million followers on Twitter and 5.7 million on Instagram, surely she has a voice and platform to influence social issues in Nigeria. When I came across the tweet, my instinctive response was, “have your own child first before saying anything.” But then, I would be guilty of killing the message because of the messenger.

I decided to explore the message further because it has a certain resonance with me. In this age of women empowerment, truly women are beginning to take off the cloak of the traditional housewife role. Although, I would argue that the traditional African woman was never a full-time stay-at-home mum. Up till today, when you visit traditional rural areas in Nigeria, you find women working on the farm or doing a form of subsistence work to take care of herself and her children – even in the absence of a man.

In the Niger Delta, for example, childbearing has never stopped women from working. I have always maintained that in Africa, education is never a barrier to financial independence for a woman. For example, a woman in Nigeria may not have seen the four walls of a formal school but she could attain financial independence through various economic activities such as trading, farming or learning a skill such as sewing, hairdressing, etc. We, therefore, need to revisit this narrative of Nigerian women’s role as solely that of childcare. Anyway, I digress.

Despite this background, I understand that there is a recent phenomenon of women completely placing the needs of the children above theirs by forgoing other activities. They should not be castigated for this. First of all, nobody in this world can totally comprehend the concept of a woman conceiving and giving birth to children.

There was a story of a woman during the Second World War who took off her clothes in the scalding cold of Europe to wrap up her baby leaving herself naked.  She also used her body to wrap the baby exposing her naked self to the terrible cold and passing her warmth to the child. The child survived while the mother died. If a mother is willing to give up her life – her precious life, then giving up every other thing pales in comparison. Other pleasures of this world become nothing to give up.

This is a phenomenon that cannot be explained but only experienced. Let’s not think that this is only a Nigerian issue. Ruth Davidson, the leader of the Scottish Conservative Party, recently quit her prestigious position as party leader to take care of her son whom she had the previous year. She said her personal priorities changed after having a baby, and the prospect of spending hundreds of hours away from her son and partner during a possible election campaign now filled her with “dread”. So blaming mothers for forgetting their needs in favour of her child is highly misplaced in my own opinion. It shows a lack of understanding of the connection between a mother and her child.

Emptiness happens to people, irrespective of whether they have lived fulfilled lives outside of their children. The empty nest syndrome is the feeling of grief and loneliness parents may feel when their children leave home for the first time. This emptiness leads to loneliness and even sometimes depression for most women. According to Psychology Today, people want their children to grow up and lead independent lives. Yet parents often feel lonely, sad, and filled with grief when their children depart. Although it is pronounced among women who were full-time mothers, all mothers experience it. One way mothers cope is to maintain contact with the children and this may be seen as being controlling. Close to the empty nest syndrome is the helicopter parenting style where parents are heavily involved in their children’s lives.

We must also understand that women who have let go of everything to focus on children may want to control their children’s lives, not out of maliciousness, but because of the same protectiveness she has as a mother. If children can understand this, when there is a disagreement, issues will be resolved in a way that will maintain the relationship with the mother who gave up everything.

Another reason why women may concentrate solely on their children is due to cost. In the UK for example, childcare is ridiculously expensive that if you work as a mother, you are essentially giving your salary to the child caregiver. Recent research shows that women want to return to work after having children but the cost is becoming increasingly high. If such women decide to stay out of work to conserve money for the whole family, are we going to berate her?

Please let’s not encourage  ingratitude, no matter the difficult situation that child may be in. I know that Black Tax is real and it’s becoming difficult to meet extended family’s needs especially when you have yours to satisfy. However, it should not be an opportunity to castigate women who have taken such an important role.

In the present Nigerian economy, if both parents work full time, what that family has essentially done is contract some part of the caregiver and nurturer role to another person or institution. Some women may not feel comfortable doing that due to a myriad of reasons ranging from trust and the inherent belief that no one can take care of your child better than you.

In addition, life happens to every one of us. A woman may have all the glory of fulfilling activities prior to having children and then everything changes after the children come – illness for example. I know a lot of women who have had children and their health never remained the same. The body simply gave way as a result of pregnancies. These women have no choice but to concentrate on the children foregoing “work” in order to stay alive. Will you begrudge such a woman if she chose such a path?

In terms of expectations, having let go of everything to focus on the children, it is simply human to expect returns and appreciation. Anybody who invests expects something back no matter how small it may be. In the Nigerian economy where pensioners are owed for months, is it too much for a mother to ask for help from her children? Come on nah!

Essentially, the message I am passing across is that it’s so easy to blame women who sacrifice all for their children. Or point accusing fingers to women who still want to have a say in their children’s life. But let’s not fall foul to such easy and cheap blames.

“Motherhood” is an identity that you take on and bear until the time of your death. Just as any identity, it’s difficult to shed after you have essentially denied yourself for that life.  What we should be advocating for in Nigeria, and even around the world, is to create a society that makes motherhood easy for women to pursue other self-fulfilling activities despite having children. An example is subsidised childcare cost. We could also develop an environment where one can work from home, or create offices where a woman can bring her child to work, thereby making it easier to pursue multiples goals.

We could also create opportunities for women to return to work after having children instead of organisations turning down women with young children or recruiters not wanting to hire women who have been off jobs due to childcare. Please, let’s not isolate mothers from the society if they take on this very important role of primary caregivers to children. Michelle Obama, in her memoire “Becoming”, deeply appreciated the great role her stay-at-home mum played in her life and the many sacrifices she made ensuring that there were warm meals when she returned from school. That’s the spirit we should cultivate.

This is not to encourage women to let go of themselves when they have children, but that whatever role a mother decides to play as a result of having children, she should be well appreciated for it.

Ru is Paying Black Tax Even Though It is Draining & Difficult

Ibukun Ajayi: Be Thankful for the Little Things