#DettyDecember is Here So We've Got To Talk About How to Avoid SARS on the Beat...Down! 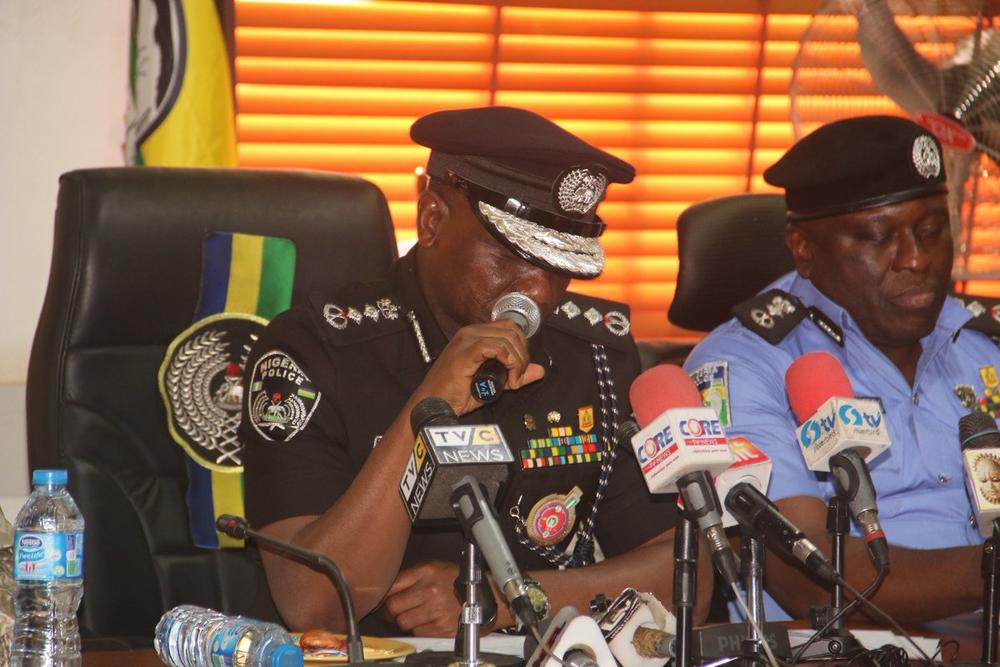 Come o everyone, let us discuss this serious mata.  December has finally come, and it is time to start enjoying the good life that we have spent the past 11 months working for.

Are you ready preparing for Detty December? Say AYE! At BNHQ, let us just tell you now: We are. We REALLY ARE. With different shows and parties here and there, we can bet that you are already planning to rock this month and eat the life of your head. After all, we only get to live life once, right?

Anyway, if you are planning to paint the area red and go all out to have fun, you have our full support. However, you need to be extremely careful because, guess what? You’re not the only one that is planning to eat the life of your head this December. There are some people in black uniforms who are lurking at every corner looking for who to harass and extort. The only difference between you two is that while you are balling on your hard-earned money, they are balling and living large at your expense. These people will slap and punch you till you admit to being a criminal that you are not and then match you to the nearest ATM to go withdraw your cash for them.

Still not sure of who we’re talking about? Of course, it is none other than the almighty, ogbontarigi, well feared SARS officials. Our Special Anti-Robbery Squad in Nigeria has turned into Special Robbery Squad (SRS). Before, it used to be just SARS, but now, even policemen have joined. The difference between armed robbers and this set of policemen is that the policemen have uniforms and they carry out their robbery operations in broad daylight. Recently, they just robbed an innocent citizen of 185,000 Naira.

Let us quickly give you the gist… straight from the horse’s mouth. 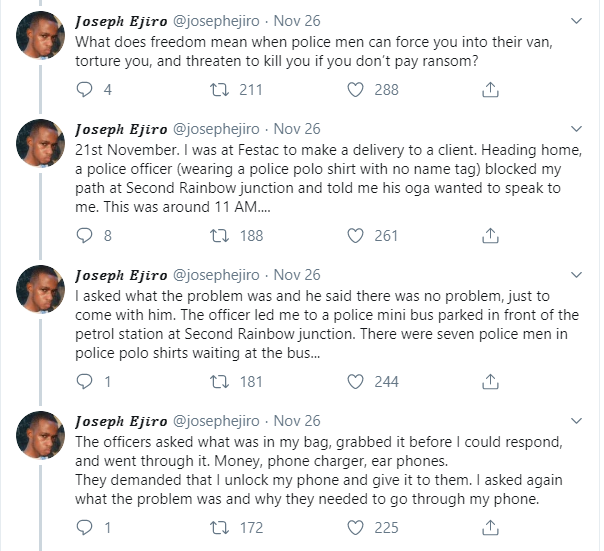 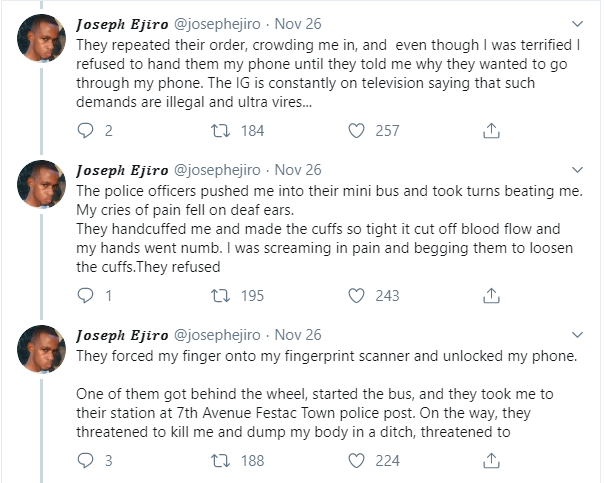 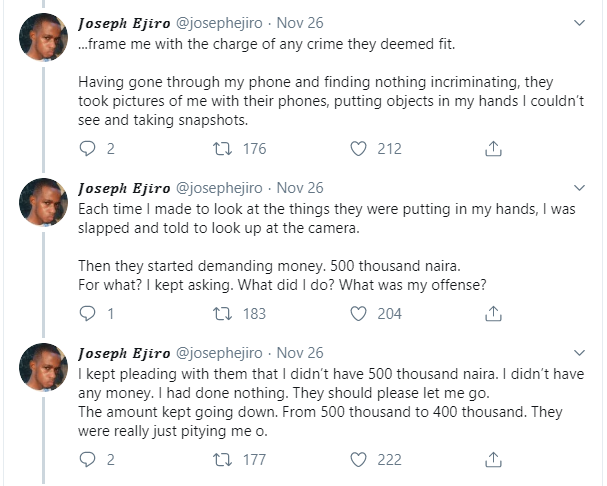 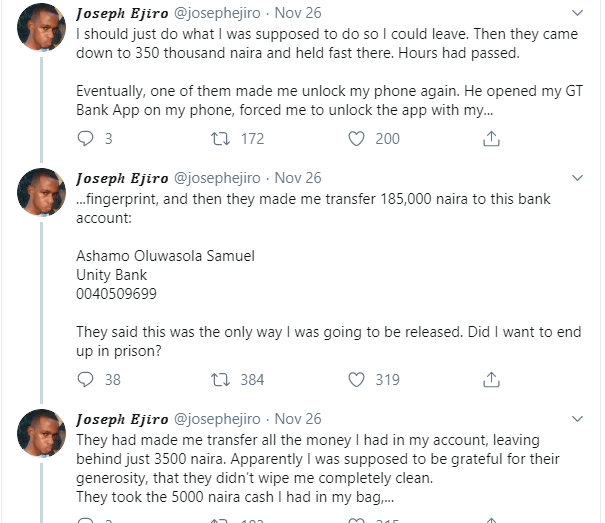 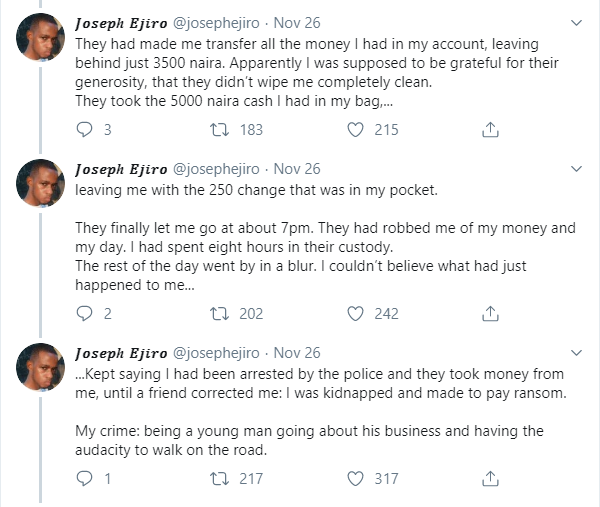 185,000 Naira! That is somebody’s three months salary! Before, SARS used to harass innocent people for 20 or 30 thousand Naira, but this time around, their mouths have stretched into their ears and they are now asking for money in hundreds of thousands.

To be honest, there is no particular way you can protect yourself from SARS and certain policemen because you can be walking on the road this minute and in the next minute, you might be in their van negotiating your release amidst slaps and blows. But this December, you need to shine your eyes and not let SARS do Detty December on top ya head. Take these precautions now:

If you have been following tales from the victims for the past few months, then you would have known that to an extent, Segalinks is the nemesis of SARS. Many people have testified to have been saved just by taking a photo with Segalinks or having his phone number. Although most victims have complained of SARS seizing their phones immediately after the kidnap, many have also been able to put a call through to Segalinks immediately. It won’t hurt to have his phone number stored on your phone. In fact, you’d be doing yourself a huge favour.

These armed robbers in uniforms are used to checking how much people have in their bank accounts before marching them to the ATM for withdrawal. You can save yourself a little by deleting all bank transactions that show how much you currently have in your account. If possible, delete your bank app and make use of USSD only. You never can be too careful.

Don’t go out at night

Well… well… We cannot ask you not to have fun, but then moving about carelessly in the night is the perfect excuse for SARS to tag you a prostitute and suddenly turn to moral police. They may even say your eyes look somehow like the witch that has been terrorizing that community, and then tell you to bring one million before they release you. If you must move at night, move in groups, let people be aware of all your movements and if possible, let your phone be on standby recording.

Cross the road once you see a policeman/SARS officer

Yea, we know this sounds somehow, but it is what it is. Policemen don’t have ‘good’ or ‘bad’ written on their foreheads and there’s no perfect way to know which one of them will kidnap you. So let’s be safe, shall we? Once you see SARS officials clustered somewhere (in fact, even if it is just one SARS official), just quietly cross the road and turn your face. In the process, ensure you still monitor them from one corner of your eyes, so that if they are coming closer, you’ll just jaapa!

Do you have any other tips, you know we’re all in this together. Oya share with us and let’s slay this December in ‘safe mode’.