Third Party to a Domestic Violence Situation & Don't Know What to Do? Try These Things 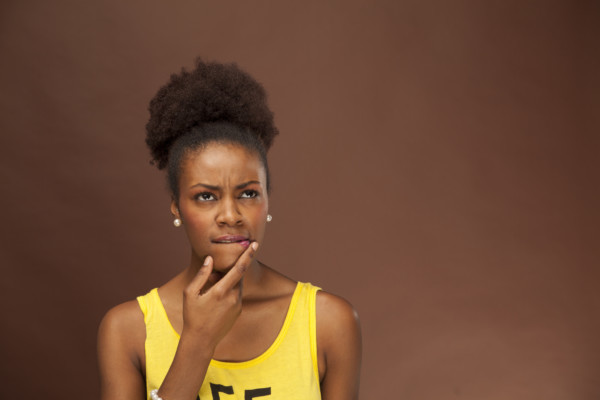 Sexual harassment in Nigeria is a very serious issue. Unlike before where people handled it with kid’s gloves and just laughed it off, many more are getting to that point where we know that hitting a woman is wrong and raping a woman is a grave offense. However, we are still lagging behind when it comes to marital violence and marital rape. Marital rape is still not recognized by law as a crime. In fact, it is still widely believed that a woman’s body belongs to her husband and she has ‘no right’ to refuse her husband whenever they are in ‘the other room’.

Although people still frown upon a man beating his wife, you can still find many defending the man when it comes to marital violence. Statements like “that woman has a sharp mouth” “Na wetin she do na im make him beat am” are still common.

Fortunately, the society is now reaching a certain level of societal enlightenment where some women are bold enough to move away from their abusive husbands, or teach him a lesson till he learns that they cannot be messed with.

On the flip side, some women are stuck with their abusive partners and have decided to ‘die there’. Literally. These are the women who will say”I send you? Mind ya business” when you’re trying to help them. A lot of women suffer in marriage but still reject you when you extend a helping hand to them. A twitter user shared how, one day, he saw a woman being beaten by a man, he got down from his car and dragged the man to the nearest police station. On getting there, the woman denied ever being beaten by the man.

This scenario is very common. Some women will share photos of them being battered by their husbands on social media. After a while, they will release a statement and talk about how they ‘only fell on the stairs’ and everything is fine at home. Some will go as far as insulting those who speak against their husbands. Is it crack?

On social media, there’s a lot of public display of affection, but it is only those who are close to the couple that know the koko of the matter and are aware that the husband is Anthony Joshua at home and the woman is his practicing bag.

Yet, these women keep denying it: “My husband is the most caring man on earth”, “my husband does not believe in beating women” All na wash!

The truth is, there’s no way we, as a society, can fully fight violence against women if these women are not willing to speak up against their abusers. Do you know some women are even aware that their husband rapes their children, yet they keep mute?

As a neighbour, a friend, family member or well-wishers, how do you help someone who doesn’t want to help themselves? If you see a woman being beaten by her husband, will you step in to rescue her? Will you be discouraged if she refuses your help or denies being beaten in the police station?

There are many reasons why women choose to stay: one, whenever issues involving marital violence are being taken to the police station, policemen just shrug and wave it off as a family matter. There’s a belief that ‘you don’t chook mouth in husband and wife mata’. Two, many women have been conditioned to accept marriage with its many baggages. For them, ‘for better or worse’ includes remaining with the man even if he pummels them to death. Three, many women remain in abusive homes because of the stigmatization that comes with being a single parent, a divorcee, or a woman who ‘has no crown’. There’s this disdain for women who cannot ‘save their marriage’, women who are ‘not strong enough to withstand the heat that comes with being married’.

Financial security, family intrusion, and children are also major factors that hinder a married woman who is being abused by her husband from leaving.

Now, as a third party, before you can ‘intrude’ into people’s marriages to save the woman from the claws of her husband, you have to first consider the reasons why she has chosen to stay. For instance, a woman who is totally dependent on her husband might not accept your offer to help her leave unless you provide a means of survival for her and perhaps her kids.

So what can you do as a good samaritan?

Be sure of what you’re saying

Before you do gragra to report to the police station, be sure that the woman is truly being abused and she is helpless. You wouldn’t want to look like a fool when your only evidence is based on assumptions. So yes, have proof. This can be in photos of the battered woman or videos of the man abusing her physically.

Talk to her privately

A lot of times, it is very easy to say “if it were me, I’d have left sharp sharp” but truth be told, it is whoever wears the shoes that knows exactly where and how it hurts. Many victims of abuse are scared to admit it because they will face worse immediately they go back to their house. After much talk and admonitions, most policemen and family members will tell the man “oya say sorry and cuddle your wife. Don’t beat her again o“. Then to the woman, “he is your husband, there’s no other place you can go. Don’t worry, it’s for a while, he will soon be soft. Your husband’s house is a home of lessons”.

Once they get home, the beating resumes automatically – even worse. So next time it happens, the woman will keep quiet. If you understand this, then you will know how to approach the women – in the absence of her husband. Get her to open up to you, ask her if she wants to truly leave and how you can be of help.

Because many women have been conditioned to accept anything in marriage – including the gbas gbos and keep the title ‘Mrs’ even when their lives are at stake, it is very difficult to convince a woman, who believes that her husband ‘owns’ her, otherwise. If you – as the neighbour, friend or good samaritan – cannot stomach it anymore, then involve her family. Let them know what’s going on with their daughter.

Talk to the man

If you are a man, then it is advisable to talk to the husband – man to man. Don’t try it as a lady before he will give you one blow in your mouth. Men are prone to listen more to men, so yes, you can try your luck and hope that the abuser listens to you.

We need to sensitize more women (and men) on the dangers of violence against women. We need to teach women that their lives do not begin and end with marriage and they have a choice to leave when they are being abused – whether there are kids involved or not.

#16DaysofActivism is the perfect time to lend your voice and teach the women and men around you that it is never okay to abuse, to be abused, or to keep quiet wherever and whenever abuse is thriving.

Longing For Some Special Daddy-Daughter Activity? We’ve Got You!