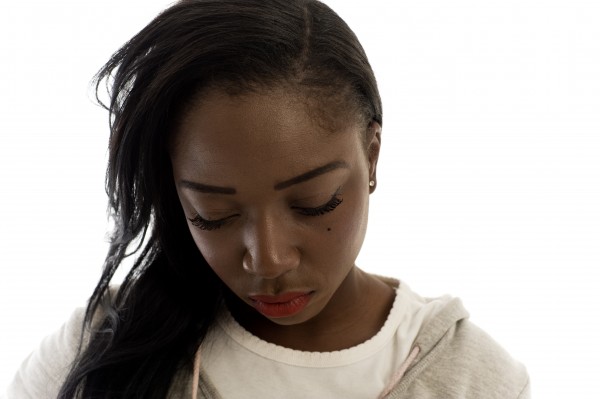 Taking a trip down memory lane, I remember many of the horrific stories I was told. Stories that seemed superstitious and fictitious, but you knew they were real. There was a story of three male friends who went to perform money-ritual in order to gain wealth. The crude native doctor told them that he would turn them into vultures for three days so they can fly and eat the carcass of dead bodies. Then he promised to change them back into humans after the third day.

The (unfortunate) friends agreed. I could imagine them chanting no pain no gain in their minds. The native doctor said some incantations, the friends turned into vultures and flew away into the bush. It happened that the native doctor traveled to Onitsha to get some recipes for his medicine and on his way back home, he was involved in a ghastly motor accident that claimed his life. According to the story, the three humans – turned vultures – went to the shrine on the third day but couldn’t find him. They kept visiting every day of their lives and also visited their houses, just to look at their loved ones. As a youngster, I found the story very disturbing and I was empathetic towards those young ambitious men. I often wondered what was going through their minds. I believed their senses were intact although they were vultures. Everyone told the story and some newspapers and magazines reported the news.

I remember going to Eke Awka on a certain morning; my mother had sent me to the market to buy soup ingredients. On getting to the market, I saw a crowd of people clustered at a certain corner. Curiosity took the best part of me and I strode forward to get a glimpse of the chaos. Behold, a young man – who should be in his middle thirties – was screaming, his hand on his penis (area). While crying profusely, he held on to an older man, ordering him to return his manhood. I was confused, I later got to understand that the man he held on to had hit him while walking beside him and immediately, his manhood disappeared. The young man was fast enough to call for help while restricting the culprit’s movement. Being a coordinated amebo, I left the scene and went into the market to shop with the resolve to get back. When I was done with the shopping and returned to the place, the crowd had dispersed and I got to understand that an angry mob beat the culprit and ordered him to return the penis. The culprit then told his victim to hold his hand and when the man did, they both disappeared. Disappeared to where seemed to be the question nobody had an answer to. Cold shivers ran down my spine and I went home with unflattering emotions, underlying questions and the pointlessness of living. I think I never held hands with anyone after the event. You never can tell, right?

A neighbour’s house help had gone across the street to buy something and she met a woman and a man who wore white. They told her that her oga kept some huge amount of money under his bed and if she didn’t get to the money immediately, disaster would engulf the house. According to them, the money was dangerous and needed to leave the house. She entered her boss’s bedroom like someone possessed and searched under the bed for the money in a frenzy. Her oga, who had seen the strange way she entered the house and his bedroom, kept asking her questions which she ignored. She took the box of money. Her oga alerted my father and my dad rushed to the girl – who was still adamant – and gave her a brain resetting slap. The girl got back to her senses and questioned what happened to her and how she was able to get hold of her master’s money. That was when she narrated her encounter with some strangers in the street. They had only looked into her eyes and she was hypnotized.

A few weeks ago, I traveled to see my parents. As I was having layers of conversation with my mom, she asked: “hope you know about bush babies?” She went further to say that they were creatures that cried at night like babies to evoke pity on its victims and once you went in search of the helpless babies, you would not live to tell the stories. She ended her tale with “make sure not to go out at night when you hear those cries”. I sighed and wondered if she believed the tale. The tale wasn’t new to me because I heard such tales in secondary school – the boarding students always had something to say about bush babies to terrorize other students. Many students swore in their minds never to live in the boarding house with all its dilemmas. My elder sister who lived in a boarding school always had stories about bush babies and how they cried every other night.

Have you heard of the dubious madam koi koi? Well, Story for another day. What other ‘horror’ stories have you heard or ‘experienced’. Share with me.

Mike Hunder: How To Figure Out Your Online Coaching Model