For many women, the news of their pregnancy comes as a pleasant surprise – a bundle of joy they cannot wait to welcome. For others, the news is not so good, either because the pregnancy is not so planned or the other party is unwilling to have a child. But for a few women, the news of the pregnancy comes as an outright shock, not because they don’t want the child, not because they are not ready to have kids, but because… wait for it… they didn’t know they were pregnant until the day of delivery. You heard that right!

These South African women have shared the unusual and (very) hilarious story of their pregnancy and delivery on a Twitter thread.

Back gist: a lady on twitter, Ashants, tweeted that her friend just discovered that she was 7 months pregnant. A whole seven months. Many women then admitted that the same thing happened to them – no symptoms of pregnancy, no early morning sickness, normal period flow, no swelling. Just a slight stomach ache and boom, they discovered that a fetus was living its best life in their belly. 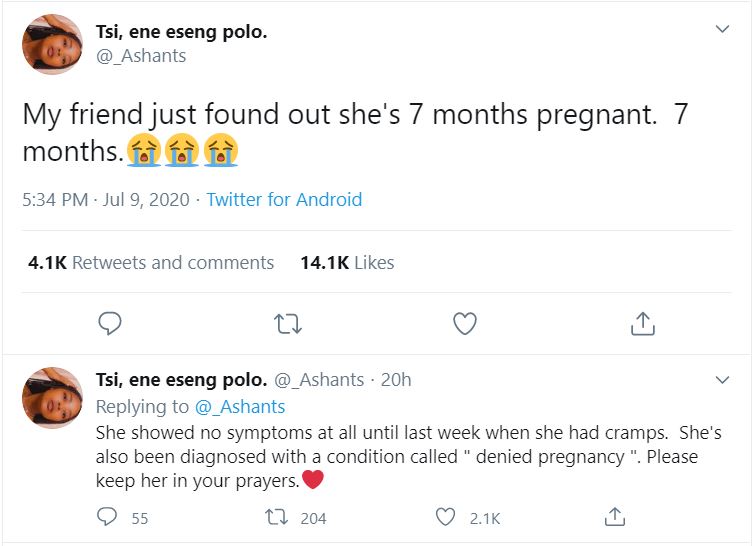 Women now shared their (and others) experiences of how they never knew they were pregnant until the day of delivery. That day gangan. E be things. 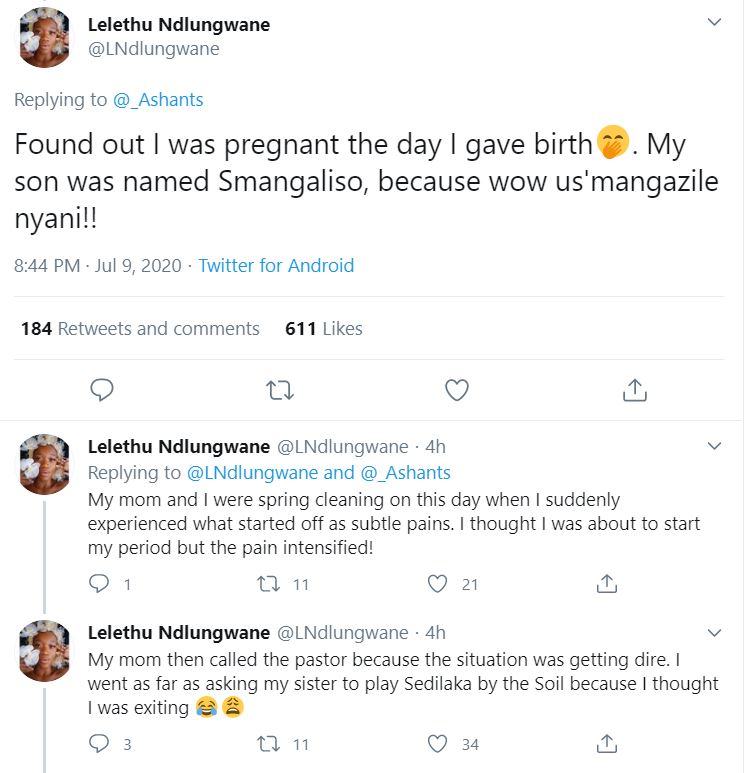 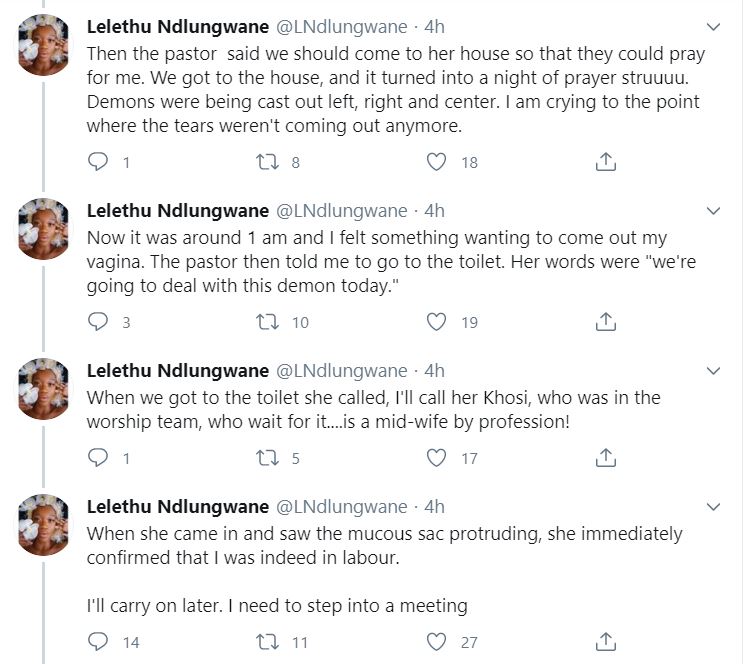 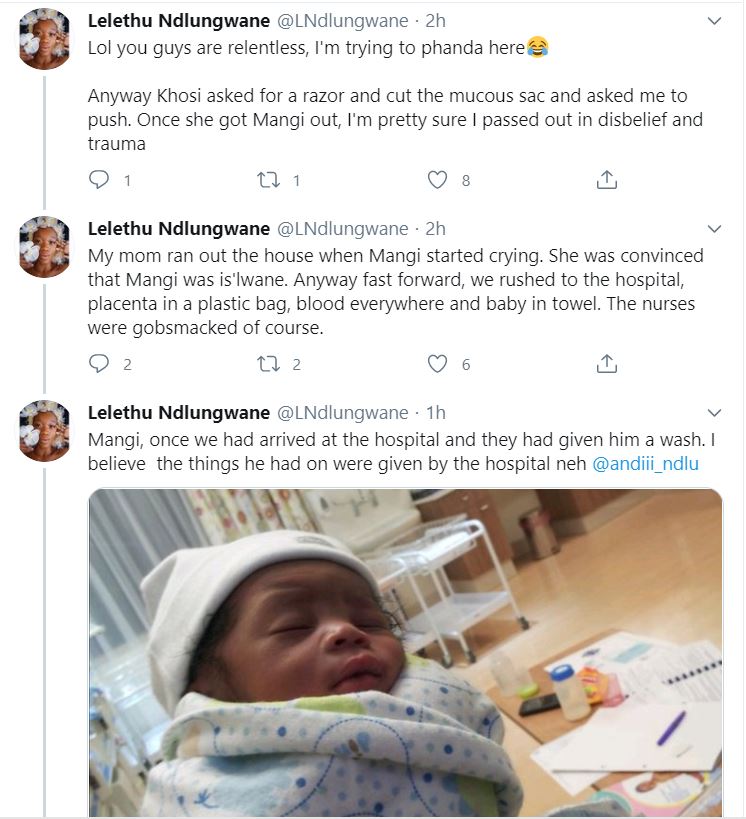 A surprise baby is named ‘Surprise’

A ‘surprise baby’ had better shop and get his/her baby wears ready? 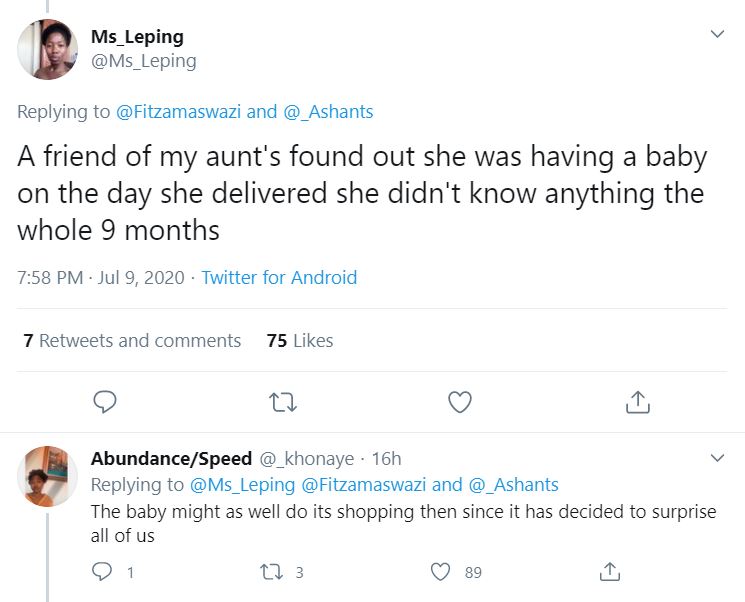 But… who’s the father?

Daram my friend found out when we dropped her home after she peed herself then apparently around 5am she had cramps and thought she had to shit kanti a head wants to pop out. That time we all don’t know the father because she was single, we had to recall stories pic.twitter.com/VPjKADOwrL 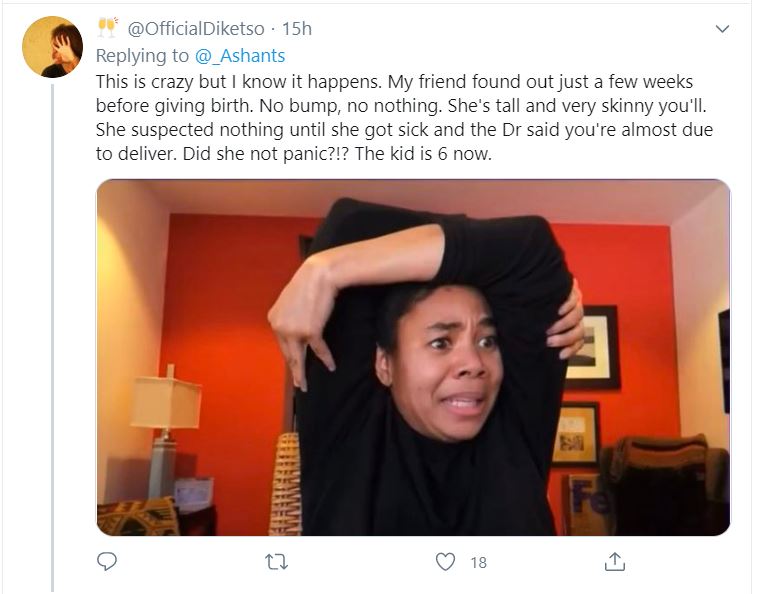 If you are not ready to have a baby, it is advisable to use contraceptives or condoms. If you have experienced something like this – not knowing you were pregnant until the day of delivery, please share your story.

Related Topics:ChildbearingPregnancyUnplanned Pregnancy
Up Next