BN Book Review: Once Upon Our Childhood by Lara Brown | Review by The BookLady NG 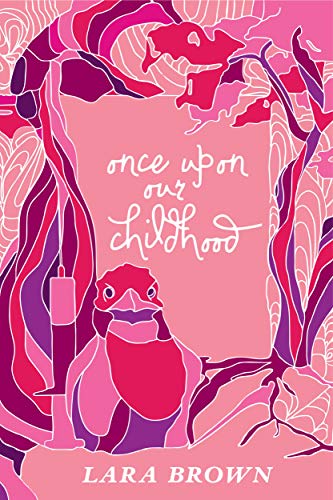 We lose our childhood so fast when tragedy befalls us. What is meant to be a jolly ride filled with dreams, hopes and aspirations turns into a constant state of looking over our shoulders instead of happily anticipating the future. While some people can’t relate to tragic childhood experiences, some people do. At least, I can say so of our four young heroines in Once Upon Our Childhood.

Lara, Fola, Bibs, and Abi are four young girls with unique dispositions to life. As different as their attitudes are, so are the baggage they carry. Their meeting at Gatesbridge for their A’Levels spark an unlikely friendship that survives despite the twist and turns in their lives: Lara, still recovering from the shock of just learning her biological father is alive; Fola, riding on the lap of luxury, oblivious to the impending shocker about to come her way; Bibs, a survivor, who hides all her pain behind a benign exterior and Abi, the only child of her mother whose only offense was to come as a girl. These girls, despite their differences, share, in common, the ability to pull through and fight back the best way they know how. Even when, in the end, one of them gives up and is found lying in the pool of her blood, rather than mark an end, it marks a beginning – a liberation.

In this book, Lara Brown expertly highlights the problems in many homes through the perspectives of these girls. Although they are from different ethnic groups in Nigeria, she uses their lives to succinctly point out poignant issues eating at the core of our society: child marriage, rape, marital separation, naivety, tribalism, polygamy, etc.

She weaves their stories into one and makes them whole. Child marriage is common in Northern Nigeria and despite being born into a rich family that can afford to care for her needs and education, Bibs still finds herself entangled with a man at twelve. It is doubly sad that this could still happen even with learned people as parents. She fights until she tires. While Bibs faces her battles head-on, the other girls are either looking death in the eye, losing a parent, losing a baby, fighting for attention from their parents, or learning shocking details about their parents. It is distressing to note that even being born to wealthy parents does not signify the lack of one’s share of life’s troubles.

The most fascinating thing about this book is that while treating serious issues such as rape and molestation, it thrives on humour. This is not to say that the author undermines the weight these issues carry by injecting humour, instead, this element makes the book authentic, which actually solidifies the author’s use of the first-person narrative to bring the characters to life. Each girl tells her story her own way.

While reading this story, I laughed at the actions of these girls, I got pissed at them, I empathized with them, I even cried with them. Such is the power their story wields. Most importantly, I tried not to judge them.

As a novel that falls into the Young-adult fiction category, I strongly recommend it for adults because it explores issues pertinent to both the young and the old.

Jeremiah Ajayi: 6 Lessons I Learned From the Failure of my First Book