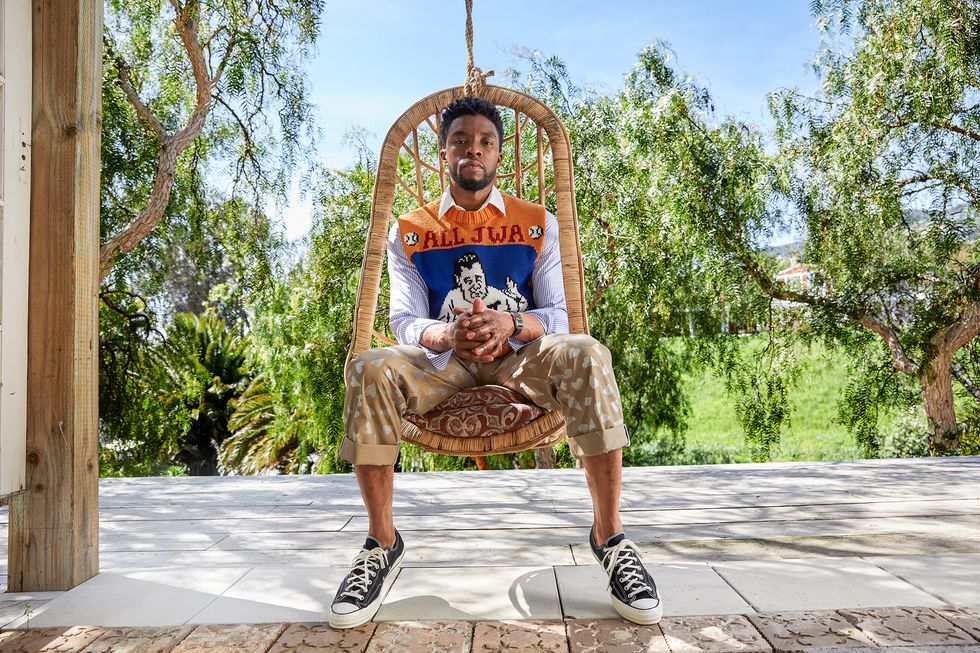 His charisma, regal performance, and resilience can never be forgotten. With his role as T’Challa in the ground-breaking film “Black Panther,” he became a global icon and an inspiring symbol of Black power.

From “Marshall” to “Da 5 Bloods”, August Wilson’s “Ma Rainey’s Black Bottom” and several more, all were filmed during and between countless surgeries and chemotherapy.

While battling cancer, here are five Chadwick Boseman, a global icon inspired us with his powerful pearls of wisdom.

Chadwick Boseman got emotional while discussing the impact of Black Panther to the black American community.

As an alumnus of Howard University, Chadwick Boseman provided words of inspiration to the Class of 2018 during Howard University’s 150th Commencement Ceremony on Saturday, May 12 in Washington, D.C.

Chadwick Boseman paid tribute to Denzel Washington at the 47th AFI Life Achievement Award on June 6, 2019 at the Dolby Theatre.

Boseman said, “There is no Black Panther without Denzel Washington. And not just because of me. My whole cast, that generation, stands on your shoulders.”

When Chadwick Boseman won the Best Hero of the Year for his Black Panther role at the 2018 Movie & TV Awards.

He spoke about the importance of ‘Black Panther’ and presented his Golden Popcorn to a real-life hero James Shaw Jr.