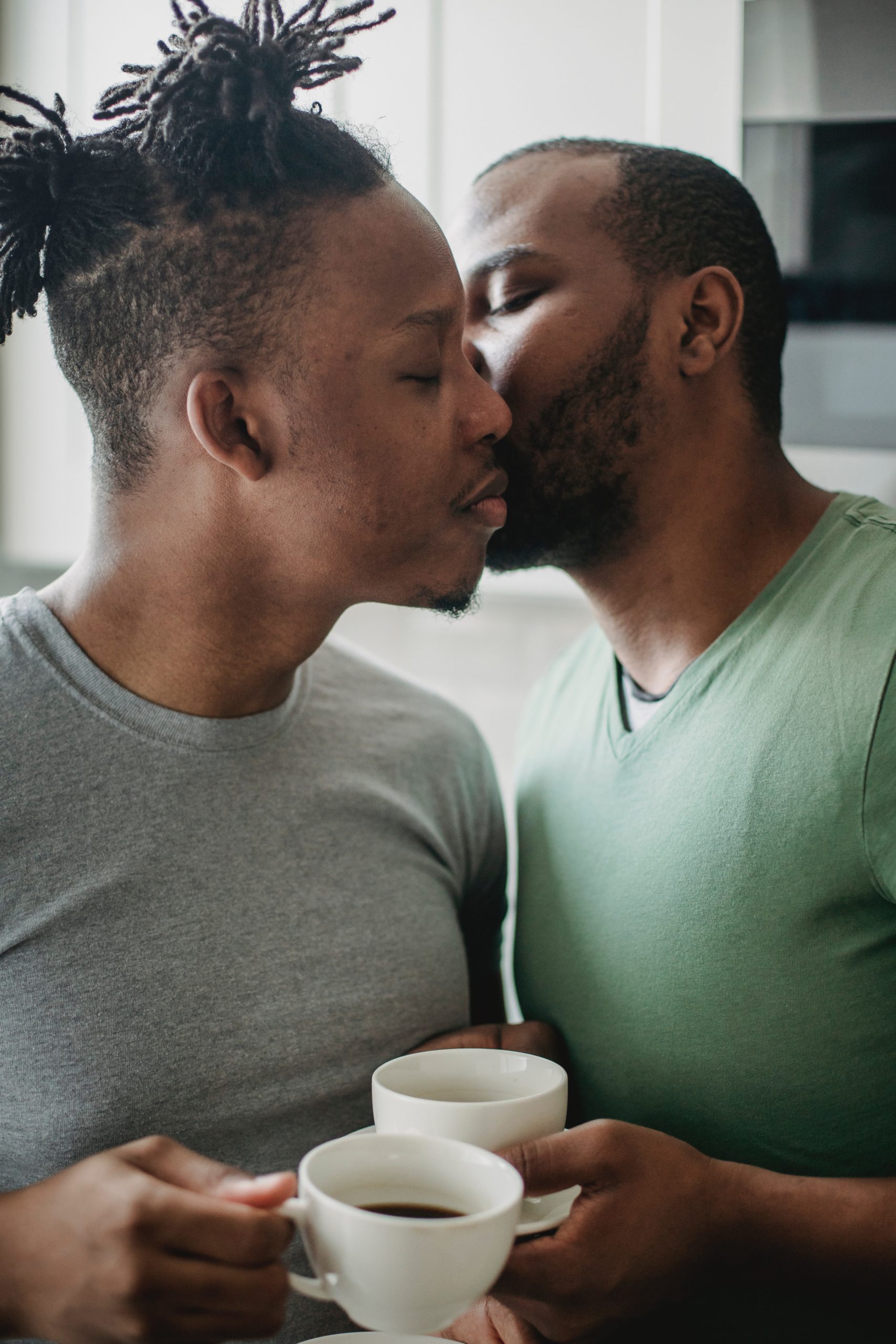 Today, you are 64. Tomorrow, 65. As with each one of these past 64 milestones, tomorrow you will sit down in review with the album that has been your life. You will flip through the pictures of life’s moments and consider the depth of their significance, their role in what, at 65, your life has turned out to be.

You will ask the question of how you got here.

Maybe it was being Igbo, Nigerian, or Catholic that told you from a very young age that what you were was wrong, even when you had no name for it. But you knew quite enough to recognize yourself in the name when you heard it at a Sunday Mass. The priest declared anathema for this wave of moral degeneracy sweeping across the country. Every adult in the church that day, your parents included, decried the abomination. They made halos over their heads with their fingers before snapping away, binding, and casting the evil. Even then, you knew enough to know that they were late, precisely by eight years. The evil’s possession was already total and irredeemably complete. At this time, at eight, you already had a sense of the selves that you were: boy, son, Igbo, Catholic. But on that day of hearing the name, you knew that this newly named self, homosexual, would loom large and be the guardrail for many of life’s most important moments.

Your childhood was full of play and family, and therefore mostly happy.

Adolescent passed by in a haze of self-imposed fasting, midnight prayers, and novenas – your search for healing. Not even the countless devotions to St. Rita, Saint of the Impossible, made this possible.

At 20, the feelings you had subdued for so long were now raging, threatening to explode. You decided to step out into gay Nigeria.

Gay Nigeria existed at the edges of the society where life was dark and risky. What you found was a deeply secretive community where anonymity was the foremost identity, a community woefully periled and one wrong hookup away from another gruesome death. You heard stories of gay men caught pants down. They had not noticed the shadows lurking behind the wardrobes nor their would-be sex partners’ reluctance to get undressed. The lucky ones ended up with cracks to their skulls and bones and online videos of them confessing their indiscretions. The unlucky ones ended up in a ditch or some unmarked shallow grave. To stay alive, you sought out only priests and married men for sexual companionship.

In your early 20s, you lived up to your parents’ ideals for those years. You got a degree and then a good job, then you started galloping dangerously towards 25. Soon there would be questions about marriage. You have seen gay men give in to the pressure, try to live up to society’s good opinion by arranging marriages with lesbians. Sometimes these turned out to be clean arrangements. Other times, they soiled, and like dirty laundry, ended up in the open for all to see. Other gay men just bury themselves and marry unsuspecting ladies. These men have been your sexual partners and when they shared their lives with you in those vulnerable moments succeeding sex, you knew you never want to live that way. You decided to flee to a place where the pressure you knew was inevitable would not be immediate. You found your reason. You found your destination: further studies in the USA. To everyone else, your departure was temporal – a master’s degree took only two years. You knew your departure was permanent and your sexual orientation was forever.

At first, America seemed a reprieve. Here it appeared that people like you could focus on life’s normal concerns: finances, careers, romance, spousal fidelity, etc. For a fleeting moment, you allowed yourself this normalcy and dreamed of finding love, and an ever-after.

But the more you got to know gay America, the more you realized that it was not the perfection you had imagined. You were 25 when someone asked if he was too old for you. He was 32! Ageism was the least of the frivolities on which the community here squandered their relative normalcy. There were such ills as downright racism or ‘preference’.

However, none of these newly discovered worries rose in comparison to your old one. You may have left Nigeria, but Nigeria was fast on your heels. Soon after your masters, the questions about marriage resurfaced with even more urgency. For the first time in your life, you toiled with the idea of coming out and living free. You were in America now. What was the worst that could happen?

Nearing 30, you started a doctoral program, buying yourself another five years of deferment.

Beyond your doctorate, career was the excuse. Luckily, you achieved enough professional successes and landmarks to sustain this excuse past your 40s and into 50. Even though your parents had given up many expectations, they never failed to allude to their disappointments. You saved them the knowledge that the disappointment of an unmarried son was better than the alternative. You had your disappointments too, the most significant being that dreams of a shared, meaningful love life were long gone, replaced by a revolving door of meaningless sexual encounters.

At 60, these encounters were fewer and far between and each left you more hollow. Your social life had, at this time, become like those of the old men from decades ago at The Fireplace who would drool over every young man in sight – the ones you pitied and prayed you never became.

At 64, both parents were gone and you were free, at last. But there was no relief.  Soon you would be 65. You have never loved or been loved as you once dreamed. You have watched life pass you by, almost as though it was not your own. The impossibility of newfound love at 65 was what you reaped out of your decades-long sowing of no string attached encounters into the gay culture.

On the day before 65, you would sit to relive how you got to where you were. You would accept that most of what you recalled was not the life you wanted. It was the life that awaited you.

There would be a few joys ahead but the rest of it would be sad and lonely until death. There would be nothing left, no soulmate to mourn your loss, no children to tell stories of you to their children. There would only be other old, sad, and lonely men with faded memories from their youth of the 20 minutes they spent with you.

Photo by Ketut Subiyanto from Pexels

Adefolake Adekola: Recycling is Not Just a Way to Save the Environment… You Also Get to Get Your Coins