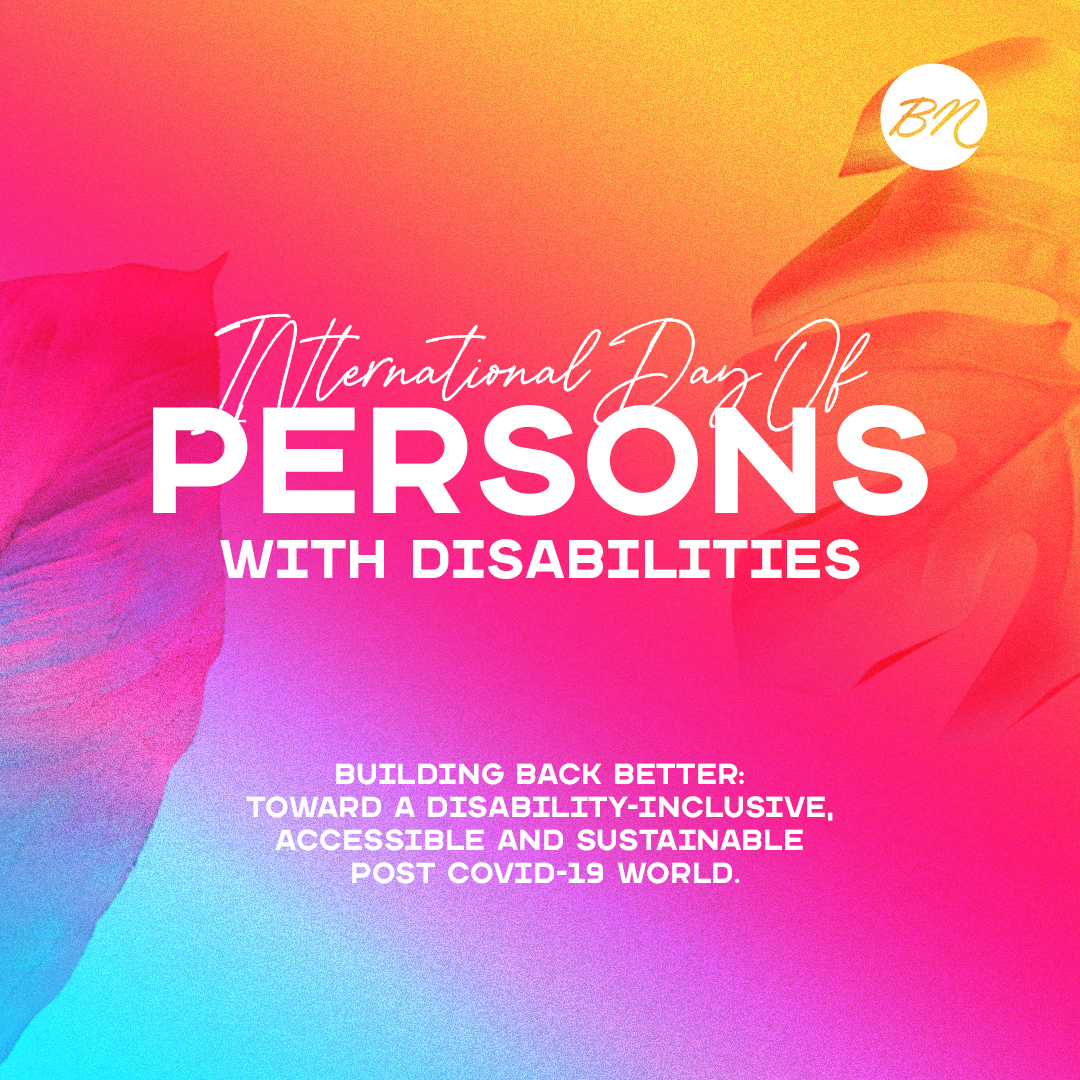 Breathing, blinking, yawning, walking, grabbing items as we move, talking — things are conventional for many of us; we do not think too much of them, neither do we pause to imagine how different life would be if we couldn’t do the normal things we do.

Of the over 200 million people living in Nigeria, 36 million live with disabilities. This is over one-fourth of our population. For these people, living a ‘normal’ or well-functional life is tough. In our society, people living with disabilities are largely stigmatized; to live with a disability is to have eyes staring at you as you walk past, people pointing at you – some whispering, people looking at you with pity or being used as a point of thanksgiving for other people’s wholeness. Since, in many cases, shame trails those with disabilities as inexorably as the whispers, jeers and sneers, many PWDs don’t like to talk about the difficulties they go through living in a society where they are largely belittled.

Perhaps we can tie the shame of living with disability to the cultural and religious beliefs many of us were brought up with, however, this is 2020, people living with leprosy shouldn’t be outcasts, mental illness is not entirely caused by juju, and people who have one form of disability or another are not paying for their sins. We should be focused, instead, on building a disability-inclusive society.

To do this, we have to first acknowledge the humanity and abilities of those living with disabilities. PWDs are not bottom-tier humans who should feed off the crumbs left by other members of society. They do not need to be pitied. Instead, we need a nation that acknowledges their values, a society that does not relegate them, and people who do not recoil from them.

We also have to be honest about the challenges they face. If living and working in this country is tough for citizens, it is worse for those living with disabilities. One of the biggest challenges of PWDs is their inability to secure jobs, not because they are not qualified enough, but companies and individuals are not willing to take a chance on them. A few years ago, Tade (not real name) who lost his left arm in a riot in Kaduna was not offered a job as a secondary school teacher because the principal felt the students will be scared of a one-handed man. Tade’s experience is just one of the many stigmatization and difficulties PWDs experience while trying to earn a living or live life normally.

Many people living with disabilities encounter barriers when accessing basic services and amenities. For instance, a large demographic of people have been shut out of accessing certain services because many companies have no accessibility ramps to enable people using wheelchairs easy access into buildings. Last year, many visually-impaired people also complained about the quality of services they receive from banks. ATMs should also have brailles on them so that blind people can have easy transactions.

In Lagos, people living with disabilities are exempted from paying ticket fees at the BRT Terminal. While this is a good development, those in wheelchairs still experience difficulties going in and out of the bus. Photographer, Ayodeji Ogunro’s photojournalism on the plight of people living with disability in Nigeria

Lagos State also has the Lagos State Special People’s Law. The law is meant to “protect Persons Living with Disabilities (PWDs) against all forms of discrimination and equalize their opportunities in all aspect of living in the society and for connected purposes.” Since its inception in 2012/2013, one cannot help but wonder how exactly the state has “equalized their opportunities” or brought justice to those who have been discriminated against in the state.

On January 23, President Muhammadu Buhari signed into law the Discrimination Against Persons with Disabilities (Prohibition) Act, 2018. The law “prohibits discrimination on the basis of disability and imposes sanctions including fines and prison sentences on those who contravene it. It also stipulates a five-year transitional period for modifying public buildings, structures, and automobiles to make them accessible and usable for people with disabilities. The law will also establish a National Commission for Persons with Disabilities, responsible for ensuring that people with disabilities have access to housing, education, and healthcare.” While there is no roadmap on how these will be implemented, signing this bill into law is the right step in the right direction.

More than ever before, we should be more compelled to pay closer attention to disability in Nigeria. With the rising insecurity and terrorism in the country, our poor healthcare system, and the unavailability of emergency services, we have more people forced to live with disability – especially in Northern Nigeria – and many of us are one stray bullet away from losing body parts. It is not just enough to sign bills, we need to have a paradigm shift in the way we view disabilities in humans, in the way we talk about them, in the movies we make about them (major sub to Nollywood), and in the way we treat those living with disabilities.

We cannot have a progressive nation if we do not embrace those who live with disabilities and provide an environment where they have equal opportunities to thrive. While the government is trying to come up with policies and create a working system for people living with disabilities, we, as citizens, should work on ending the discrimination and stigmatization against them. Today, being the International Day of People Living with Disabilities is the best time to start.