After featuring over 150 movies in our #BNMovieFeature weekly column, this month of March, the much-loved column which we started in 2017 will be coming to an end.

As you already know by now, in this section, we showcase full-length Nigerian movies for our film-loving BNers. There are throwback movies, new movies, Yoruba movies, Igbo movies, Hause movies, English movies, Short films, Serials and so much more. 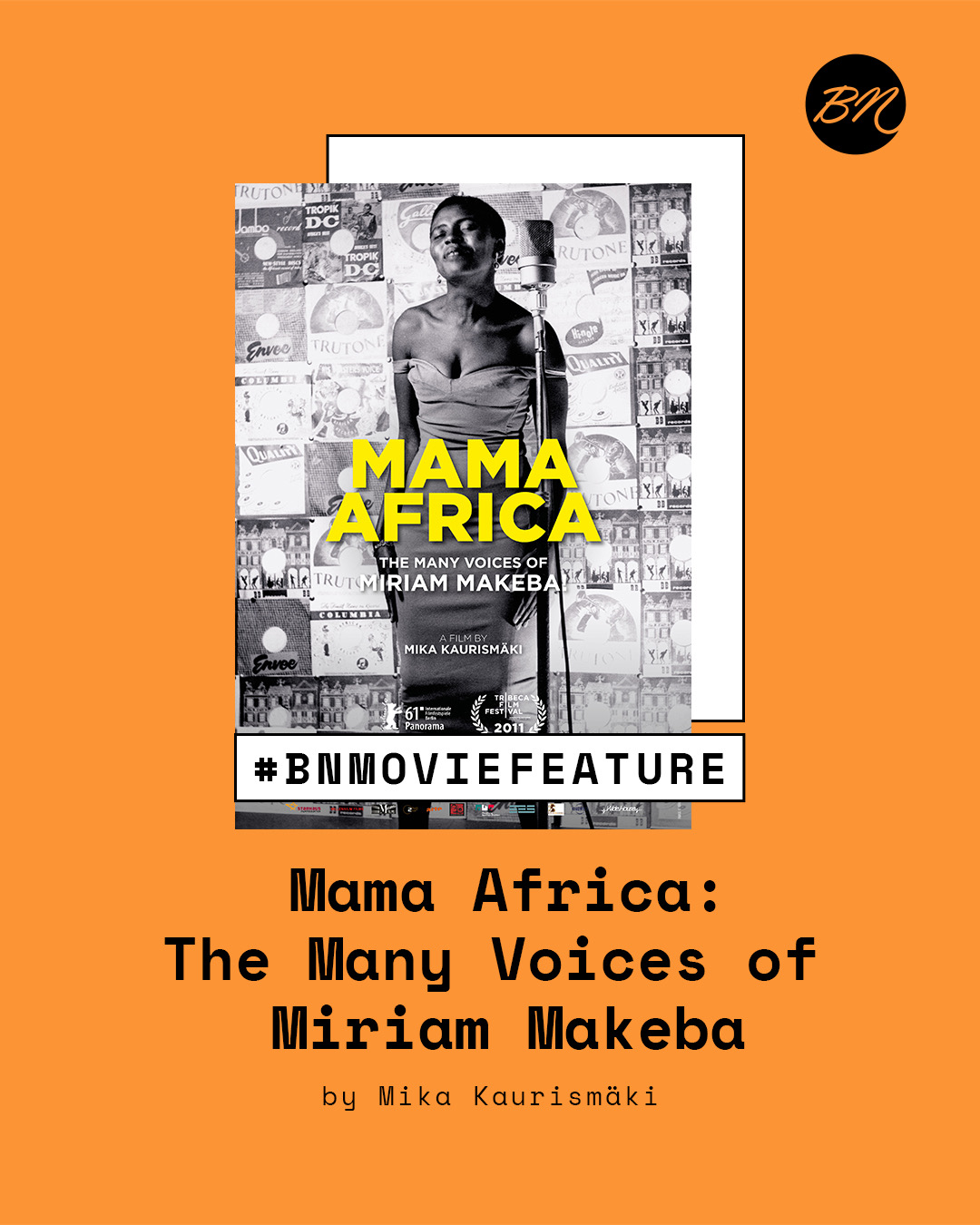 Before we go, this month of March, we are celebrating International Women’s Month by spotlighting powerful women in Africa. We specifically want to celebrate these women who have been integral in promoting peace, justice and fighting racism, featuring a selection of documentaries by Afri Docs.

This week’s feature is titled the 2011 documentary titled “Mama Africa“, directed by Mika Kaurismäki. Filmed in South Africa and Finland.

An unforgettable portrait of Miriam Makeba (1932-2008), the world-famous South African artist and civil right activist, who devoted her life to promoting peace and justice and fighting racism around the planet. Her music and daily practice incarnated the hopes and fears of Africa through the convulsive 20th century so that she has come to be considered the voice and mother of the Continent.