On the 8th of March every year, International Women’s Day is celebrated globally. This day has been set aside to celebrate the social, economic, cultural, political contributions and achievements of women.

More than ever before, the world has witnessed a significant shift in society’s thoughts about women’s equality and emancipation. Today, women are not just seen, but they are heard and their impact is felt in every facet of our society. This means that aside from celebrating every woman in the world, International Women’s Day also marks a call for gender equality and parity across all sectors in the world.

The theme for 2021’s International Women’s Day is #ChooseToChallenge, and to celebrate this way, let’s throw the spotlight on women in the United Nations who are challenging the status quo and working hard to create a more equal world for women. 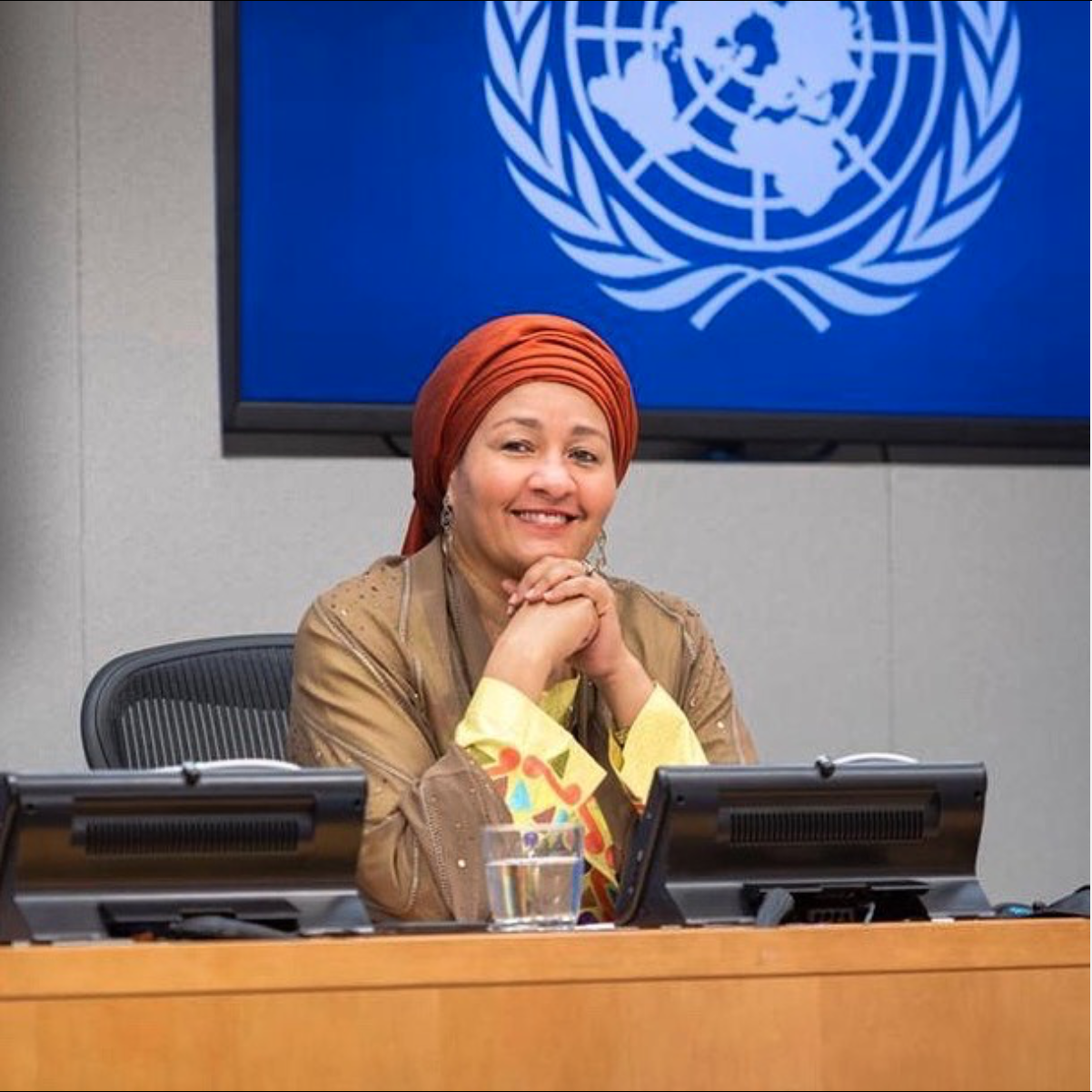 “Women’s rights are the human rights that each belong to each of us.”

Amina first joined the United Nations in 2012 when she was appointed as Special Adviser to former Secretary-General, Ban Ki-moon, with the responsibility for post-2015 development planning. She led the process that resulted in global agreement around the 2030 Agenda for Sustainable Development and the creation of the Sustainable Development Goals.

Amina has been conferred several honorary doctorates and has served as an adjunct professor, lecturing on international development. As the recipient of various global awards, she has also served on numerous international advisory boards and panels.

She has been called one of the world’s greatest leaders by Fortune magazine, Diplomat of the Year by Foreign Policy magazine, and Climate Warrior by Vogue. 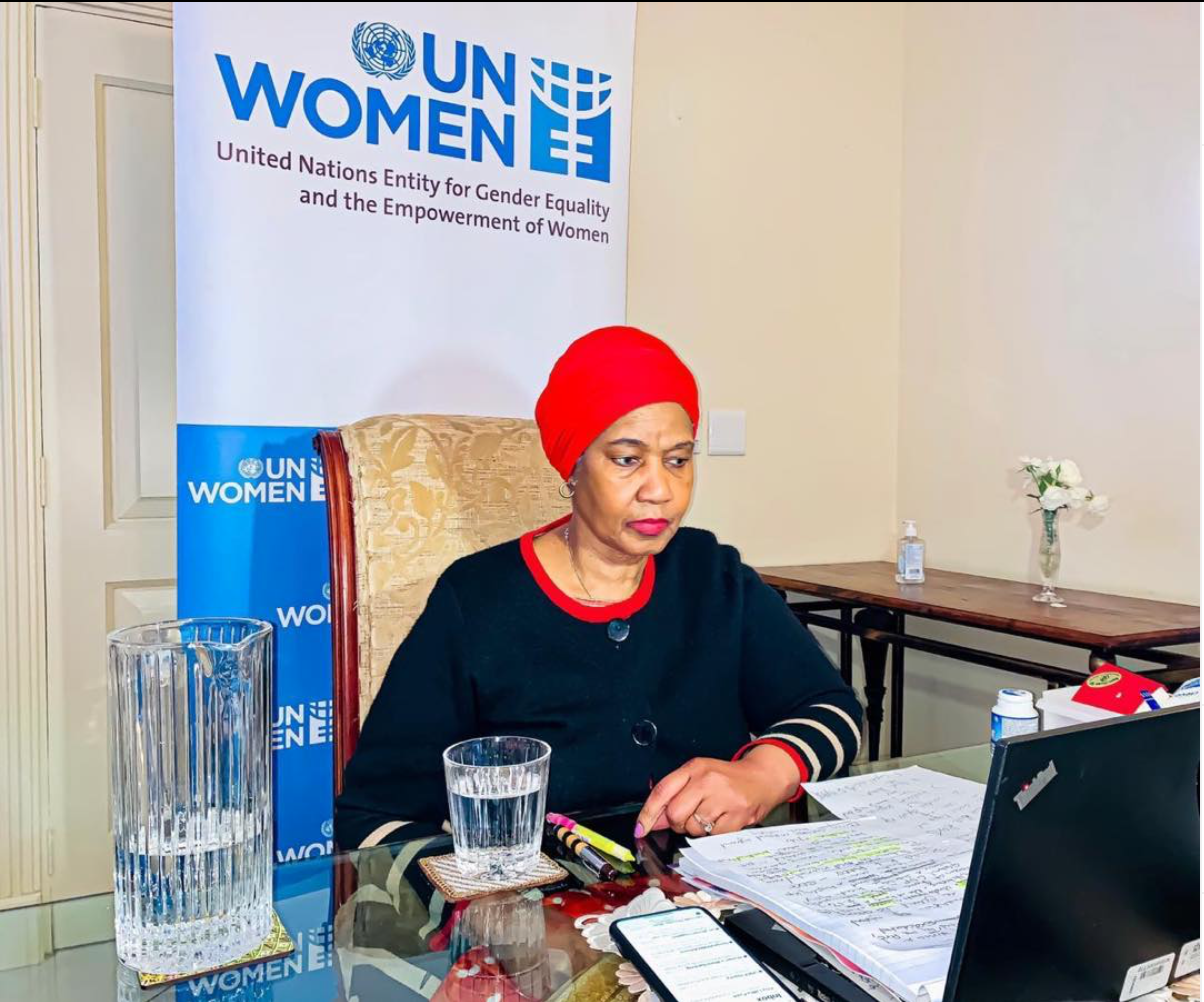 Phumzile Mlambo-Ngcuka is the United Nations Under-Secretary-General and Executive Director of UN Women. Having devoted her career to issues of human rights, equality, and social justice, Phumzile was sworn into office on 19 August 2013.

Phumzile is a longtime champion of women’s rights who is affiliated with several organizations devoted to education, women’s empowerment, and gender equality. She began her career as a teacher and gained international experience as a coordinator at the World YWCA in Geneva, where she established a global programme for young women. She is also the founder of the Umlambo Foundation, which supports leadership and education.

From 2005 to 2008, Phumzile served as Deputy President of South Africa, overseeing programmes to combat poverty and helping people who are at the lower rung of the economy, with a particular focus on women. Prior to this, she served as Minister of Minerals and Energy from 1999 to 2005 and Deputy Minister in the Department of Trade and Industry from 1996 to 1999. She was also a Member of Parliament from 1994 to 1996 as part of South Africa’s first democratic government.

It doesn’t end there, she has also worked in government and civil society, and with the private sector, and was actively involved in the struggle to end apartheid in her home country of South Africa.

She has completed her Ph.D. in education and technology at the University of Warwick, United Kingdom. 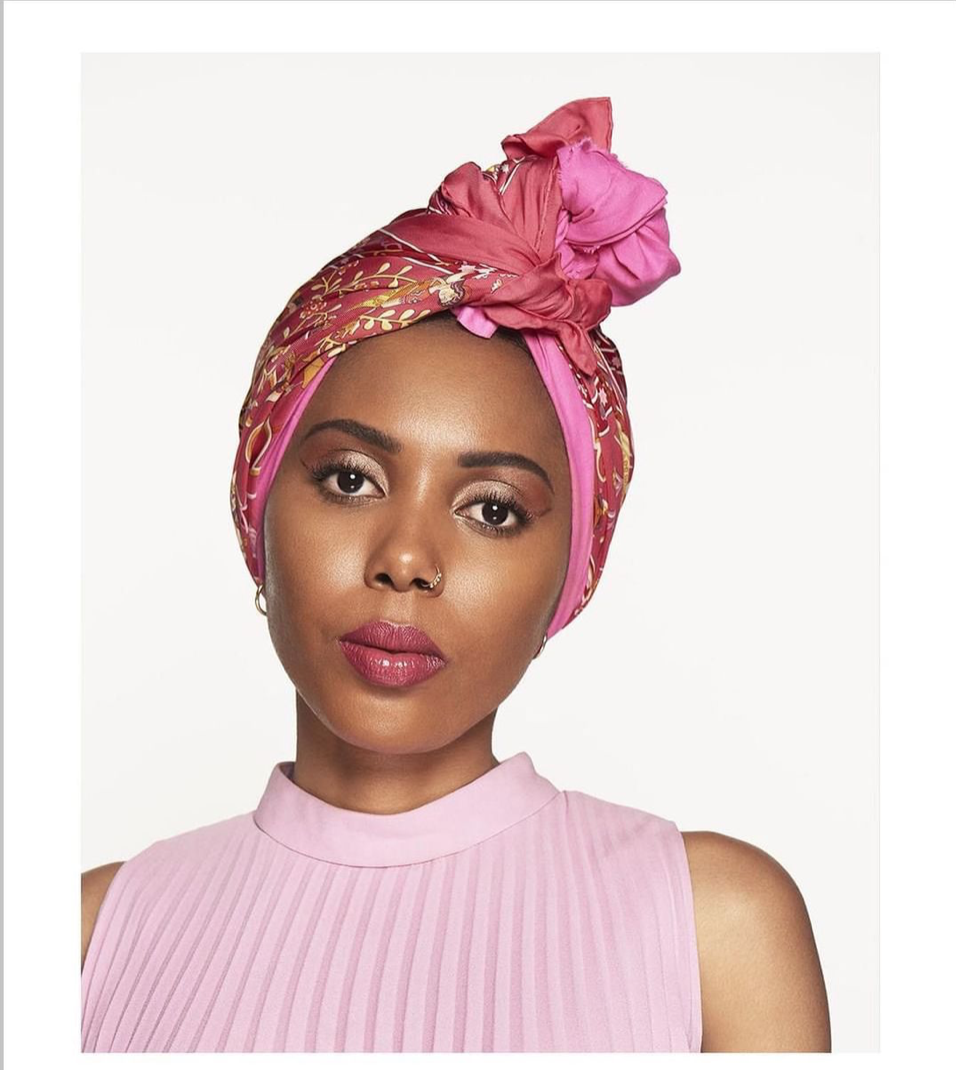 Jaha Dukureh was forced into marriage at the age of 15. Being a victim of child marriage and Female Genital Mutilation, Jaha has dedicated her efforts to support UN Women’s advocacy to end female genital mutilation and child marriage in Africa.

Jaha, who is a Gambian citizen, convinced the Gambian Government to place a ban on FGM in the Gambia. She also contributed to President Obama’s administration investigating the profile of FGM in the USA and the subsequent Summit to End FGM at the United States Institute of Peace.

Jaha Dukureh was appointed Regional UN Women Ambassador for Africa in February 2018. She said, “These issues are personal to me, they’re part of my life history. We won’t have equality until girls can grow up with control over their own bodies and futures, I am proud to join UN Women in their fight for the rights of women and girls all over Africa. I want to see the day when no parent makes a decision that will change and limit their daughters’ lives. The girls of Africa and worldwide need to know that their future is bigger than they imagine.”

Jaha is the CEO and Founder of the NGO “Safe Hands for Girls” which provides support to African women and girls who are survivors of FGM and addresses its lifelong, harmful physical and psychological consequences. She was on Time’s 100 list of the most influential people in the world in 2016. She was also named one of the 100 most influential Africans of 2017 by New African magazine for her work as an activist. She was also honoured with the  “Human rights activist, Humanitarian of the Year” at the seventh annual African Diaspora Awards in 2017. In 2018, she has been named as one of the top 100 gender global policy influencers by Apolitical, one of the top 10 Africa Changemakers by YouthHubAfrica and she is a nominee for the Nobel Peace Prize. 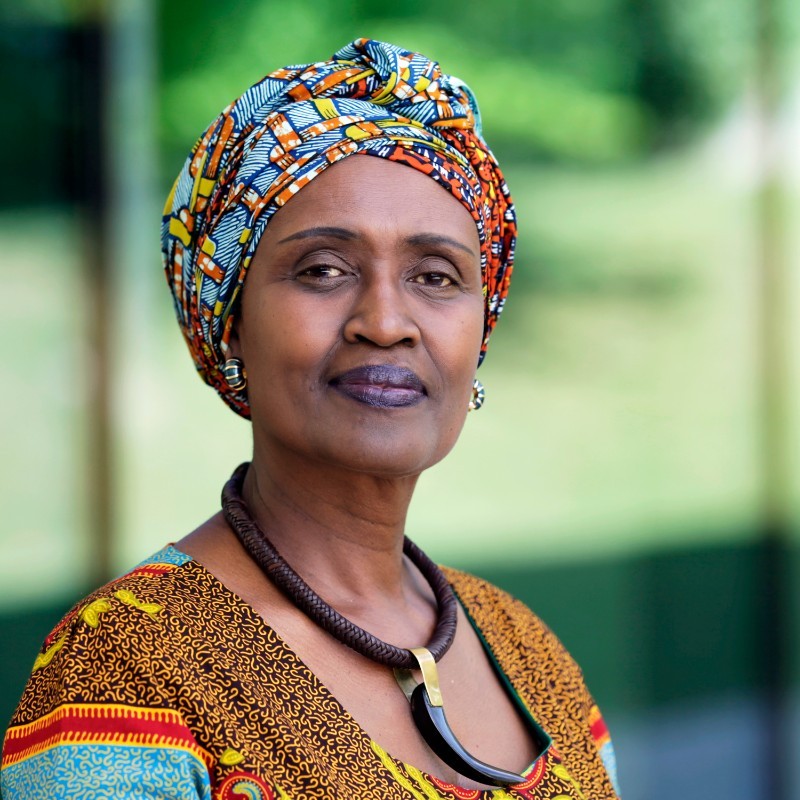 As part of her drive to bring women’s perspectives into core development issues, she co-founded the Global Gender and Climate Alliance and chaired UN-wide task forces on gender aspects of the Millennium Development Goals and climate change.

Born in Uganda, she was elected for three terms and served eleven years in the Ugandan Parliament. She led Uganda’s first parliamentary women’s caucus, championing ground-breaking gender equality provisions in the county’s 1995 post-conflict constitution. She founded the Forum for Women in Democracy (FOWODE), a leading NGO in Uganda, and has served at the African Union Commission and at the United Nations Development Programme as Director of Gender and Development.

Winnie has served on numerous global boards and commissions and is currently a member of the Executive Board of the International Centre for Research on Women. She is also a signatory to her country’s 1985 peace agreement and has helped to broker and support women’s participation in peace processes in several African countries. 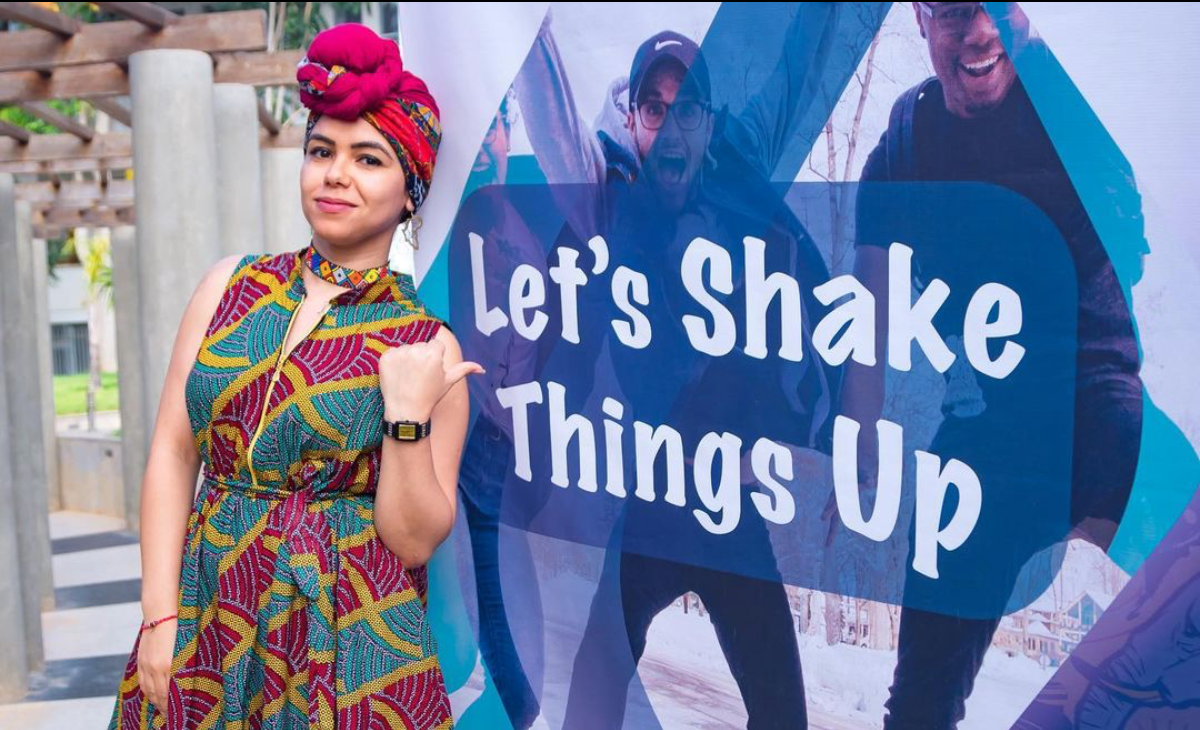 Aya Chebbi is a multi award-winning Pan-African feminist who rose to prominence as a voice for democracy and shot to global fame as a political blogger during the 2010/2011 Tunisia’s Revolution.

Aya’s extensive experience made her an influential leading voice known for rebranding Africa and commitment to peacebuilding, gender equality and Africa’s integration.

Aya served as the first-ever African Union Special Envoy on Youth and the youngest diplomat at the African Union Commission Chairperson’s Cabinet. She has mobilized Youth Silencing the Guns Campaign which has become African Union’s largest youth campaign and main platform on Youth, Peace and Security agenda.

In her role, she has also widely mobilized young women resulting in the first of its kind Africa Young Women Manifesto. She has curated the internationally acclaimed concept of Intergenerational Co-leadership and engaged millions of young people during the COVID-19 pandemic, documented in the Africa Youth Lead Policy Paper.

Over the span of the past decade, Aya has transformed the youth participation space across Africa and created various online and offline platforms with a holistic focus on youth and women leadership. From running an award-winning blog, Proudly Tunisian, and a popular Mentorship Programme, Y-PHEM, to building Afrika Youth Movement, one of Africa’s largest pan-African youth-led movements and Afresist, a multimedia platform documenting youth work in Africa, Aya is definitely a force to reckon with.

She served on the Board of Directors of CIVICUS, World Refugee Council, Oxfam Independent Commission on Sexual Misconduct, Generation Unlimited, Independent Panel for Pandemic Preparedness and Response, the Council of the Africa Public Health Foundation, among others.

She received the 2019 Gates Foundation Campaign Award and was named in Forbes’ Africa’s 50 Most Powerful Women and New African Magazine List of 100 Most Influential Africans. Her story and talks have been critically acclaimed by the Guardian, Huffpost, Jeune Afrique, France24, Deutsche Welle, and more.

Aya yearns to “see a world where women own their own narratives because our struggle is a struggle for voice.”

Firecracker Toyeen: To What Extent Should Parents Influence their Children’s Life Choices?