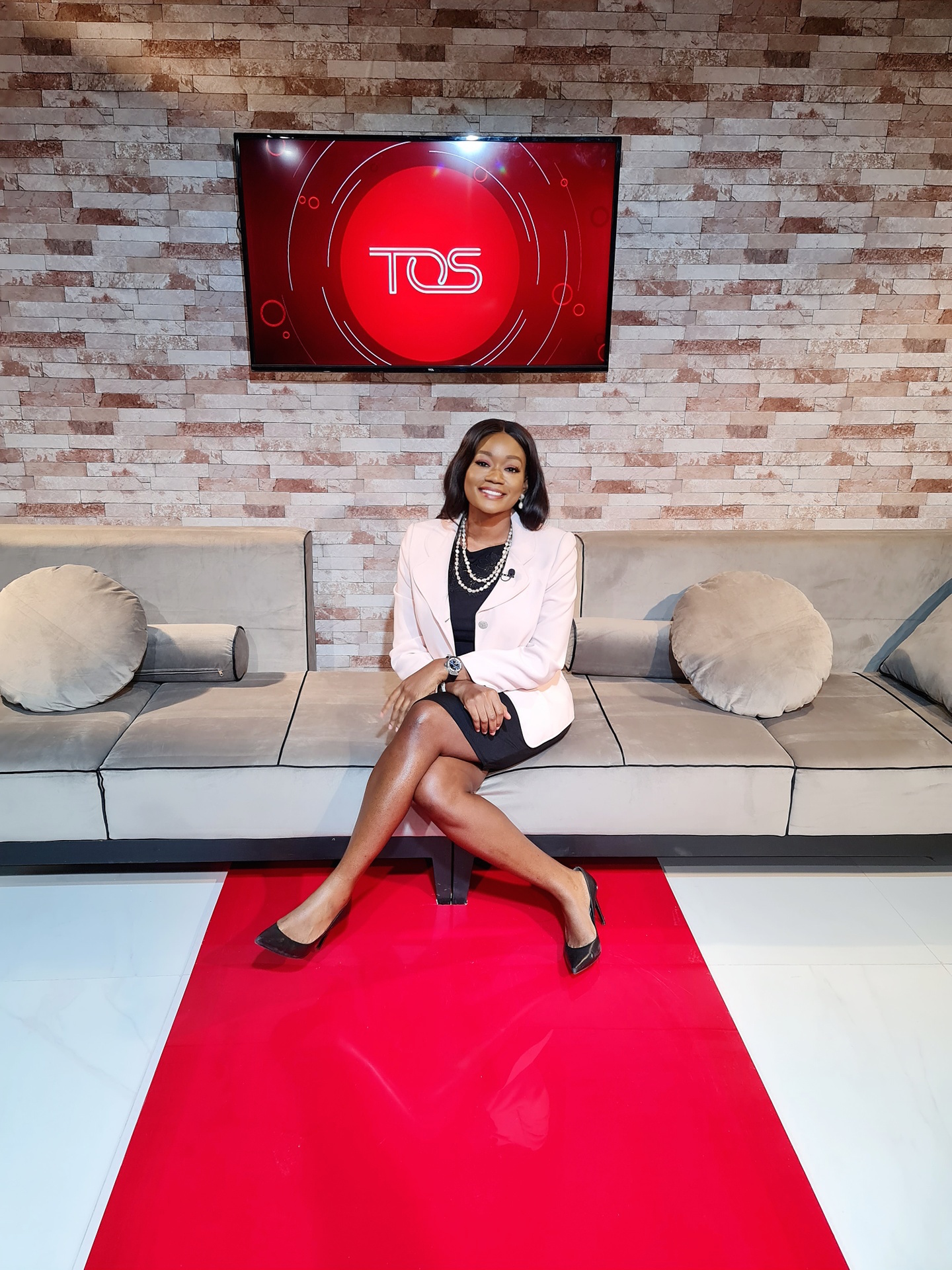 Many times, I can’t help but think about the phenomenal women who paved the way for me to be heard, to be seen and even to be regarded. When I flip through the pages of history, I’m overwhelmed by a mix of emotions – in some stories, I notice the glaring underrepresentation of women, in other stories, I notice the deliberate misrepresentation of women.

For the former, I find myself struggling to attribute our underrepresentation as women to the restricted roles made available to the female gender back in the day which, justifiably, may have disabled us from carving our names in the sands of time as inventors, thought leaders, and so on. But then, my brain scrambles to make sense of the deliberate misrepresentation of women even in today’s world.

More often than not, I find myself repeating to my employees, “the story will forever glorify the hunter as long as the hunted doesn’t have a voice.” As a digital pan-African news network, we’ve taken up the enormous responsibility of becoming Africa’s own storyteller. I impress upon the minds of my employees the need for Africa to tell its own stories in order to gain true independence. This same philosophy applies to the liberation of my women-folk.

While carrying out preliminary research for a keynote address I was asked to deliver as one of the activities commemorating women’s history month, I realised my knowledge of key female inventors was limited. I immediately searched on Google and was impressed by how accessible the information was but equally disappointed in myself for not thinking to access such information sooner than later.

During my preliminary research, I found a list of female pioneers who created the foundation for the discovery of key technological inventions we utilise today. From GPS, bluetooth and Wi-Fi (HeadyLamarr) to disposable diapers (Marion Donovan) and Space bumpers (Jeanne L. Crews), women have always been at the forefront as innovators and pioneers of their respective fields.

Why then are our successes not told as loudly as our male counterparts, or even told at all? For example, did you know a woman, Grace Hopper, invented the first computer compiler essentially teaching computers how to talk? The compiler translated written language into computer code. Later on, in 1959, Hopper and her team developed Common Business-Oriented Language (COBOL), one of the first modern programming languages.

Did you know an African-American woman, Marie Van Brittan Brown, invented the first home security telecommunication system? Brown created a system of four peep holes and a movable camera that connected wirelessly to a monitor. A two-way microphone system allowed her to have conversations with people outside her house from the comfort of her bedroom. Brown’s idea became the groundwork for all modern home security systems today.

A woman, Stephanie Kwolek, invented the Kevlar in 1964. Five times stronger than steel, Kevlar has since been used for everything from boots for firefighters to spacecraft parts, and even bulletproof body armour. A woman, Jeanne L. Crews, invented the Space bumper that protects satellites and manned craft from space debris and meteorites? An African-American woman, Patricia Bath, invented Laserphaco Probe in 1981 that quickly and painlessly uses a laser to dissolve cataracts in the eye, thereby saving millions of people from going blind every year.

These laudable inventions were achieved by all women! I bet, just like me, you weren’t taught this in history class, didn’t hear it in the media or discuss it over dinner with friends. I strongly believe we all have a role to play in fostering a just and equal society for everyone, therefore, we cannot afford to be passive in our learning and activism.

The underrepresentation and misrepresentation of women is still evident in society today and as much as I would like to point fingers to the absence of women’s history in our school curriculums – which is, to a large extent, valid, we — men and women alike – must be proactive in acquiring knowledge that ensures the stories and achievements of women are accurately told.

As a media practitioner, the founder of a startup pan-African digital news station, and the host of two popular talk shows, I see, firsthand, that women still find it difficult to blow their trumpets. During interviews, I can’t help but take notice of how women shy away from singing their praises while their male counterparts consistently speak beyond their allotted time frame.

I partly blame society for this because it has conditioned women never to be too much; don’t speak too much, don’t eat too much, don’t work too much, don’t do too much, don’t aspire too much – because “too much” is the antidote for fear and self-doubt which society has used to kill the confidence of competent women, as well as the testosterone that invokes insecurity in every lily-livered man.

Well, ladies, I love to break it to you: the time is now to do too much – to say too much, to be too much, because “too much” is needed for our survival in this day and time. The same way you can’t light a candle and put it under the table is the same way we are no longer allowed to hide our talent and innovations. We are no longer allowed to be quiet about our achievements and term it ‘modesty’.

We need to be comfortable screaming “I’m the greatest” from the top of any stage or mountain because no one will do it for us even if they know we are. My life motto for the past three years has been to “do more” even when I feel I’ve done enough. I push myself to new limits. I don’t take no for an answer. I’m stubborn about my dreams and goals. I do not relent in pursuit of greater achievements than yesterday.

Yes, I go through my own set of challenges. Life can get very tough, I know, but listen to me, you have all it takes because you are made woman, therefore you are made tougher than any battle you will face. We must acknowledge the fact that it is a struggle being female, compounded with being African due to cultural expectations. Nonetheless, the pioneers aforementioned experienced equal if not worse struggles and turned out as success stories. So, we have all it takes within us to succeed, no excuses just results.

Like Madam C.J. Walker, like Mary Anderson, like Sara Blakey (CEO, SPANX), Like Oprah Winfrey, like Mo Abudu (Ebonylife TV), like Osai Ojigho (Amnesty International), like Amina Mohammed (UN Deputy Secretary General), like Ngozi Okonjo-Iweala (DG of the World Trade Organisation), like me, Osasu Igbinedion (CEO, TOS TV NETWORK), you too can do too much, simply because you deserve so much! You deserve to have all that you can fathom, all that your heart desires, all that you work hard for.

To create Awareness for COVID-19, SWIFT Network Team takes on the #JerusalemaChallenge

Chief Osasu Igbinedion, the Nne Odum 1 (Mother of Lions) of Isiala Ukwu Mbato Autonomous Community of Obingwa LGA, is a 28yr old black, female successful entrepreneur. She is the Chief Executive Officer of TOS TV NETWORK, a digital first panAfrican news station, Executive Director of TOS Foundation - an NGO focused on the empowerment of underprivileged women and children, the CEO of LEZEANOO SERVICES LTD, a stevedoring and downstream oil and gas firm, and the host of two popular talk shows, The Osasu Show and The Weekend Show.