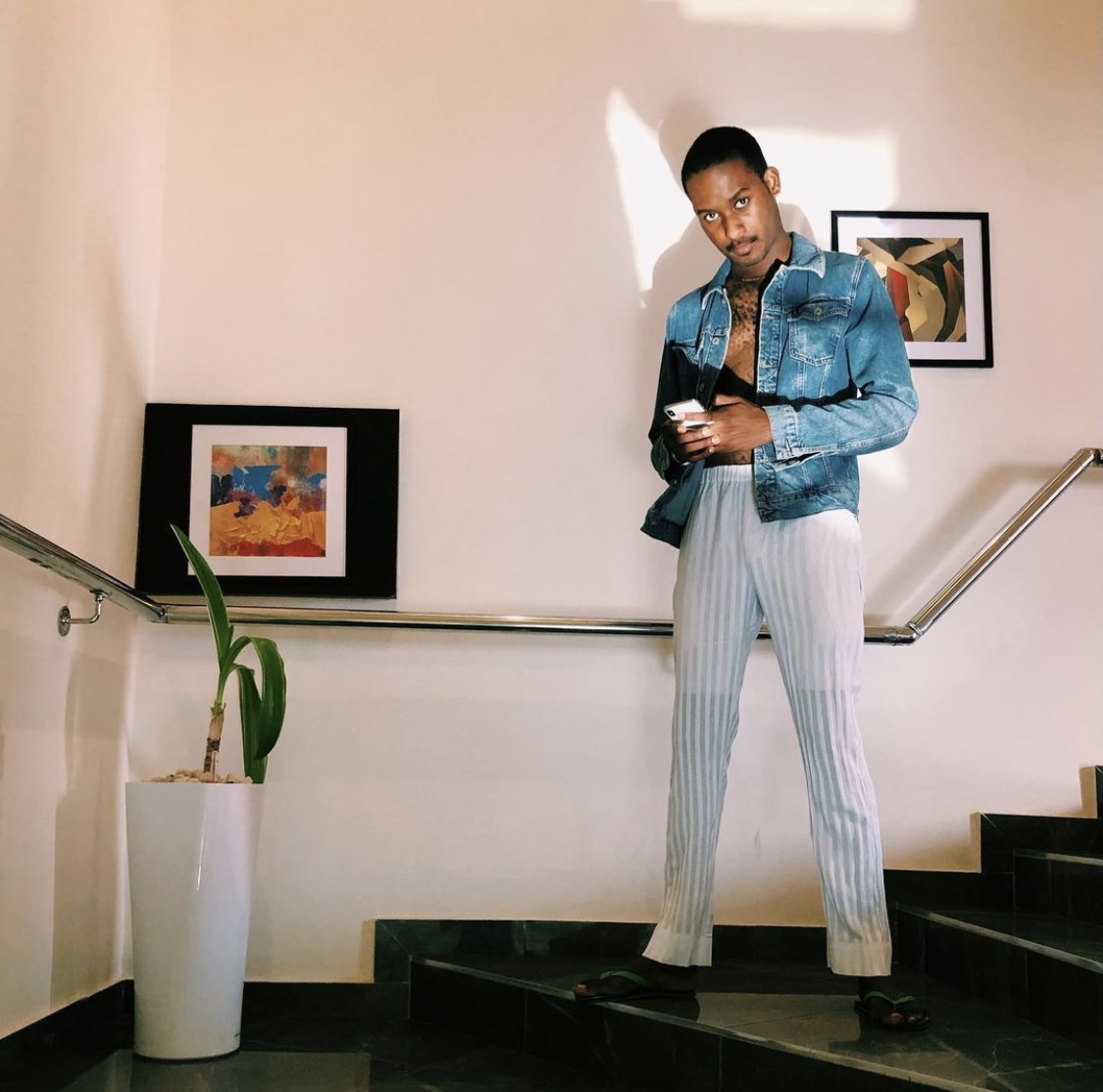 “Africa is for Africans, and on those premises, only Africans can change Africa. Western’s handout will not.”

The quote above from Liberian author and activist, Henry Johnson Jr, is the opening words of Sub Sahara, a play-styled TV series that aims to be allegorical about Africa and her pressing issues, metaphorically highlighting problems ranging from the ineptitude of African governments and the collective lackadaisical attitude of Africans to the challenges facing them. It is currently showing on a Nigerian terrestrial television, OnTV, and there are plans to have it on international streaming platforms to reach a wider audience. Sub Sahara show was also in cinemas for a few weeks in April. Parts of the show were edited and screened at cinemas to help promote the TV series. I caught up with the director, 25-year-old Buhari Yesufu, who talks about his pivot into filmmaking, the making of Sub Sahara, and shares thoughts about Nollywood.

Sub Sahara is your debut work as a director. What other channels has your artistic expression taken?

My career as a creative began with photography. I was a photographer when I was in university. I attended Nottingham Trent University. Then I started doing parties after some time. I’d say we threw some of the best parties the UK has ever seen. I moved back to Nigeria after graduation and got an amazing opportunity to manage Ajebutter22 which drew me into the entertainment industry. It was a good experience. We worked for about a year or two. We dropped the What Happens in Lagos album. It was amazing. From then on, I started my journey in the entertainment industry. I started working with Julydrama, an incredible act. He did the entire score for Sub Sahara. I also worked with Prettyboy D-O, but as a road manager. And then came COVID-19 and I started directing.

So the period of the COVID-19 lockdown inspired you into making films. Prior to the lockdown, you had never thought of making films?

Before COVID-19 and the lockdown, I did not watch a lot of movies. Managing artists is more hectic than it seems. You think you’re free after the activities of the day, but at night you have to go to the club for appearances and stuff. But going to America had a very huge impact on my life. I went to L.A. and I just experienced the whole Americanisation of the media and how so much of what we’ve been sold as the American dream was made in Hollywood. It made me want to create the Nigerian dream too.

That’s why the first thing you see in Sub Sahara Show is “Africa is for Africans…” And I think the quote makes viewers go in thinking it’s some deeply political film. It is political but it’s comedy at the end of the day. But I realise that we just have to start getting people to like Nigerian movies. It doesn’t always have to be set in the village, or have to highlight the problems with Nigeria all the time. I wanted to create a world where young people can imagine a different Nigeria, a Nigeria that can be fun and interesting. People were like oh, why didn’t they speak pidgin or any of the Nigerian languages in Sub Sahara? I didn’t want the actors to speak pidgin for a personal reason. But I also wanted to, you know, be in La La land for a second. 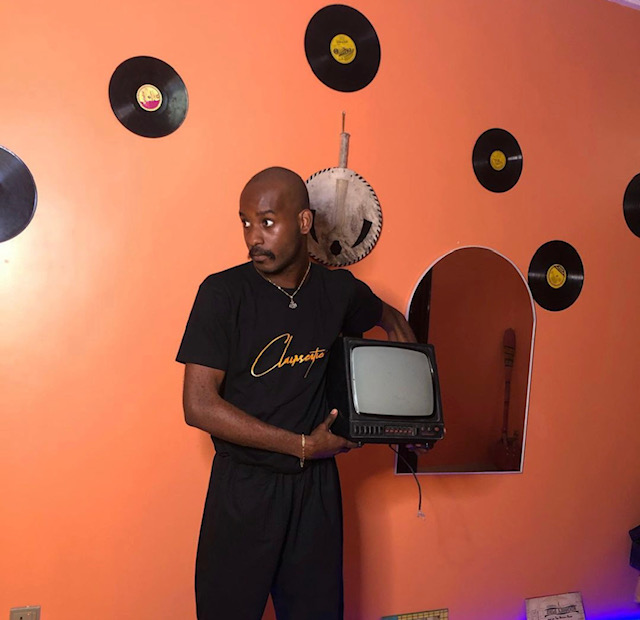 COVID-19 hit and I came back to Nigeria and I think I watched the last 15 years of pop culture during the long lockdown. There was time and there was nothing else to do. You had to watch TV. So I watched (and I’m still watching) everything on Netflix both old and new, then I hit Netflix Naija and I started watching Nigerian films. And I’m like, “wow these guys are not doing too badly,” but I just don’t like their stories. I just don’t like the fact that they are doing the same stuff. Nollywood is interesting but people want more make-believe. We can lie; Americans lie a lot. White people lie a lot. Let’s lie that Nigeria is sweet. Let’s lie that there are some young couples living in mansions and are living crazy lives. Like in Sub Sahara, Mama Kenny and Papa Kenny are too young to have a kid. Papa Kenny is not your average old man in his 60s who has made his money. Let’s make some unrealistic goals or ideals. Let’s make Nollywood fun again.

It is surprising that you think there’s not enough “make-believe” in Nollywood, considering that critics lampoon the industry for focusing mostly on the lives of the rich and elite. It’s an interesting thought for me. Also, there’s an issue of authenticity too here. If characters are in their 20s and 30s and have a teenage son who doesn’t look anything like a teenager, do you not think that it would be difficult to suspend belief?

The thing is that the original plan was that we were supposed to all wake up and it would be a dream, Kenny’s dream. The world of Sub Sahara is fictitious. If you watch the TV show, there are more crazy things that happen. There are a lot of other characters people who saw just the movie didn’t get to see. Sub Sahara is just fiction. It is all make-believe, nothing is exactly real. It’s a play. There’s no underlying truth to it. Nothing deep. Everyone is trying to be deep these days. And that’s good. I like deep stories and all that. I feel like I just wanted people to go to the cinema and just feel good. Not just feel good but also see things they’ve not seen before, things that sounded interesting and fun. Even the way we shot. I feel like if you take Sub Sahara anywhere in the world, the questions would be, “What’s this? What style of shooting is this?” When we went to submit it to the cinemas, they were not even sure whether they are allowed to show a film shot in this way. 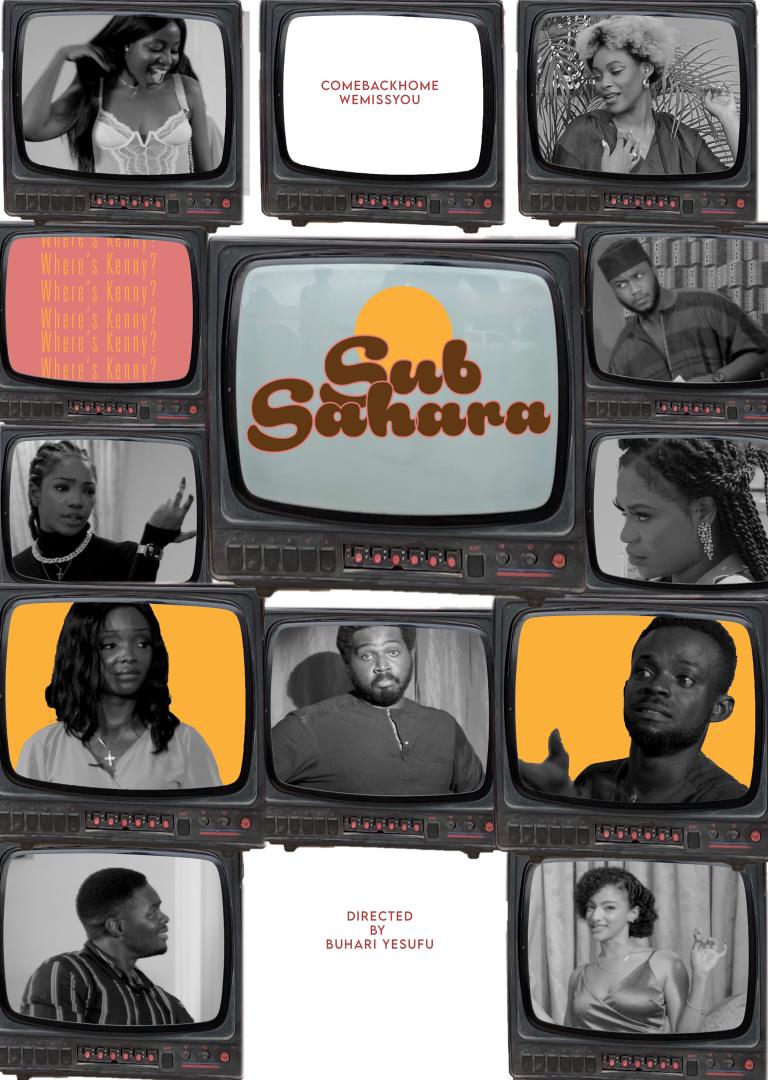 I’d like to take us back a little. I’m interested in knowing if the reason characters do not speak pidgin or any Nigerian language in Sub Sahara has to do with influences from Basi and Company. Another feature both shows share is the intermittent small crowd laughter. In the 90s B & C had been praised for its use of “standard English.” Apparently, in those days, there was a wild belief that films/shows made in pidgin were responsible for the bad English young people spoke and for the rampant failure of the English Language in WAEC exams, so the show was praised for its use of “standard English.”

Sub Sahara is not just for Nigerians, it’s for the whole of Africa. I wanted something everyone could listen to. For instance, if I wanted to put it in a cinema in Ghana, it would easily be grabbed by the audience.

At first, I wasn’t concerned about making money from Sub Sahara. As you said, the cast is unknown. Most of them were friends. We had not planned to be in cinemas. We just wanted to do something different and interesting. But as time went on, it became serious. The problem is that we didn’t start shooting as a small production with a DSLR camera and a few lights. We were shooting like a big production. After shooting the first few episodes, we had some serious investors come on board. I always say when you do a good job, money will come. It wasn’t difficult to get investors from then on. Of course, investors coming on board made us begin to focus more on the money and ways to recoup the money. But even at that, I tried not to take too much money from the investors. 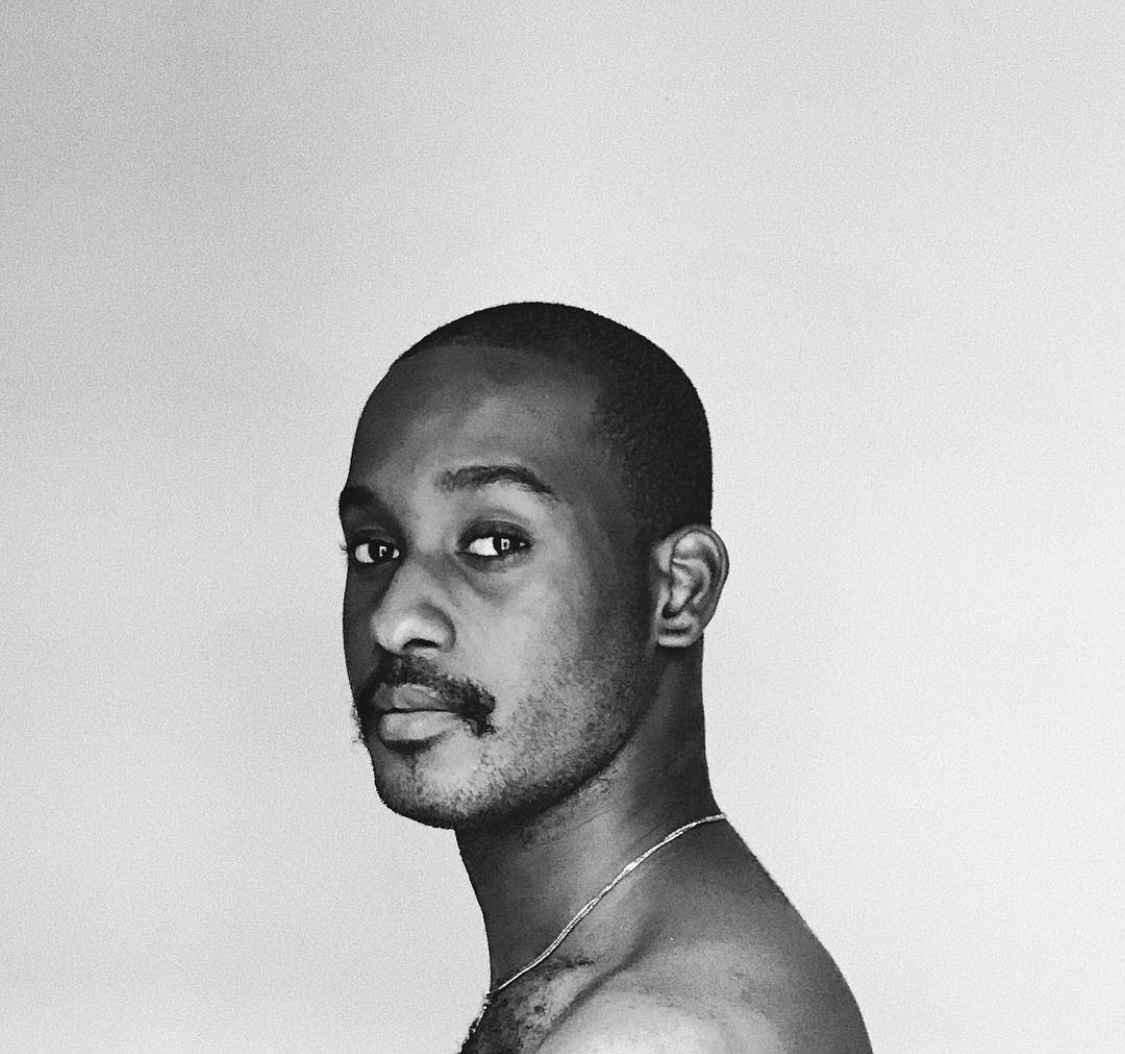 I wasn’t worried about how Nigerians would take it. I was intrigued. So far, the reviews have not been bad. Sub Sahara is one of those things you watch and you laugh. It’s not something that might linger for long. The only issue I had was that some cinemas didn’t accept us because we didn’t have “big faces” in it, not because it wasn’t well made, or visually appealing. That was very disappointing and frustrating to hear. Some told us to bring an unrealistic amount of money for “marketing.”

Is this standard practice in Nollywood?

I don’t know if it is. But it was very interesting. A lot of money was asked of me from different places for different reasons. But I want to give a huge shout-out and a big thank you to Blue Pictures. Blue Pictures are one of those people that have been here for the longest and they were one of the first people to accept us, and they were nice to work with.

It’s good you say that the show was mostly intended to be lighthearted, nothing deep, but you did attempt to make social commentary about Nigeria, to an extent, Africa. How important was it for you to do this?

I come from a somewhat political background in the sense that my dad, Abubakar Yesufu, is one of those Nigerians who care about the country. He was strongly involved with the Sowore case – in freeing Sowore with Femi Falana. He is very vocal about politics and a big critic of the government. And I followed in his footsteps. Growing up, my dad played Fela for us, me and my siblings, and made us understand the value of being Nigerian. He made me know the importance of doing things for God and the country. And I felt this belief had to resonate in everything I was doing. I knew that young kids would watch and I felt a need to inculcate something in them. I was hoping young people would watch and say Africa is for Africans and we can change this country if we stay here and work at bettering it. 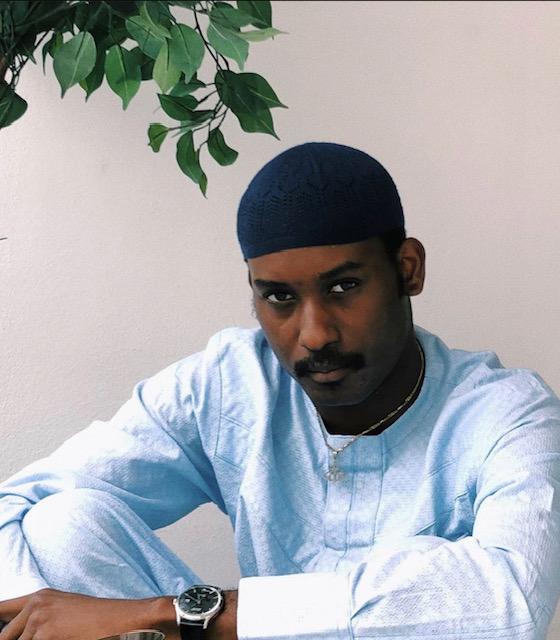 Now that you have tried cinema, I’d like to know about other plans for the Sub Sahara Show. Also, considering the difficulties you experienced with cinema executives in Nigeria, would you be returning to them with a new project?

Yeah. Definitely. We still have a lot to do with the Sub Sahara show. We hope to bring it to streaming platforms later. But I’m also looking at working on a documentary soon. I’ve also been contacted by a few people to write some scripts. Expect a lot more from us.