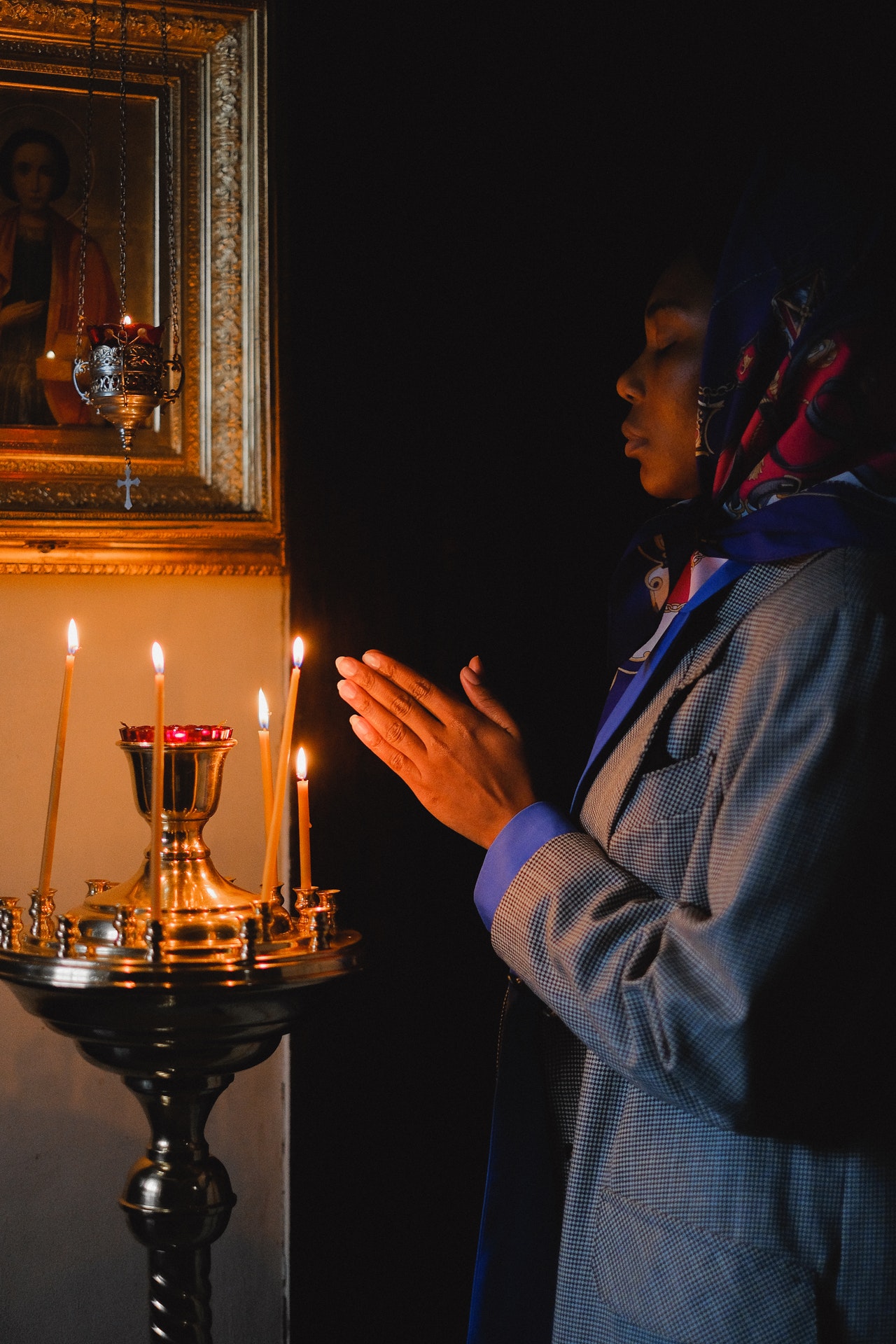 I was scrolling through my Instagram timeline when I saw a post DANG made on someone who shared, on Twitter, how his friend rented a haunted apartment. Because I’m nice, let me give you the gist quickly.

So, according to Alex Oluwatobi, who shared his friend’s experience in a series of tweets, he had followed his friend to hunt for a house in Ikorodu. While checking the house, he decided to go get a cold drink when he saw his mum’s friend. He told her his friend was getting an apartment and showed her the house. She then told him to warn his friend not to rent that apartment because that house was known as a “barren land.” Now, Alex told his friend who brushed the concerns aside and claimed that as a Christian, there is no spiritual battle one cannot fight. He went ahead to rent the apartment.

One would expect that because of their disobedience, things would begin to go downhill for his friend, right? There’s a plot twist there; his friend prospered more. He got married three months later, and bought a car. “Barren land” got nothing on him, and he and Alex laughed every time they remembered his mother’s friend’s warning.

But there’s another plot twist: the “evil ones” were just giving him a welcome special ni; they struck 8 months later. First, he lost his banking job – which Alex believed was because of COVID-19. Then his wife lost her pregnancy. He decided to use his car for Uber but guess what, every time he woke up at 6am, the car would refuse to start until 8:30am in the morning. When the wife got fed up of everything that was going on, she invited a pastor who asked them to move out of the house ASAP. Alex asked his friend to come spend the weekend in his house, and guess what again, the car worked as early as 6am in the morning.

Things like this look like they only happen in Yoruba movies but experiences like the above are further proof that there are spiritual battles, whether or not you choose to believe.

Here’s the interesting part about DANG’s post: some people claimed they wouldn’t leave the house simply because it’s tainted by spiritual filth, instead they will fight and make the house uncomfortable for the witches and wizards. Another said juju power is incomparable to the power of God.

While I agree that  juju power is incomparable to the power of God, let me first of all state that there is nothing simple about a haunted house. Nothing. Like Alex’s friend, you can lose everything just because you moved into the wrong apartment. And you will lose it fast – before you can say “Mushin.”

Secondly, why would I want to dip my head into a spiritual battle that should be of no concern to me in the first place? Am I the owner of the house? I believe Alex and his friend were warned because God did not want them to make a costly mistake. The fact that you are a Christian or you know your stance in christ does not mean you should deliberately enter the lion’s den. This is a clear case of trouble siddon, yanga go find am.

As a religious person, I believe we should all have a discerning spirit. Know when to fight and when to dust your sandals and japa. And if it is fight you want, you better girdle your loins well and be ready. If you watch horror movies, you will know that spiritual warfare is not a one-off something, you will fight it for years, sometimes even for generations. So if you are a fighter, better come prepared.

There are a few lessons to learn from Alex’s post. One is that wisdom is profitable to direct. When you receive certain warnings, especially on spiritual matters, it is important to fall on your knees and ask God for direction. Does he want you to stay and fight, or does he want you to leave? One of the biggest mistake you can make is to take warnings with a pinch of salt, and then wait until you lose everything before you take the necessary measures – one you should have taken beforehand. The world is way more mysterious than we give it credit for. Yes, prayers can solve all things but certain things are made known to us beforehand so we don’t have to fight and fight.

Another is to ask around before you rent any apartment. I know it sounds silly to ask neighbours if a house is haunted or not, but simple questions like what they think about the house and its owners will send tongues rolling. Don’t be shy, your future is at stake here.

Anyway, if you ever find yourself in this situation, what would you do? Stay and fight, or grab your bag and baggage and leave the apartment? But before you answer this, let me leave you with this comment that was made on DANG’s post: “It’s better to use your prayer energy to progress in life than to be using it to fight spiritual warfare.”

Photo by Anna Shvets from Pexels

Estrella Dale: Mining Gold From the Pain of Divorce