#BN2021Epilogues: Tolulope Was At Her Lowest this Year But She Believes 2022 Would be Better 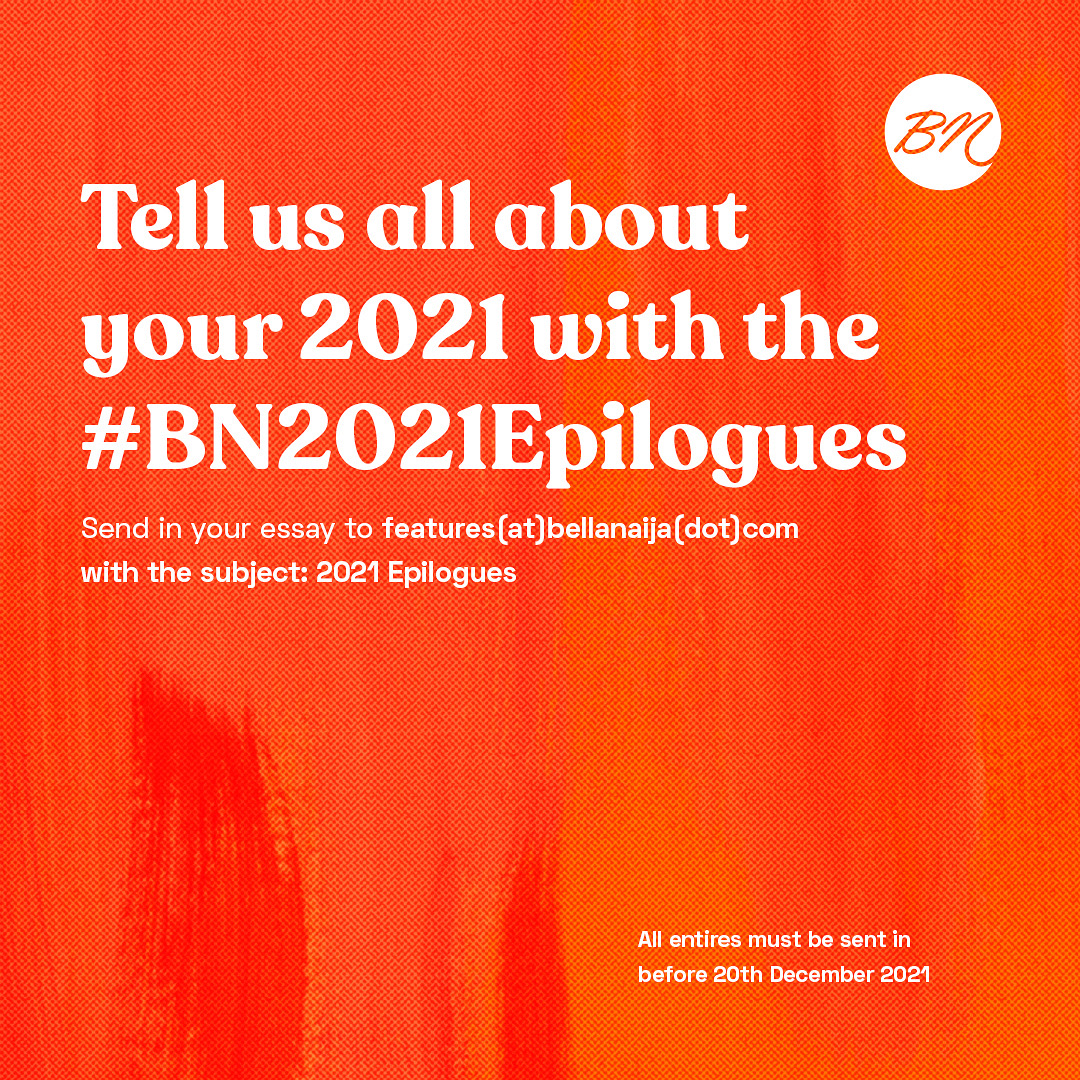 2021 was the year life made sure I feel all that there is to be felt in the negative spectrum of emotions. It did a pretty decent job at ensuring none of the emotions were left out. While 2018 had me revelling in the beauty of being alone and falling in love with my own company, 2021 has been the year of being alone and feeling every speck of loneliness; it was basically a lonely year. I played my part by intentionally cutting out friends and family at some point. I had to because having to explain that I have been sick (and not in the conventional way people recognize sickness to be in this part of the world) became exhausting, and I definitely did not want to become anyone’s responsibility or project.

I found love in 2020 but I started out this year on the sour note of losing it. It was the warm, safe and reassuring type. The type that was beautiful while it lasted – every second of it. I adored what we shared and mindlessly thought I had found the one. It was all cloud nines and giddy feelings till I was bitch-slapped into reality by my insecurities; it sure was not having any it. I was reminded that good as it felt then, they eventually still leave and had to question why I was postponing doomsday when I could orchestrate it into happening sooner. So I launched into attack mode and did what I knew how to do best: I self-sabotaged, and here I am, almost turning 32 and single to stupor.

I also lost the relationship I had with one of my closest friends this year; one of the very few who stubbornly stuck around despite the consistent bullshit I was dishing. This went on till she decided she had had enough. It has been almost a year of not communicating. I have considered having a decent conversation with her to explain why I act the way I do: how social anxiety, crippling fear and bouts of panic attack had become a reality I consistently deal with in my world; how they would often numb me and how I depended so much on alcohol as it provided a brief and sweet escape where living doesn’t hurt as much; how I was tired of living that way and desperately needed help from. But I fear she’d think of it dismissively as one of my numerous convenient excuses, so I chose to rid her of the disappointment I had fast become.

For someone who would intentionally lose love, I still found myself craving to love and be genuinely loved in return.

2021 was  such a difficult year to navigate; decisions became tougher to make and tears (my most effective release mechanism,) had become harder to let out. I winged through the year all tensed up, with a lot of emotions tightly bottled up with no outlet. It was too much weight to drag around and I would often break down from time to time. Genesis 2:18 finally made sense to me this year. I remember ruminating on that verse the night I had the eureka moment and muttering to myself that I had entered one chance as I did not see the me, myself and I entanglement I had gotten myself into ending anytime soon. I could not imagine why anyone would want to spend what’s left of their lives with damaged me.

It came as no shock that my job caused me more anxiety this year then ever. Mostly because responsibilities make me shit in my pants. Also, I seem to have an impeccable talent for making poor life choices (I mean I would rather drink till I am tipsy than do anything remotely close to what normal people do when sick.) Each day saw me battle with thoughts of how much of an incapable fit I had become on the job. My weekends stopped being weekends as I would worry all through about everything that could possibly go wrong. My job basically started to stifle and snuff life out of me.

My health plunged some more this year. I spent the better part of it fighting the idea of seeking help till I had no strength left in me to keep up with the fight. I grudgingly dragged myself back to therapy when it became obvious I was going to explode if I did not act fast.

I also briefly explored the God option. Briefly because it felt too exploitative to pursue. I could not bear being in a relationship with God solely because of what I had to gain. Instead, I decided to wait it out till I eventually come to a place of understanding God’s love for me and how much he wants to freely give to me the peace that I so much long for.

Dark as it was, I had a fair dose of what I will call cheat days. The blinding streak of light that shined through were my siblings. Their very major wins this year was all I needed to prop me up on days when I couldn’t make a case for my existence. It must have been the universe’s way of compensating me and for that, I am super thankful.

For 2022, I want more cheat days, less alcohol and yes to blinding lights.

#BN2021Epilogues: Titilayo Olurin had a Year of Regrets and She Hopes 2022 Would be Fulfilling