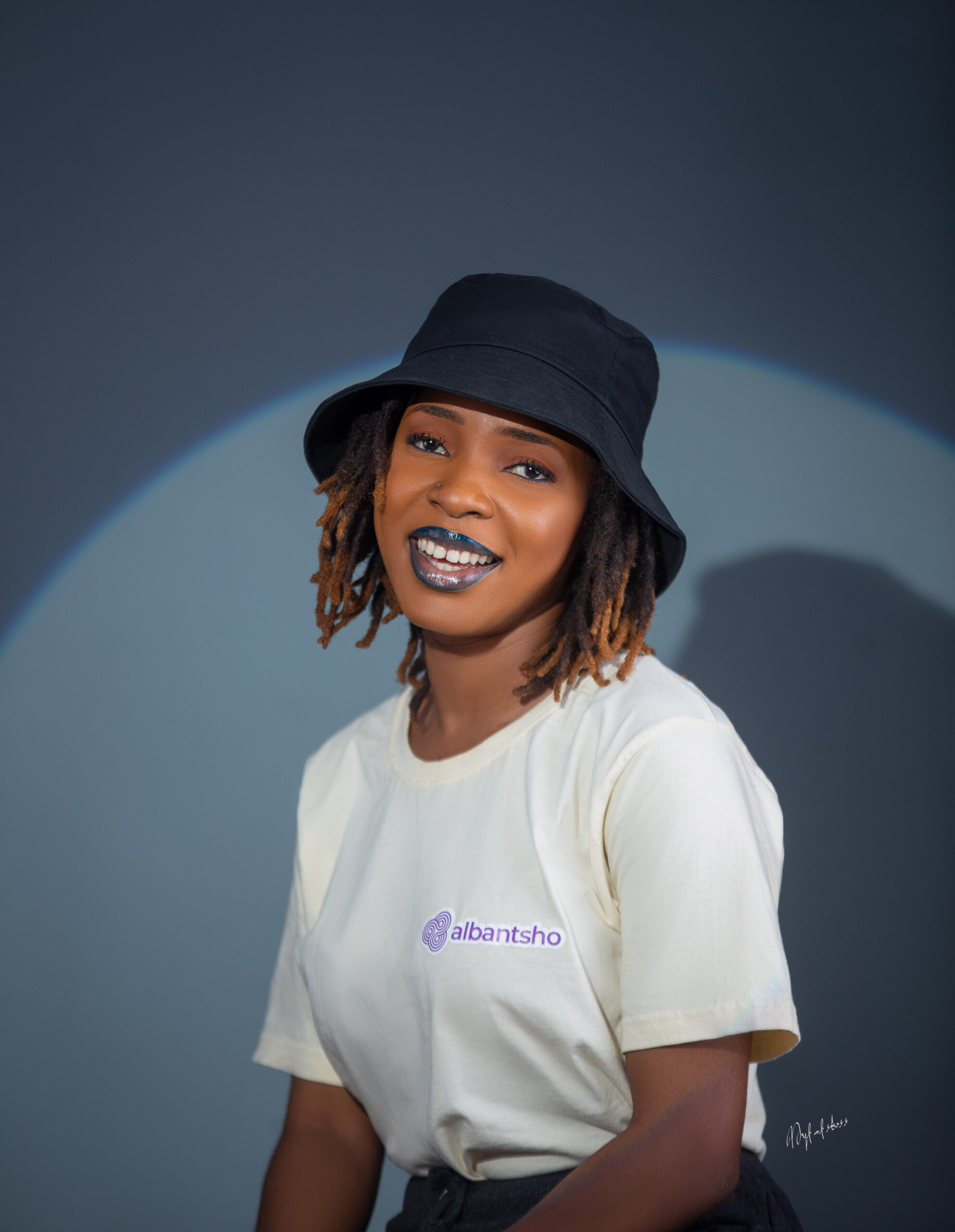 Julie Ako was a child when she experienced the freedom storytelling held in its palms. The stories her father told – of their village – and the jingles he always ended them with connected her to beautiful moments, some she still holds dear in her heart. Stories made her become. They made her free. And this freedom, she believes, is one every African should experience.

Storytelling is a big deal on the African continent today. The power of technology means that the  media outside the content no longer hold the key to believability when it comes to the African narrative, or telling the African story. Still, what does it really mean for Africans to “tell African stories”? To this, Julie has a simple answer: storytelling is as individualistic as the ideas people live by.

The question of what storytelling means is a very reflective one. There is no right or wrong answer. It’s always about the individual and what they believe to be true to themselves. Telling your own story is simply giving people the courage to feel comfortable to tell the stories that they can recognise and relate to.

The core of telling your own story, as an African, is that you believe what you’re saying. You can look at it and there’s believability there. And believability can only come from true awareness – of who you are, where you come from, the things that inspire you, why you do the things you do, and, beyond yourself, how the things you do reflects in your society.

For aeons, the awareness of who we are as Africans has been influenced by cultures that are outside of ours, and stories of us told over and over again until they became our (single) stories. Until we begin to believe and re-echo them. Julie believes our awareness has long been shaped by western films because that is what’s in the mainstream. That’s what we can access. “So you begin to feel like that is who you are even though you don’t see yourself in it, because that’s what is in your face all the time. Because of that sense of the universality of stories, you feel like that’s probably what you look like,” she says.

Thankfully, we now live in an era where Africans are not only consumers of stories, but also tellers. Be it through music, films, fashion, literature, and many more, people are telling the African story in a beautiful way. People are seeing themselves duly represented, they are seeing and reading things they can emulate. And because this feels closer to home, it is spiking creativity. 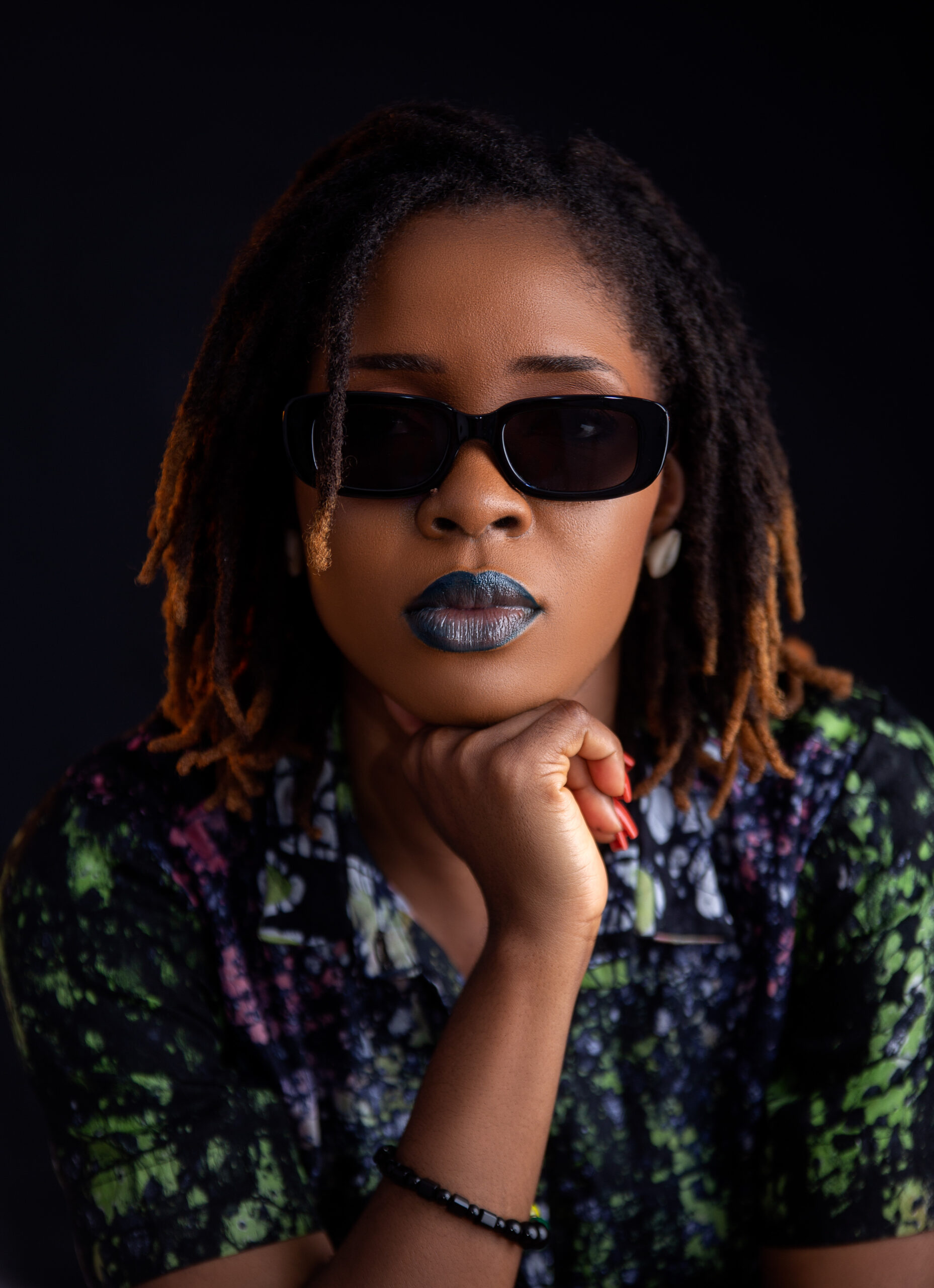 There’s also something very charming about Africans telling their own stories: you feel free. Julie has seen the impact of storytelling in her own life, so it is no wonder that she is focused solely on telling positive African stories.

I believe that stories have a great impact on how you see yourself as an individual. And for the longest, a lot of us Africans really struggled with an identity crisis. We struggle with the subconscious effects of colonialism. We struggle with so many things, coupled with bad governance, and the many other things we have to deal with. It’s very easy to lose ourselves in that chaos. This is our reality and there are people who would tell the stories of our reality.

But what about stories that bring us out of that shadow? Stories that make us feel ‘yes, we have these problems but there is light on the other side?’ And storytelling is one of the tools that I believe can change our narrative.

We’ve seen that with music. There was a time when we were consuming so much foreign music. And musicians decided they have a sound, and they were persistent with that sound. They made music that made us feel alive and happy to be African. And before you know it, it became an identity that people now want to connect to.

It’s not about lying about our society or situation, it’s about telling more positive stories. I mean, Hollywood did it for the longest time. They sold the heroism story to their people for long and, right now, an average American thinks they can save the world. So we can find what is very special about us and highlight it.

Every great film starts with a script, but let’s be honest, how many times do you watch really good movies and pay attention to who wrote them, as much as you do for the producers and directors? There lies your answer. On most occasions, we only remember the writer(s) when the movie is so bad. 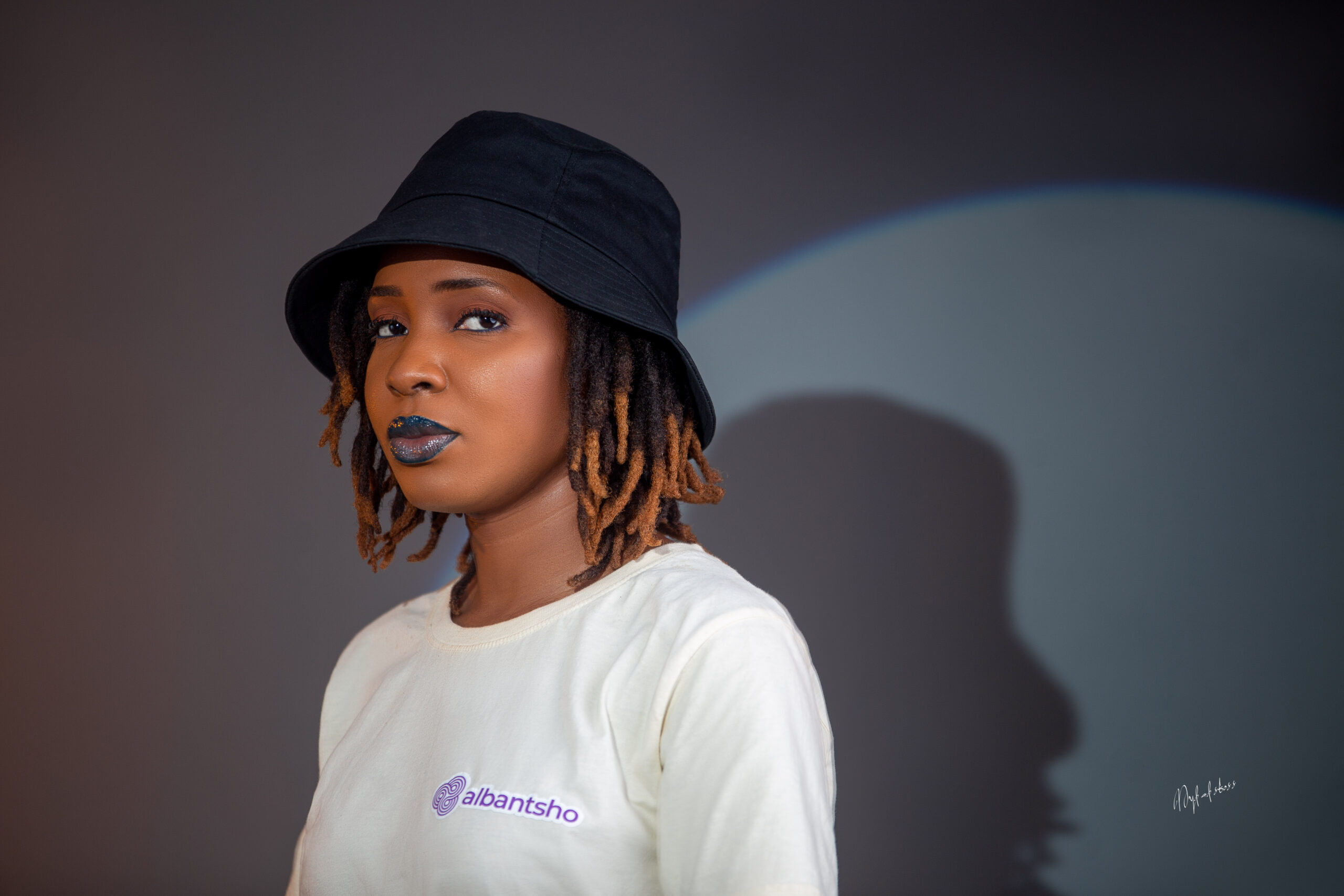 Filmmaking is a huge in Nigeria and Africa, but the journey to telling sterling African stories and seeing them visualised on our TV screens is a craggy, rutty one. It is not just enough to put words to paper, these words must be spread across all platforms and sectors. These stories must settle into people’s ears and hearts – they must be seen, heard, smelt, and tasted by the people who matter the most: people they are written for. And this starts with building a system where their works are appreciated and paid for. That is what Julie Ako is doing.

Back in school, I made it a commitment to learn more about the process of screenwriting to improve what I already knew.

Series of writing and growing and before I knew it, my first screenplay was ready. It was so good that I sold it to Africa Magic. I was super excited. That was how the screenwriting journey began.

As Julie wrote plays, she realised there was a gap that needed to be filled in the filmmaking industry: writers knew their onions, but the opportunities were so limited that they weren’t getting the accolades they deserved.

“There is so much negligence. The writers are the least regarded and the least valued in the industry. We need more investment in storytelling and in the people who are telling them.”

There was an urgent need to bridge the gap between writers and the opportunities that abound. And so Julie did one thing: she birthed Albantsho.

My friend and I were talking about storytelling and we decided to create a community where writers can help each other. It was all about getting the story right because that’s what makes sense. That’s what producers will pick up. That’s what directors will work with. So we started with a group on Facebook at first and did a writing workshop. The majority of the writers were from Botswana and the work they left with after the workshop was way better than what they came in with. And there was so much positivity all around. But that wasn’t sustainable. We kept thinking: what do they do after learning so much? How will they feel connected to the industry? We decided that we need a demand and supply chain. A supply of writers and demand from the market (read producers). This gives the writers a sense of continuity. So we came up with a platform where their beautiful written works can be acquired: Albantsho.

Julie likened storytelling to an onion: there are many layers to it. The name “Albantsho” is poetic. Its meaning, black onion, doesn’t just sound fantastic to the ears, it is reflective of who we are as black people talented on all fronts, and the tellers of our own stories.

Founded in 2020 by Julie Ako from Nigeria and Nikita Mokgware from Botswana,  Albanstho is a platform where amazing black Africans come together to unfold the many layers of African stories. Imagine Albantsho to be a digital market: writers write, producers purchase, and talent meets value. 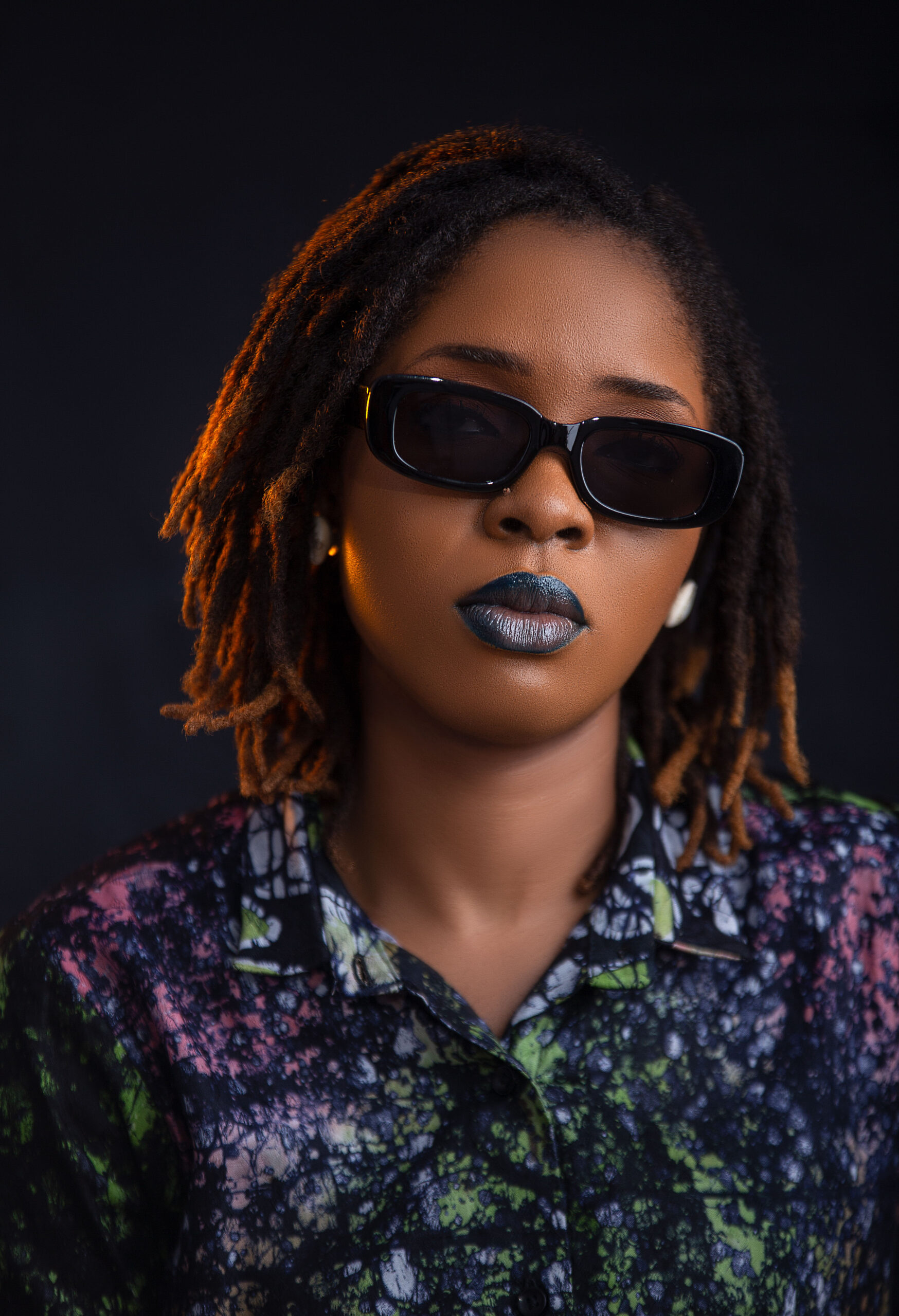 The Albanstsho platform uses a very secure technology that is able to record transaction histories and story ownership and store them in a non-duplicatable form. The producers have access to limited information about a story. This makes it non-exploitable and the writers can rest assured that their painstakingly written stories and ideas cannot be stolen. If the producers need more information on a story, they have to come to an agreement on the platform that the information gotten would be secured. The rights of a story are then transferred to the producer when an agreement is reached.

Perhaps the beauty of Albantsho is that Julie isn’t even particular about making money from the platform. For now, she is solely focused on making the platform bankable. She wants people to bank on the stories coming out of Albantsho and invest in it because there is a structure already in place.

The African film industry is at its tipping point. People are pouring in lots more investment. Many reviews are now inspiring filmmakers to go get the right training, and a lot more people are investing in creativity and storytelling. It just keeps getting better.

With a staff strength of 8 and other contracted people, Julie says that “Albantsho sees itself as a part of that foundation that will sprout the industry to where it should be. The go-to platform that tells authentic African stories to the world, and the world can rely on the stories there as true representatives of Africa.” Julie’s dreams for Albantsho are simple: to build that environment for screenwriters to flourish and feel valued.

Julie and the entire Albantsho team have done astounding work so far, and of course, she’s not leaving us without a word of advice for all creatives looking to build something like Albantsho: find your call.

Have a reason why you want to do what you want to do, be it starting a business, or telling a story. Even if you’re just writing a line or sentence, ask yourself what that sentence would do to the reader. And with that reason, you can withstand whatever comes your way.

Many thanks to Julie Ako for sharing her story and journey with us. Check out the amazing work the Albantsho team is doing here and here.