BN Book Review: Bamboozled by Jesus - How God Tricked Me Into the Life of My Dreams  by Yvonne Orji | Review by The BookLady NG 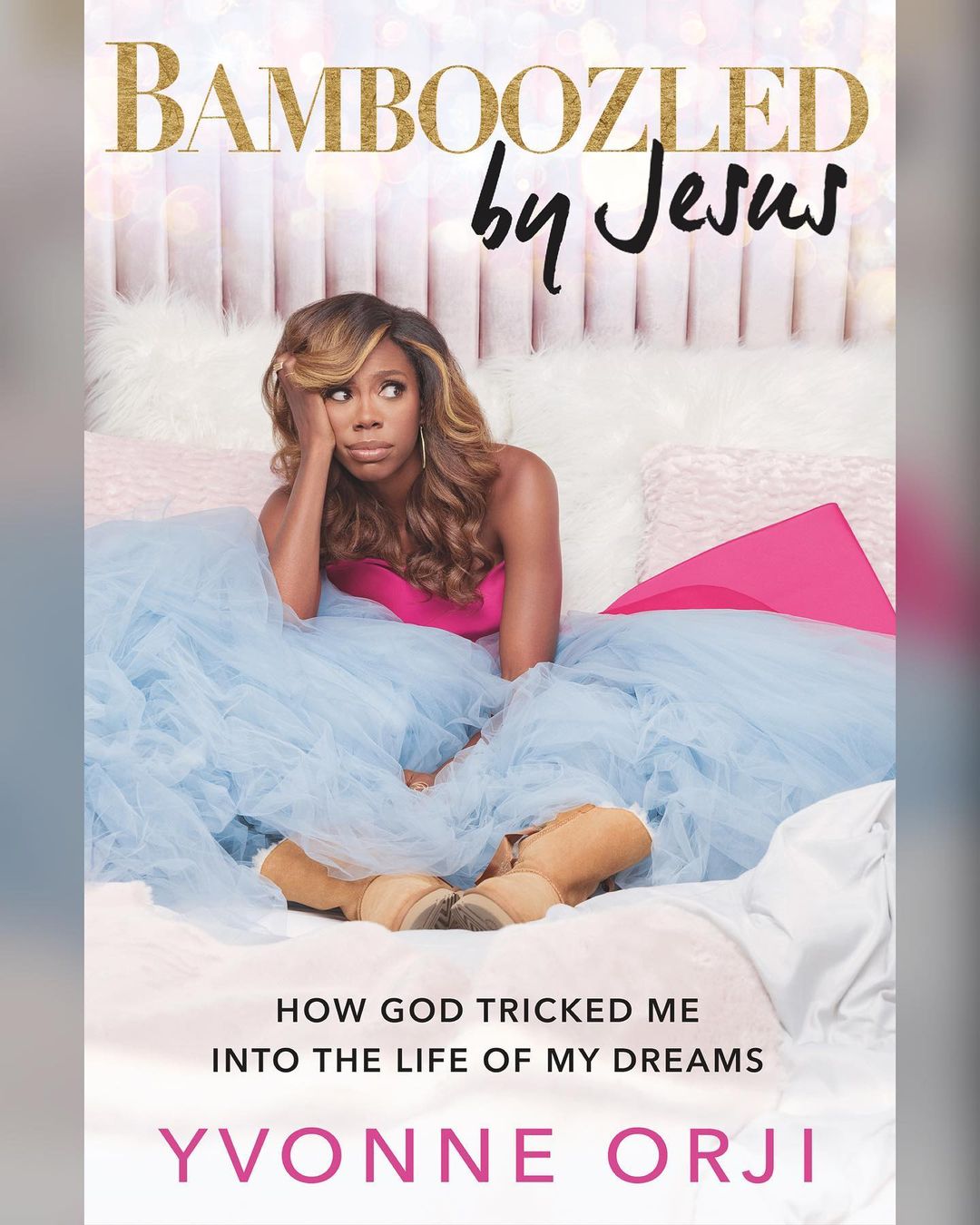 I discovered Yvonne Orji, the TED Speaker, before Molly of the HBO Insecure fame. Her TED Talk, The Wait is Sexy, ignited something in me. A 30+ in Hollywood that is vocal about her faith and openly discloses her choice to save the cookie till marriage will surely leave you dumbfounded. Despite not being alien to her unashamed stance about her faith and unpopular values, I could not be more stunned by the Yvonne Orji I met in the 247 pages of Bamboozled by Jesus: How God Tricked Me Into the Life of My Dreams.

This book is full-fledged meat, not milk. It is not for non-believers. Even spiritual babies would struggle with some of the practical faith principles she shared. Like the crazy kind of faith that makes a broke, jobless, aspiring comic secure a car dealership at a steal. It will, however, be a disservice to box this book in a Christian motivational genre as it defies all cliche tags you might want to put on it. This is because Yvonne Orji does not just want you to be inspired by her book. She wants you to take action– “You gotta GO. You gotta DO. You gotta MOVE.”

With a career spanning less than 6 years of mainstream success, what can Yvonne Orji possibly have to write about? This jester, like her Howard University nurse mother calls her, decided to let us in on her joker. In this book, Orji reveals her cheat code: her unflinching faith in Jesus. The Jesus she encountered at a bible study as a freshman at George Washington University. Young Yvonne was officially bamboozled by Jesus after getting word up by the testimony of Dr Lindsay Marsh – a 26-year-old virgin who oozes a special level of intimacy with God.

Not every believer has a Saul-Paul encounter but Yvonne certainly did when she strayed into that bible study on her way to the club. This defining encounter made her believe that the wait should be sexy. It is quite important to establish that this was the moment that birthed the Nigerian-American, Emmy-nominated actress we all love and admire today.

In Bamboozled by Jesus, Yvonne Orji is not putting forward what you didn’t know before. She is, however, backing them with precise and nugget-densed allegory from the Bible, which she fondly calls Da Good Book (DGB). And that is what makes this book all the more special, like the trajectory of the author herself.

Perhaps, the famous Yvonne Orji you know today would not be but for the God of DGB. The God of Josh. The God of Abraham and of course, the God of Yvonne Orji who never fails and specializes in ordering the steps of those that care to build a personal relationship with him. That is what Orji is high-key urging readers towards. Beyond this, she is also encouraging readers to embrace their most authentic version. According to her, “the world needs your supply in abundance.”

“The breakthrough” is my favourite chapter in the book. It got me teary-eyed as Yvonne described in full detail the moment that led to her being cast as Molly. Nothing tastes better than the sweet success of reading a recount of how she showed up, worked hard, prayed hard and eventually became the selected one in what can only be an act of providence.

Orji has her way with words. She will humour you while she takes you to church. She uses the most insignificant, random stories to drive home her point, sagely. However, she leaves a critical segment of her audience hanging by merely glossing over how she is living wholesomely through it all. If you imagined that Yvonne Orji would vulnerably share about ‘singledom’ and how she has managed to stay true to her choices, you will be disappointed. Presumably, that will make for another book in the future.

Related Topics:Bamboozled by Jesus: How God Tricked Me Into the Life of My DreamsBN Book ReviewBook ReviewThe BookLady NG
Up Next

#BNCreativesCorner: Jackson Birgen is Unveiling the Comic Side of People’s Personality