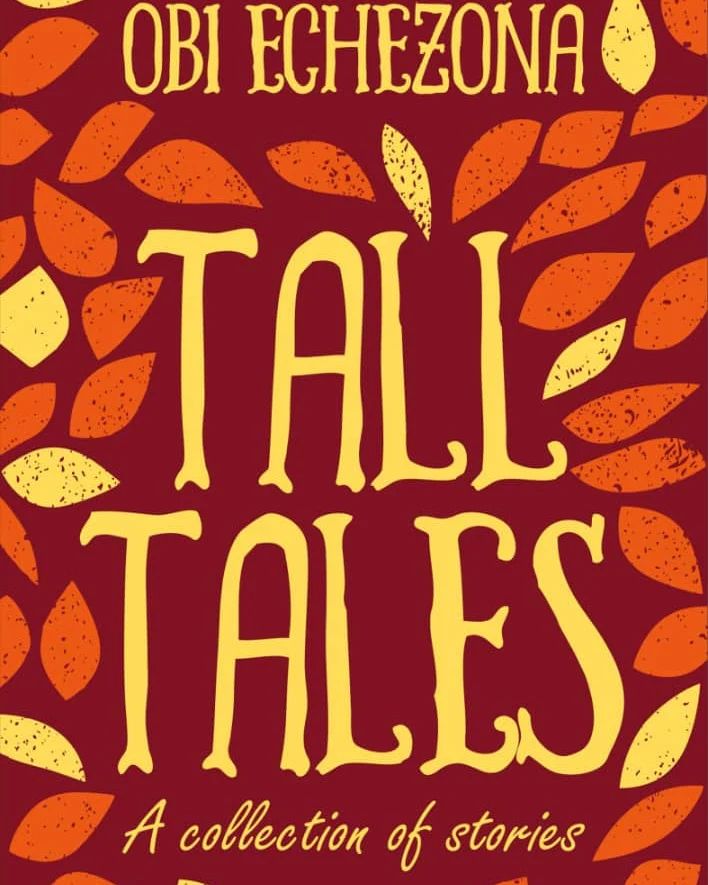 The essence of the short story is captured succinctly when Neil Gaiman says, “Short stories are tiny windows into other worlds and other minds and other dreams. They are journeys you can make to the far side of the universe and still be back in time for dinner.” Short stories may arouse many questions, but they also leave us with more clarity about the world we inhabit, they rekindle our deep appreciation for humanity. In Tall Tales, each story is an acute reminder of how humanly possible it is to feel pain, sorrow, anger, hunger, fear, and utter disillusion. Each story mirrors the realities of the world around us as it is, providing a far-reaching and clear-cut path to our empathy repository.

Featured in this collection are fourteen stories from different genres that revolve around humans and their peculiar needs. The first story, which spills into the second and the third is a contemporary story of a banker named Bright, who is fighting for his sanity in his workplace. To keep himself sane amid the chaos of his work environment, he wields sarcasm like a sword. This is his defence against comments from superiors, saying, “And you, you ought to be smart and at least polish your shoe! Didn’t your wife see you as – oh, I forgot you are still a bloody bachelor.’ Bright employs every element of sarcasm available to him to highlight the flaws of his colleagues, bosses, and even himself.

In the first story, he commits a blunder that lands him a query which results in his working for an insufferable boss in Jekyll and Hyde. Monthly Performance Review wraps up Bright’s story with a ludicrous office place experience. His boss intentionally misses an important meeting that gets Bright taking breaks to sweat profusely in the restroom and another colleague fainting at a swearing table. These stories are guaranteed to make you wonder what was going through the author’s mind as he wrote them.

“New Money” is also a contemporary story that starts with two brothers and their parents. Obinna graduates from school, but has been unable to secure a job meanwhile, his unruly brother, Ifeanyi, is thriving financially. In the past, Ifeanyi has been a bane in the existence of his family and the entire community, but when he manages to get himself rich, all becomes forgotten and suddenly Obinna becomes the failure. This eats at Obinna severely, but he manages to hold it together so as not to seem green with envy. A lot could go wrong in a matter of moments and this is what happens eventually in the story. This is typical of what is currently happening in our society as people striving and putting in the hours to succeed legitimately are considered slow.

This is becoming a norm as more people are getting with the terrain. Obinna’s parents are quick to forgive being publicly disgraced by their Ifeanyi when money rubs hands with theirs. He wonders, “Is there anybody who will remember the old Ifeanyi, or have they all forgotten?’” and few people say, “Is that not Ifeanyi, the son of Marcus Ukponu? The one who used to blah, blah…” But that is it; all is forgiven and forgotten. If nothing else, this confirms the fact that there is little to nothing that money cannot do.

The Dream and a couple of other stories are thrillers with bone-chilling suspense and characters that will make you question the rationality of their actions. In this particular story, this character is obsessed with a tree in his neighbour’s spooky compound despite the cautionary tales he has heard about its owner. While the author might not mean for the story to teach a lesson, in a way it does exactly that – things are not always as they seem.

I want to pick a favourite story, but between Query, Farewell Party, Just A Little Robbery, Chronic Hunger, and Electric Pole, I cannot seem to choose. There is hardly a story in this collection that will not spark a thought or evoke emotion within its readers. The fact that it is packed full of relatable occurrences and diverse characters makes it a page-turner. As with all short stories, it is easier to let go of the characters involved because readers are not adequately invested in their lives due to the brevity of the plot. But this is not the case with Celine’s story in Farewell Party. Slightly longer than the stories in the rest of the book, it is easy for one to build an interest in the story, especially considering the utopian setting. I would love to see the story fleshed out into a novel, but that might be unlikely.

At the risk of sounding cliche, Tall Tales is a collection par excellence. The language is filled with a copious number of literary expressions that only serve to amplify the beauty of the prose. This debut from Obi Echezona has set an impressive standard that his next work of fiction has to surpass.

Dennis Isong: Why You Should Purchase Apartments Close to Shopping Malls