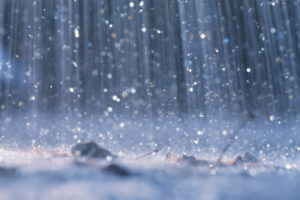 It had been raining all morning. I sat on the bare floor of my bedroom looking through the window wishing the rain would somehow last forever. Normally, I would have dashed outside and danced to the sound of the thunder as each drop of rain struck my head, sending its cleansing powers to the very tip of my toes. My tears would have been swallowed by the rain and my eyes would have been washed by the power of its purity. But I was in no mood to dance or even cry. Everyone around me was in floods of tears. For the past seven days, mourners had arrived our compound in droves, the women rolling on the floor while the men held their heads in dismay. I looked at them from my window. I watched the commotion with utter disinterest and annoyance. What did they know about sorrow? What did they know about despair? Where had they been all these years when I lived in an abyss of hopelessness? Where were they then? Instead now they crowded out our gate with meaningless grief. I refused to go to them. I refused to acknowledge their empty words. Instead I stayed in my room and continued to stare at the window. Ogonna, the house maid, had tried on several occasions to coax me from my room with food but I remained uninterested. What good was food to me now anyway? I hadn’t slept in days. Each time I shut my eyes my mind replayed images of events I wanted to forget, images I wish I had never seen. But they were real, ingrained in my memory for a lifetime, drawn on the back of my eyelids, ready in wait for my eyes to shut.

This is why I was glad when the rain came. Even though I was in no mood to dance, I knew that just by looking at the rain my cleansing process had begun. It didn’t matter that the burial rites were being delayed. It didn’t matter that the hole that had already been dug for the burial was now overflowing with water. No. What mattered now was that I could think, I could now begin to decipher what was fiction and what was real as I replayed the events of the last 7 days.

“Chinwe! Gi ki ne me neba?” [what are you doing here], papa screamed again as he approached me. I stood like a corpse. My feet cemented to the ground, my mouth sealed with sellotape, my heart pounded like a festival drum. He reached me then. “You foolish child, do you no longer answer when…?” his voice tailed off as he caught an eye full of the images behind me. At first he too was silent. His face looked calm; only the pulsating vein at the top of his forehead showed any sign of emotion. I was finally about to speak when all of a sudden like the roar of a lion, papa let out a scream like I have never heard before. Even till now I am unsure if he was actually speaking or just screaming. It was such an earth shattering scream, I covered my ears for fear they would explode. His feet sprang to life like a hyena and his scream grew louder as he entered the wood shed grabbing Father Peter by the back of his beaded Rosary.

“What is this Amaka? What is this?” He screamed at mama with Father Peter’s neck still firmly in his hand. Mama’s screams of passion had now turned into one of total hysteria. She was screaming, crying and begging all at the same time. Mucus and tears ran down her face simultaneously and I could see a fear in her eyes I had never seen before. Father Peter on the other hand looked angry and kept screaming at mama to shut up. It was then papa threw Father Peter to the floor. One swift motion and Father Peter’s head fell to the ground like a coconut whose outer shell was about to break. Papa wasted no time in turning to mama. His hands moved so fast I was unsure if he actually slapped mama twice or thrice, her screams were now unintelligible. I felt sorry for her. She was my mother after all and who was Papa to play God when he himself was guilty of a more heinous crime. I moved towards the door of the woodshed unsure of what exactly I was going to do. It was then I saw Father Peter stand up, stark naked and reach for one of the long pieces of wood we kept in the shed.

Papa was so busy beating mama he hadn’t noticed Father Peter’s naked body moving towards him. I willed Father Peter’s semi conscious body on in my mind. I wanted him to swing the long heavy piece of wood which he was now holding with both hands at papa’s head and break it into two. Yes, I wanted Father Peter to kill papa. So I stood silently, watching as Father Peter lifted the piece of wood with both his hands, over his head, aiming straight at the back of Papa’s head. I watched Father Peter lower the piece of wood and hit Papa on the side of his shoulder instead of his head. I shut my eyes in bitter disappointment. Papa barely flinched. Instead, he turned around and punched Father Peter straight in the nose. Father Peter staggered but remained standing, his nose now bleeding profusely. He tried to punch papa but missed again. Papa muttered something in Igbo about how a man with a small penis had the courage to sleep with his wife and then try and beat him in his own house. He pulled Father Peter close to him again with his rosary and swung his own head at him. Father Peter fell to the floor instantly. Papa knelt over him and began rendering a set of blows like a deranged boxer. Mama leapt on papa’s back her arms tightly wrapped round his neck, but he shrugged her off like he would a fly. I looked at the scene. Mama lay on the ground crying while papa’s well formed body lay astride Father Peter’s now motionless body, his hands relentlessly burying punches into his face.

I saw it then. The glint of papa’s hunting riffle. It had always been there but in the confusion of the events I had totally forgotten its existence. I was right there in front of the door of the woodshed barely an arm’s length from where I was presently standing. But what would I do with it? I thought. What if papa turned and saw me holding the riffle? My fate would be worse than Father Peter’s and mama’s combined. Mama saw me then. The intensity of both our eyes meeting made me realise she too was searching for the riffle. At the side of the shed I could see papa’s bulky body making to stand, his work on killing Father Peter now complete. Who would be next? Maybe mama, then me. Like a body possessed by a thousand demons I grabbed the riffle, aimed at papa who was now standing looking directly at me and fired. The force of the gunshot sent both papa and I back. I fired again. Papa’s face seemed to bare the same expression it did when he was on top of me, shivering from the climax of my defilement. I shut my eyes and fired again. Then again and again.

The silence that followed was bone-chilling. I opened my eyes to see my father’s corpse lying in front of me, his chest riddled with bullet holes like a bush rat. I turned my gaze to mama, her mouth was moving but I could not hear her. I could not hear a single thing, not even the beating of my own heart. The silence was all I could hear. For once in my life I felt peaceful. Like the moment you experience before you fall into tired asleep. And then without any warning, my legs gave way and I fell to the ground.

“Chinwe! Chinwe! Chinwe!” I opened my eyes to find Ogonna, the house maid, hovering over me on the floor of my bed room. The rain had stopped and the sun shined so brightly I could see its ray of light shine straight through my window and over my neatly made bed.

“You must come out now. The burial rite has almost finished. Your father has been put in the grave”. “You must follow me now!” she screamed.

She pulled me up, straightened my cloth and rubbed some white powder on my shiny face. She then led me through the crowd of mourners until we came to the parlour. My heart skipped a beat as I caught the sight of papa’s empty chair draped in white george. Mama knelt at the base of the chair crying, her newly shaven head shinning like a well-oiled frying pan. A white wrapper mixed with gold threading tied around her waist almost covered her expanding stomach. She actually looked like a widow grieving the loss of her husband instead of an adulterer, who had watched her daughter kill her husband while she and her lover lay naked on the floor. I hissed at her tears as I took my position beside her. My hatred for her was limitless. Father Peter had been buried two days earlier. The knowledge of the seed that grew in her belly was now lost forever. It was unfortunate, really. I had always looked at mama like an innocent by-stander, a meek woman who was caught in the crossfire of life circumstances. But she was anything but meek. She was a witch. The way in which she, aunty Chioma and aunty Ifeoma had covered up the events leading up to Father Peter’s and papa’s deaths led me to believe she was nothing but a blood-sucking witch. She had told the whole village that Father Peter was attempting to rape her when papa caught him and in the confusion of it all I had mistakenly shot papa instead of Father Peter. To my surprise, the whole village believed this false account of events and treated her like a widow mourning the loss of her heroic husband.

They began shaving my head – the last part of the burial rites that began 5days ago. I was kneeling beside mama wincing as I felt the sharpness of the blade scrape my scalp. I felt the blood trickle down from my scalp into my ear and I wondered what it would have been like to kill mama as well. Surely the opportunity would present itself within the next nine months.