The Number 240: Determined, Dedicated, Focused – Didi Transformed Her Body & Her Life – Get Inspired!

It is October 2010, the year has gone by so fast! How many of us set goals at the beginning of the year and how much have you achieved?
It can be really tough to self assess but you have to do what you have to do!
Rather than moaning over what you haven’t done, why not get started!
To help inspire and motivate you, we have an amazing story to share, BellaNaija.com reader Didi Amajor has transformed her body and her life!
Read her amazing story and be inspired.

For everyone who has ever set a goal, and worked towards it. For those who achieved it, three thumbs up. For those who are still working, remember: you’re only that much closer with every step
– Didi 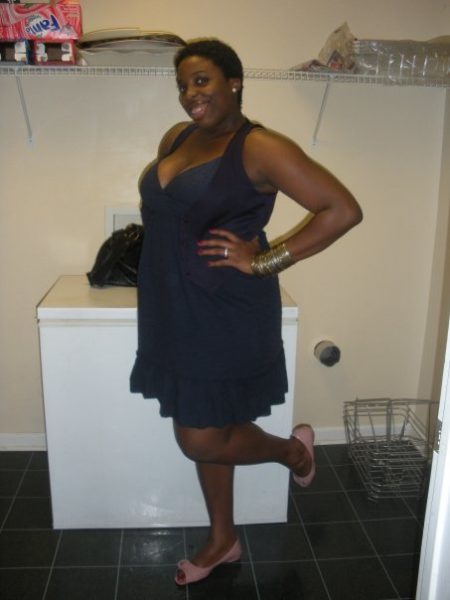 I can go for sleepovers at my best friend’s house without packing a change of clothes, and worrying that I have to wear the same clothes from the night before. I can do pushups. And jump rope for *checks watch* quite a while. I run 3-4 times a week. I eat what’s good for me, in addition to what I like. I wore a size 6 dress to my cousin’s engagement dinner in August. How is THAT pertinent, you ask? Well for one, I couldn’t always do all the things listed. So? So, I’ll get to my point.

Let me start by saying I am no expert. I have no qualifications under my belt. I am neither a personal trainer nor a nutritionist. A life coach? Not that either – that is evident in my approach. Now that I’ve cleared the air, let me begin.

See, my reluctance stemmed from trying a crap load of weight loss routines, with short-lived results, or none at all. I had just gotten off the lemon and cayenne pepper diet. Ever heard of it? Of course you have. Beyonce did it. I figured, what the heck? She’s human right? I’ll try it. #epicfail. Let’s just say Beyonce is Queen Bee for a reason. I’m merely a princess. This diet was to last 14 days – I never made it past day 7. It took 4 days to realize that I spent more time with my head down the toilet bowl than I had my entire life. It took another 3 days to realize I didn’t like it very much… Needless to say, it didn’t work. I was back to stuffing my face in no time.

Back to April 14th:
Weight loss! Weight loss! The next day, I stepped on the scale, dreadfully. Now of course the numbers did not come as a surprise. Look down, Didi, look down. Two… Well that’s not surprising. 4… err. 0?? 240 solid pounds. All I could think about was this: I needed to lose 49lbs to be less than 200. Are you kidding me? Even at that, it wouldn’t be enough. I was 2 seconds to giving up, even before I started. Instead, I put on my 2 year-old sneakers. Can you imagine they still looked good as new? And I wondered why I was tipping the scale?

With that, I mapped out a plan… one that did not involve lemon juices and toilet bowls. One that was realistic, and afforded me time and energy to exercise. A non-starvation plan with benefits as well as sacrifices. Eat what you like! Eat in moderation! Eat what your body requires to be healthy! Enjoy yourself! But more importantly, I needed to hurl my butt to the nearest treadmill or step mill (also known as the elevator from hell). Oh by the way, I’ve had a gym membership since 2006. Think about ALL the monthly dues… *slaps self*

So! Hurl myself to a treadmill I did! I hated Day 1,I was constantly out of breath, and obviously and most certainly out of shape.

Day 2 was just as bad. I have NO idea why I half-expected to transform into an athlete overnight. Run 5 minutes? Please get out of here! How about I walk four and THEN run one? Better yet! How about I just walk all five? That mentality got tossed out of the window QUICKLY. As the days went on, I pushed myself, a little harder each time. Still, no athlete, but a few minutes extra on the treadmill, a few inclines here and there, a few extra squats and shoulder presses, you know? I started eating breakfast without fail – yogurt, cereal, fruit, cereal bars, they all became morning staples. My weight loss also became a prayer point because guess what? If it was important to me, certainly it was important to God. Yes people, I do realize there were way more pressing matters He had to attend to!

By the time May 15th came around, I was 228lbs! Was I proud? You bet! Satisfied? Not at all! (Oh, Chicago was fun, by the way. I promise I didn’t stuff my face with food, but I did discover these things called baos that tasted insanely delicious!) Back in Atlanta, back on the grind. Breakfast. Snack. Lunch. Snack. Dinner. Dessert on days I was craving (I don’t have a sweet tooth. Yay?) Drinks never appealed to me, so drinking solely water (for the most part) was not a challenge. Rice. Chicken. Beef. Pasta. Bread. Soup. Apples. Carrots. Salads. Sausages. Bananas. French fries. Cous cous. Plums. I had it all! I did stay away from fried plantains though. I still eat them on special occasions only. Birthdays, weddings, anniversaries… I’m kidding. Only half-kidding.

By the time June came around, I weighed even less. I TRULY discovered running in July. I’ve NEVER been the same since. I remember the first time I ran 6.5 miles on the treadmill. Non-stop. When I was done, I literally felt as though I was gliding. Now that I think about it that was probably just an after-effect. Hmmm. I was looking forward to my August weigh –in. That was until I stepped on the scale and the number that appeared looked like the same one from 2 weeks before. Was it broken? Perhaps. I thought back to my grueling routine. Not possible! Can’t even be! I stepped off and stepped back on. The stupid scale was not budging. Even added 0.5 for good measure. Take that! I could feel frustration and disappointment rising from my lower body. Was that self-pity? Yuck. Go hard or go home Didi! Go hard and go home! So I went hard. I mean, I did go home too *why is that phrase popular again*

The plateau, which is every dieter’s nightmare, lasted for weeks. And then one day, the numbers changed. Crazy scale, thank you! By now the numbers were coming off in BITS. But progress is progress right? By the end of 2009, I was 185: 55 pounds lighter. It felt amazing! I was stealing my little sister’s clothes (sorry sweets!), couldn’t believe I could fit. In addition to that, my sleeping habits had improved. I went from the girl who has up at odd hours to being called ‘Grandma.’ Call it what you want! I made an effort to change up my routines and diet, to keep this stubborn body guessing. As I didn’t have a trainer or a meal-planner-expert-person, I had to get creative. The internet became my best friend. I also stole ideas from the trainers at the gym, while they worked with their clients. They must have found it strange that I stared so intently. Oh boy, you thought I was looking at you? Please show me that move again so I can learn and steal! That aside, they were cayuute though!

By April of the following year, I was 170 pounds and suffering from sporadic plateauism (self-diagnosed). It didn’t frustrate me because I had gotten to the point where healthy living was a part of me.
Of course I indulged from time to time – I still do! Stuff-your-face brunches and extra serving dinners! NEVER on the same day though!
In July, I weighed 168 lbs. I thought the last 8 would be easy to pull off. I was wrong! 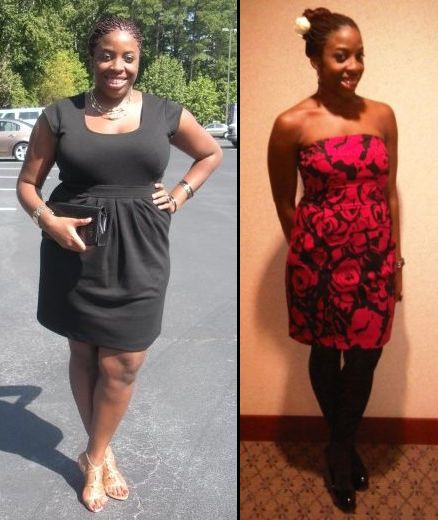 Today, I’m 170. And before you say I’m packing on the pounds again, listen! I’m gaining muscle – My clothes fit better than they did before, and body fat is down. I’ve stopped obsessing about the numbers (I MUST get to 160 though). Did I just say I’ve stopped obsessing? *scratches head and looks away* 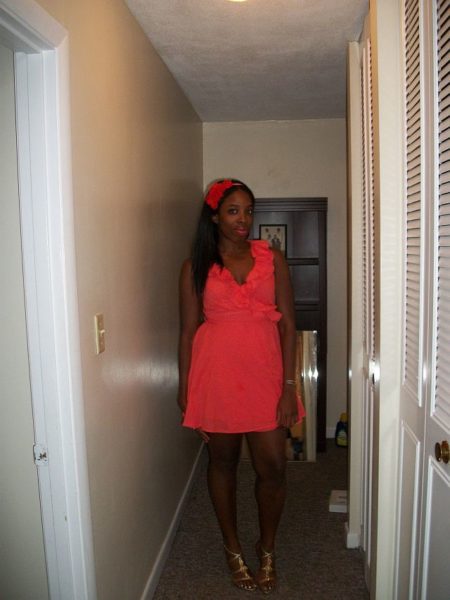 I can go for sleepovers at my best friend’s house without packing a change of clothes, and worrying that I have to wear the same clothes from the night before. I can do pushups. And jump rope for *checks watch* quite a while. I run 3-4 times a week. I eat what’s good for me, in addition to what I like. I wore a size 6 dress to my cousin’s engagement dinner in August. How is THAT pertinent, you ask? Well for one, I couldn’t always do all the things listed. So? So do I REALLY have to expatiate?