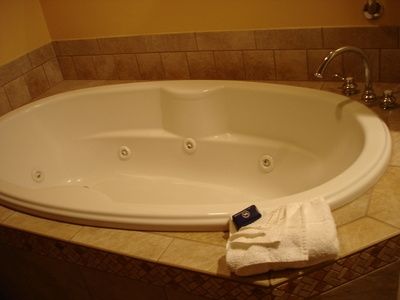 Lying on the soft bed with the lights out did nothing to calm her down. The only source of illumination was the thin sheet of light streaming in from the corridor and if she could stuff something under the door to keep the darkness she wanted and needed around her she would. Her eyes were tired from crying. Talking was impossible as her voice was long gone from days of howling uncontrollably. Delirious from the medication, her lips parted intermittently to let out a sound that choked her over and over again. Her night gown, a shift that once belonged to her mother draped her body. Old, tattered and threadbare, it was reminiscent of her present state of mind. Her hands grasped the abominable rattle with silver bells on it. She twirled it round her hands muttering incomprehensible words as the bells jingled on. The sound of her deep breaths along the sound of the rattle were her only ties to sanity. Trying to make sense of it all since she had regained consciousness on the way to the hospital. It seemed like a lifetime ago since that Friday when their entire world had shifted.

She had hauled her tired self through the door that evening, stopping briefly by the kitchen door to say hello to her sister, and give her niece a kiss before she went to her room. She heard Mnena telling Sarah that “Aunty Mimi” was tired and wanted to be left alone. She smiled because she knew that the child would pay her mother no mind because immediately she got home the child was permanently plastered by her side.  She took off her clothes, ran a warmed bath and plunked her body lazily into the tub.  Her eyes were closed but she felt a presence in the bathroom. She must have been completely immersed in her thoughts because she hadn’t heard any footsteps but she knew who it was even before she heard bells from the rattle.

She ignored her niece for all of two minutes and when she opened her eyes Sarah had taken off her clothes and managed to even take off her pull-ups.  It was the funniest thing she had seen all day and her laughter rang out. She picked up the child and settled her inside the tub. She closed her eyes again and for another ten minutes they sat together enjoying the warmth of the water. It was pure bliss till she realized the warmth was replaced by the coolness from the evening breeze.

The minutes that followed now seemed blurry as she tried to recall them. One minute she was draining the bath and trying to get out and the next minute she was tripping over the rattle Sarah had been holding.  They had come crashing down and the last thing Mimi remembered before she blacked out was her trying to support Sarah’s head to prevent the impact with the ceramic tub.

As she held the toy in her hand she thought of the life Sarah would have had. She thought of her musical laughter. Thoughts of her babbles and warm hugs swarmed through Mimi. She thought of how Sarah would never see the little tricycle she had saved up her youth corper salary to buy for her third birthday. Her hands tightened on the rattle again as a cold wave passed over her. It was all her fault; her fault that Sarah was no longer here. It was her fault that her sister who had tried for four years before she had that little girl was now childless again. It was her fault. She rubbed her head absentmindedly. The headaches had not stopped since she got back home but she didn’t care. She deserved to be in pain. She didn’t deserve to live. She should have died with little Sarah.  She closed her eyes and let the darkness within her soul take her as she muttered the words over and over again

“I do not deserve to live”

Don’t Let The Shine Go! Relationships Are Just Like Shoes