Don't Let The Shine Go! Relationships Are Just Like Shoes 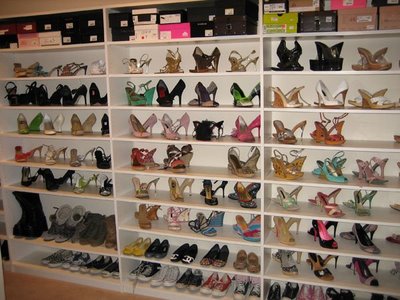 A friend of mine once told me that relationships are like a pair of shoes; once you’ve gotten the perfect pair, you’ll hold on to it forever, even if it’s got a few dents and scratches. Generally after many months, maybe years, of being with one person, you tend to forget what brought you together. What made you save up all that money, and forget about all those other pairs of shoes that tried to get your attention, and buy this one. It’s a known fact by almost everyone who has ever been in a relationship that things get a bit stale after a while. She’s stopped going to the gym, he’s no longer on time; you both start to lose the ‘it’ factor. I call it the ‘it’ factor because it’s that one thing that made your better half pick you over all the other guys and girls in the first place. They didn’t just throw a pair of dice and select whoever tallied with the numeral that came up. You were a knowledgeable choice, chosen because of something. Some call it love, others call it compatibility, but there is a deciding factor that helps you determine if its love or not. You get yourself a girl/boy friend and all of a sudden you freely let go of the “va va voom” that made that gal or guy do a double-back and go ”wow”. You’re getting fat, naggy, sloppy, saggy, distant and too comfortable; and yes there such a thing as too comfortable in a relationship. Whether it’s the car he bought you or the fact that she cooks up a storm; there’s always something.
Just like the pair of shoes, you need maintenance, upkeep, touch ups. A quick polish here and there to show you care and notice and to them you’ll look brand new (and show that you’ve still got it). If you’re the kind of man that buys flowers (pardon me, we’re in Nigeria) if you’re the kind of man to pay her BIS, why stop now? Although if that’s the reason why she’s with you, you might want to reconsider your relationship. If you always make him lunch every Wednesday and take it to his office, keep doing it till you go your separate ways or till you die (whichever comes first). I have an aunt who lost her husband two years ago; she still makes his favorite dish every Sunday. She might need some long overdue therapy, but you get my point.
Whoever said that love is a battle field didn’t say so that Jordan sparks can make a hit song out of it. It’s a fact. You have to fight to keep your man/ woman from the claws of others…and believe me, there are people aiming for yours like a deer in hunting season. Your partner, no matter how much love there is remains a realistic being. If they don’t get what they’ve always needed from you, chances are they’ll go somewhere else to get it. Take a look at the rate of divorce in recent times; it could happen to you too. You have to pick up your game. Treat your man/ lady like you could lose them anytime; right now even. Now I never said anything about a tracking device or a private investigator, all I’m trying to pass across is you should love more than you loved yesterday, and the day before that.

BN Hot Topic: Man U, Chelsea, Arsenal – Why?! The Premiership is BACK to Steal My Boo