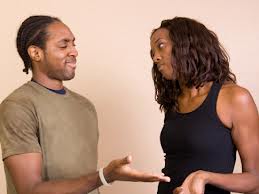 Last week, on my way to work I tuned in to Smooth 98.1 FM and the Grapevine team had Mai Atafo on the radio talking about the Dream Wedding II.  He emphasized particularly on the fact that the show would start at 7pm. In fact, he said “the show is 7 for 7” so many times that I couldn’t wait to get to the office to ask if we’d been invited. I was standing at the door of the marquee at Landmark Village at 7pm and the guards gruffly told us to go through an alternate entrance. Of course, at the other entrance we were told that guests were not yet allowed in. I was fuming, so I was just supposed to be parambulating like a barber’s chair around the place? Eventually, we went in and the show finally started at 8.51pm! Tsk! Tsk!! However, the show was so amazing and fantastic that the 2-hour delay was soon forgotten. Seriously though, I’m really beginning to lose faith in all these events organizers. Can we start taking this time thing seriously? On behalf of all single girls who have to drive all the way across 3rd mainland bridge really late at night because you guys don’t start your shows on time…we beg event organizers… START YOUR SHOWS EARLY!

How was your weekend? Mine was very relaxed and I doubt any outing could have topped the experience of Thursday evening. That’s exactly what I said so to my friend F.F when he called for our weekly recap of activities. On his end, he’d spent Saturday afternoon consoling his cousin whose boyfriend had told her (in a less than delicate way) that she had a little bit of body odor. There were so many elements to the story – her bruised ego, whether there was any truth to his assertions, was he being truthful because he wanted them to be as close as possible and lastly was it too early in the relationship for him to start saying things he didn’t like about her?

I asked F.F is she truly did have body odor. And, if so, why they as the family members had not lovingly told her and helped her find a lasting solution to it. He mumbled his way out of that and I told him that her pain was partly caused by them. His argument was that the guy had just started dating his cousin about 6 months ago and it was too early for him to start telling her the things he considered “bad habits”. I screamed, “6 months ke? The guy is a trooper if you ask me!”.  Back in University, we had a roomie who used to wet the bed and it was embarrassing for her. She told us of one time she went to sleep over at her boyfriend’s place and she wet the bed. Luckily, she had already told him she had the problem before and so when it happened, he wasn’t as surprised as we were when we found out.

There’s something to be said about hygiene challenges and bad habits especially when we have to co-habit. How do you tell someone you are in love with that you find the smelly feet nauseating… especially when he puts it on the couch? Or how do you say to your girlfriend “Honey, you need to go out with mint strips because your breath stinks!”? How soon into the relationship is it okay to start letting your partner know the things that irk you and is there really a delicate way to put some of these things out there?

It can be a tough pill to swallow so you guys should please share some of your thoughts and experiences. I’ll leave you here but I have to say I’m really grateful you guys spend this time with me every week. I mean, I pour out some of the many ramblings in my head and you are kind enough to keep reading! You’re simply the best.

Remember to smile, keep your head up and brighten the corner where you are!

“But Your Father is A Minister Now!” – Are We Part of The Problem?