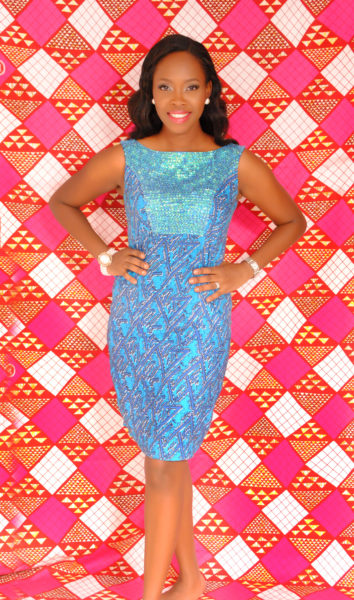 At one point in my life, I felt my face was darker than the rest of my body. I believe a lot of my dark skinned sisters have felt this way at some point in their lives, some may even still feel like that. We all know that the sun in different parts of Africa is enough to make our complexion two shades darker. The same sun we complain about is the one that tourists adore because of it’s tanning effect on their skin.

When I was growing up, I had a mixed race friend who wished she was as dark as me because she was extremely shy and felt she couldn’t go out without getting unnecessary attention. Back then, I wished I was as light as her. Many years ago when she moved to London, she went to a store in Peckham to buy her toiletries and she was advised by the store owner to buy certain lightening creams which will enhance and maintain her complexion. She was quite shocked because she even felt her skin was too light, she never thought anyone would ever advise her to buy skin lightening creams to lighten her complexion. Anyway, she ended up buying her tested and trusted vaseline.

I grew up listening to Dr Victor Olaiya’s song “Omo pupa” where he sang “Omo pupa o, omo pupa l’emi fe“. In this present day of remixes and collaborations, I would love to hear an “Omo dudu” rendition of that beautiful song. My single (dark skinned) friends in America who are hell bent on marrying black men keep complaining that the few legitimate ones around are dating white girls and even the ones that decided to go black are with either mixed race or very light skinned ladies.

A few weeks ago, my family friend in London told me that when he visited Lagos last month (for the first time after spending ten straight years in London), he was pleasantly surprised by the infrastructural development of Lagos State. He was amused by the new look Lagos; but what he found most shocking was the fact that most of his female friends from ten years ago had transformed into overnight half-castes. He said he kept asking his friends the same question over and over again “What happened to all the dark skinned girls in Lagos?”

Two days ago, I was reading some comments on a blog and most of the comments had sentences like “See her dark knees” or “Why is she looking so dark?” or “I like her new colour, it really suits her” and I asked myself this question. “Is social media putting pressure on black people to enhance their skin colour?”

Sometimes, when I put up pictures on my blackberry, I’ll get comments like “Babes, you’re getting darker” or “You should use a lightening cream to brighten/ tone you up a little”. Please is it now a crime to be dark? The internet has made the world a global village and with the use of social media, it has become so easy to interact with people from all over the world. Everyday, we see pictures of celebrities abroad who used to be dark skinned when we first saw them on television many years ago but in recent years, they have passed through series of rebranding and now, we can’t even tell if they are black or white. Are celebrities abroad becoming the yardstick for the new “female”look abroad and over here in Africa?

Every time I look around at events, I see that practically every girl/woman look the same way-Same skin tone and hairstyle. Even some magazine covers of African/Nigerian origin have the celebrities photo shopped to look two shades lighter. My brother’s friend, Emeka always says that once he gets married, he must buy different lightening creams for his wife so she can maintain her “yellowness”. This Emeka is proudly dark skinned o, in fact his nick name is “Blacky” and he’s always the first to insult men and women who have enhanced their complextion; yet he wants his wife to lighten hers after marriage.

Over the years, I’ve grown to love my skin colour. You should begin to love and appreciate yours too and know that everyone is unique and beautiful. I’m not here to judge anyone because frankly speaking, I have friends and family members who have lightened their skins and they are very happy about their new look. I even know people who are naturally light skinned/mixed race and still use lightening creams to enhance their skin, some would say they are “maintaining” their complexion.

If a large number of people find it okay to alter the original texture and colour of their hair by relaxing and dying it or you pierce your ears, eyebrows, tongue, belly button and other areas or you wear “shakomended” colured contact lenses to have your desired eye colour (which all have their side effects) then is it also okay to alter your skin colour by lightening it? afterall, it is your own skin and not someone else’s. This is something that I have been considering and I think we should talk about.

Some dark skinned girls feel pressured to do more to get noticed because of their complexion. Many of them even get turned down for jobs because the potential employers believe their complexion is not “bright” enough. The few dark skinned ones that eventually made it through to get some certain kinds of job have been told that they only scaled through because they had some outstanding qualities/ amazing personalities.

It is disheartening to hear that a beautiful, well qualified, dark skinned lady didn’t get a job as a marketer in a bank because they needed only light skinned marketers. I was once called to be part of a recruitment process where a large organisation was hiring members of staff. When it got to the employment of the two front desk officers, everyone on the panel (apart from me) said that light skinned female front desk officers would brighten up the office better than dark skinned ones. I insisted that we should employ based on merit, charisma, customer relation skills, qualifications etc. At the end of the day, we employed two ladies, one was light and the other one was dark skinned.

When next you want to criticise or comment about someone else’s complexion, if you must then be constructive in your approach and understand that the person may be under pressure from different angles about their skin tone because people may be telling them they are too light while others may be saying they are too dark so try not add pressure on them to further complicate their lives. Some people are actually naturally light skinned and they always have to deal with people saying they are enhancing their complexion even though they spend a lot of time under the sun and they don’t even use any form of sun screen or cream, it’s the same way some naturally slim ladies can eat 20 times a day and they’ll still remain slim without watching their diet.

This topic would be discussed at The Best of both worlds networking event which comes up on Wednesday 7th of August at Troy Lounge (next to Oriental hotel) V.I from 6pm-10pm. There would also be a fashion exhibition, music, comedy, dance, open mic and a guest performance by one of your favourite Nigerian artistes.

What Is She Up To? Nigerian Music Star Mo’Cheddah Flaunts Her Bikini Body