Money Talk with Nimi: What is a “befitting burial”? 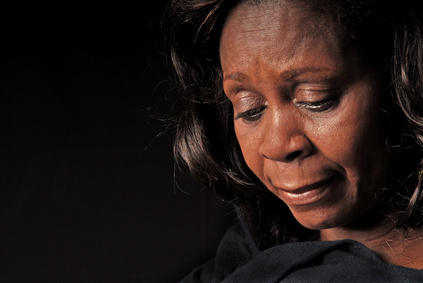 Chike Okoye is a Nigerian student based in the United States. He works part time to keep up his college fee payments and sends money home regularly through Western Union to support his ailing father Chief Okoye and his siblings. When Chief Okoye had a stroke three years ago, which left him severely incapacitated, he had no medical insurance in place and very few relations or friends were in a position to, or were inclined to assist with the nursing care, physiotherapy and medication required; this took a huge toll on the family finances.

In October last year Chief Okoye died. As the eldest son, Chike was expected to travel home to take charge of arrangements. As his father was titled, expectations were high for a lavish funeral. The family house was in a state of disrepair so there was a need to refurbish the property. A team of painters and builders was dispatched to ‘touch up’ the compound, install air conditioning, a generator and spruce up the place just to keep up appearances. Chief Okoye’s remains were kept in the mortuary for three months, at significant cost whilst arrangements were being made.

“Well-wishers” expected to be fed for the weeks prior to the actual funeral and beyond, and reported daily as early as 7 AM. Some “elders” even suggested that the cow he bought was too small and that the portions being served were unsatisfactory and would never go round. Large colorful posters announced the passing of “a rare gem” and friends and associates placed expensive obituaries and goodwill messages in the print and electronic media to show association and sympathy.

Sadly, by the time Chike return to the US after the ceremonies were over, his financial situation was so dire as his finances were badly depleted, that he had to withdraw from college and secure a full time job to build up resources to be able to continue his education.

Funeral traditions vary in Nigeria according to community. For example, in some parts of the South-South and South-East, a whole week is set aside. The body lies in state in an elaborately decorated chamber and direct descendants of the deceased are dressed in expensive ceremonial garments. Family “uniforms” are also made available at some cost for immediate and extended family and friends to show a sense of community and belonging.

Guests turn out in large numbers for the duration of the festivities and are fed and entertained. They are usually grouped in specially designated areas reserved for In-laws, classmates, club members, friends, business associates, and members of the extended family. Buses are sometimes chartered to transport some of the guests back to their destinations. Family members may gather again on the 7th or 40th day and again a year later for yet another celebration to mark the anniversary.

Some people feel pressured to sell valuable assets, including shares and family land to give a ‘befitting’ burial to their loved ones. It is expected to display as much pomp and pageantry as a carnival does. “Critics” assess the funerals and those who do not meet up to expectation are viewed with some level of scorn.

An Anglican Bishop in Uganda once caused a stir when at a funeral he publicly denounced the practice saying it was “a form of corruption that impoverishes the bereaved families” leaving them indebted for years as they strive to meet up with societal expectations in catering for teeming crowds. At that funeral, the son of a poor widow was forced to slaughter the only milk cow he owned in order to feed guests at her funeral.

In Nigeria, The Anglican Communion and the Catholic Diocese have played a significant role in trying to encourage moderation and curb some of the excesses to drive much needed change in our society. In some areas, the dead must be buried within two weeks otherwise the church will not be involved in the funeral rites. There is a lesson to be learned from the Moslem faith where the dead are buried swiftly and ceremonies are usually completed with relative simplicity.

Sometimes the corpse may be kept in the mortuary for extended periods at exorbitant cost so that elaborate arrangements can be finalized or until when all the close relations, including the deceased’s children both at home and abroad, siblings and the extended family, are able to agree on a convenient date for all to attend the funeral. The date might change several times before consensus is arrived at whilst the daily fee for the mortuary continues to rise. For those with titles ceremonies can drag on for a very long time.

One must not lose sight of the lost man hours as people are absent from work for extended periods; even where they remain at work they are distressed and distracted as D-day looms.

In Nigeria, death is an extremely sensitive subject and we generally do not like to discuss our mortality. If you wish to be buried like royalty, pre-plan your funeral and set aside funds specifically for the event so that loved ones are not further burdened with a myriad of financial and other decisions at an already difficult time.

In a funeral plan, you can incorporate all your specific wishes; as regards where you wish to be buried, the preferred type of funeral service and rites, music, flowers, mortuary, casket, entertainment, clothing, and most importantly, funding including a spending limit. The plan should be revealed to a confidant that can see that it is implemented.
Funerals often take place in villages that lack even the most basic infrastructure; clean water, proper sanitation, basic healthcare, schools, electricity, roads. The contrast becomes all the more glaring when for the duration of the obsequies, the quiet simplicity of a sleepy village is transformed and bursting with the activity and opulence of the funeral ceremonies, which take place in an environment of extreme poverty and lack.

A death provides an opportunity to leave an enduring legacy, a watershed that allows one to make some basic improvements within one’s community. Imagine if instead of spending a huge amount on the funeral ceremony itself, 10% of expenses were applied towards an endowment fund set up in memory of the deceased, which could assist the community in funding the education of less able relations.

Sometimes it is evident that when the individual was alive, little was spent on their health and comfort. Indeed they may have survived, had funds been provided for prompt and effective medical treatment! Yet in death, so much more is spent to put on an elaborate display. That a funeral ceremony should cost more than the deceased ever spent, let alone earned, in his or her entire lifetime is totally absurd. The most befitting honour we can give a loved one is to provide them with love, care and attention during their lifetime.

It is true that we cannot divorce ourselves from the psychological and sociological orientations of our cultural heritage; indeed honouring our dead in a meaningful way, remains a matter of utmost importance. However, there may be a need to revisit some of the original values where traditional funeral ceremonies were not ostentatious, but were simple, yet dignified ceremonies for celebrating, consecrating, and remembering the life of the deceased, whilst taking into account socio-economic realities.