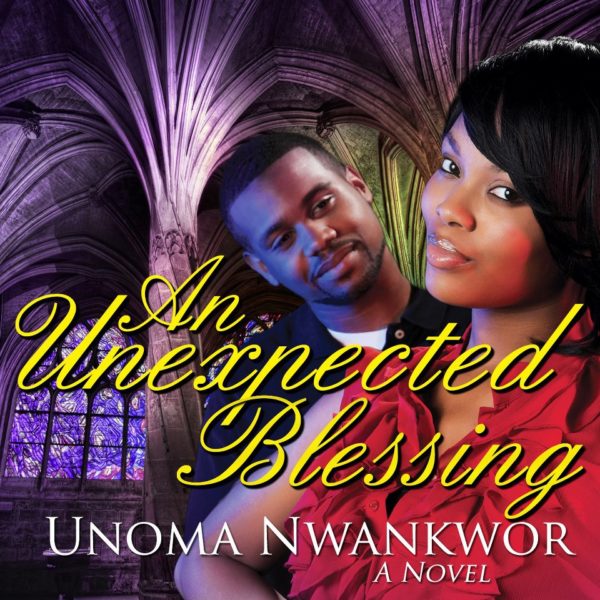 Hours later, the ladies were relaxed on the patio of Ini’s apartment going through their shopping bags. They were all smiles—another satisfying day of shopping. Quality without breaking the bank. Both of them had very different styles. Ini’s style was more eccentric, going for bolder colors —a style that complimented her dreadlocks she had been growing for about five years. Feranmi was more conservative and chic.

Ini stood. “You want something to drink?”
“Yes. A Cola please?” Feranmi slid her foot into a new pair of shoes. “And I need you to help me out with something. I need advice.”
“Me, give you advice?” Ini plopped back down. “Well, that’s a first. You don’t let anybody tell you anything, so don’t keep me in suspense.”
“I’m going to ignore that comment.” Feranmi took a deep breath and gave voice to what had been bothering her all day. “My folks are coming to Yankee for a visit.”
“Oh really? Why? What’s the occasion? Didn’t you just go to Naija?” Ini asked.
“Girl, really long story, the short version is that my dad was chosen to participate in the MLK festivities and conference here in Atlanta,” Feranmi said. “And of course, my mother is tagging along.”
“That’s a good thing, right? You seem worried.”

“Depends on how you look at it. Remember I told you and Kay about the lie I told them when I was leaving home six months ago?” Feranmi’s voice was laced with anxiety. “Well, they will be fully prepared to meet my imaginary man.”
“You mean you haven’t told them the truth since then?” Ini’s eyes were bugged out.
“No, but that’s beside the point. I’m not trying to hear all of that this time around, so I need a man quick or a makeshift one that will act as my man until they’re gone.” Feranmi covered her eyes with her hand and waited for Ini’s scathing comments.

She was positive Ini would have something to say. Feranmi never really understood why her friend would use her degree in Business to open up a matching making business—Africans Dating in Diaspora. And now here she was asking for a favor.

Ini stood. “I’m going to get those drinks.” She disappeared into the house and returned minutes later with their colas in tall glasses. They both took sips. Feranmi waited while she watched the look on Ini’s face grow more disconcerting by the second. This was not an Ini that was going to lash out at her for her crazy, trivial idea. This was the Ini who loved her and was concerned for her. Finally, her friend spoke.
“Fera, why can’t you just tell them to back off? Tell them no.”
“You don’t understand how it is at home,” Feranmi began.

“It’s almost a crime for a woman my age not to be married. My parents fixed my sister up and she’s happy. They want to help me have the same ‘happiness’ with that Bayo guy I told you about. Their logic is, if I can’t find a man, they’ll find one for me since I’m ripe for marriage.” Feranmi looked for some kind of reaction from Ini, but got none so she continued. “I’m just tired of fighting them. I’ve been waiting on God to give me the type of man I want. I believe He will, but for now I’ve got to do something so that I won’t have to argue with them when they visit.”
“Fera, you’ve told me this a million times. I get that the whole arranged thing is still pertinent in some cultures. I hear you. But the thing is, you’re here in the U.S. and you’re grown. Why can’t you stand up to them and just say, ‘No. I’m not marrying Bayo’?”
“Because, I wasn’t raised to say ‘no’ and just because I’m here doesn’t mean I’ve abandoned my manners. I prefer to do things this way.”
“This is not about abandoning your manners. It’s about a culture that doesn’t make sense. Don’t you think they should be abandoned?” Ini asked. “I mean seriously, do you believe in Ethiopian women having their clitoris cut off?”
“That’s different.”
“No, it’s not, girl. It’s a culture. You can’t tell the people who believe it’s right that it’s wrong, so what’s the difference?”

Feranmi picked up her glass and took a long sip and returned it to the coaster. She couldn’t seem to find the right words to describe what the difference was, but somewhere in her, she knew there was one.
Ini threw her hands up. “Okay, girl. I don’t get it, but here’s what we’re gonna do. I’ll set you up on some dates and hopefully you and one of them will click or one will be willing to put up the act for your parents.”
Feranmi popped out of her seat and clapped her hands together like a child at a birthday party. Then she reached over and gave her reluctant friend a tight hug.

“Thanks. You’re the best.” Then she paused. “Please, don’t make me fill out a profile. This is humiliating enough.”
Ini laughed. “No, I won’t. I’ll handle this one personally. You won’t believe how the service has grown in the past two years. There are a lot of y’all looking for love.”

Feranmi knew she had that one coming, after all, she’d had a lot to say when Ini started her business.
“Seriously though, the only reason I’m doing this is because if you’re willing to put yourself through a series of blind dates, I know you’re desperate. You’ve always had too much pride for that.”