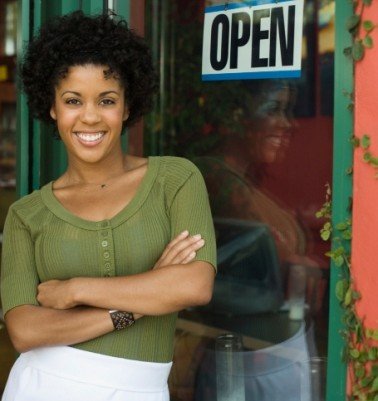 Anyone who knows me can attest to my love for Lauryn Hill and The Miseducation of Lauryn Hill remains one of my favourite albums till date. In the album, there is a song titled ‘Everything is everything’ I quote some of the lyrics below:

‘Everything is everything, what is meant to be will be’… /I wrote these words/ for everyone who struggles in their youth/Who won’t accept deception, instead of what is truth/It seems we lose the game/ before we even start to play/Who made these rules? / We’re so confused/Easily led astray.

These words struck something inside of me. It reminds me of my generation, the microwave generation which has rewritten the rules of dating and relationship. Dating in this generation is one of the most complicated concepts ever. Just like the John Legend song ‘everybody knows that, nobody really knows how to make it work’. But I also reckon it is complicated because we have made it so.

We have adopted a lot of modern terms such as talking, hooking up, seeing someone, friends with benefits, booty call and baby mama today. Even more recently phrases like ‘in an open relationship’ and ‘it is complicated’ as relationship statuses are emerging. Just to give a bit more insight, I came across an informal online survey conducted on some college students about these modern day terms.

Hooking Up:  The most ambiguous term used by Generation Yers. It means anything from making out to sexual intercourse. Generally agreed: hooking up requires no commitment.

Friends With Benefits: Friends who hook up without emotions attached. “People like friends with benefits because they are sexually frustrated and lonely, and it’s an easy way to satisfy that frustration without having to romantically like the person,” said Emily.

Boyfriend/Girlfriend: Exclusivity with someone sexually and emotionally, putting a title on a relationship and being committed. “Once Nick and I made each other our ‘boyfriend’ and ‘girlfriend,’ we were 100 percent exclusive and told other people about each other,” Sara said.

Together with someone: Hooking up exclusively with this person without a title, generally seen as avoiding the final step of commitment. However, some people see it as “hooking up and probably having sex, but not exclusive” or “exclusive, but no love yet.”

Seeing Each Other: Described by the Gen Y as “casual dating,” but can range from just hooking up to “the possibility of a relationship in the future.” In the beginning, Sara would tell people she was “seeing” Nick. “For us, that meant it was more than hooking up. It was dating without being official to the rest of world. There were times when occasionally we would hook up with other people.”

Dating: Ambiguously viewed by different people, it is often seen as the same as having a committed boyfriend or girlfriend. However, others define it as going on dates with multiple people.

Going on a Break:  Breaking up, but for only a short period of time. Allowing your partner to get involved with others varies from couple to couple. But some people find that going on a break is sometimes dangerous. “Don’t kid yourself, just break up already,” said one survey response. Stepp agrees: “Sometimes, a partner may use the phrase as a way to break up without admitting that’s what he/she is doing.“

Open Relationship: Most commonly described as a relationship in which you are allowed to hook up with or date other people. The two people have an “emotional investment” in each other but still can have sexual experiences with others.

Booty Call: What distinguishes a booty call from a hook up is that it is usually sexual intercourse that occurs late at night resulting from a phone call or text, fueled by alcohol or purely sexual desires. It is described by Gen Yers as “no strings attached” or “hit it and quit it.”  Culled from GeNYU.

These days, people want to get results without work; and technology is not helping us either. Whilst reading some of the comments on the backup plan, I could not help but think ‘what are we doing to one another?’ Then we wonder why people can no longer stay married… it is because the foundation was shaky from the start.

In this frenzy of modern dating, we are all familiar with the talking stage. ‘Talking’ means different things to different people but one thing it has in common is two people who like each other but haven’t committed to one another. There is no harm in taking things slow and wanting to know what you are getting into… but there are people, who use ‘talking’ to pass time until they get a better option. Women are the most vulnerable at this point. I am of the opinion that the moment you are confused about where you stand with a man is the moment you should hit the road.

I think my generation is focusing on the wrong things when it comes to building something real. It is beyond attraction, beyond intimacy. In real life, real people have real issues.  When life happens and it always does, you need something stronger than the physical to scale through.

The foundation of any relationship should be built on God, honesty and respect. Many people do not know how to be alone therefore they would rather settle or gamble the options. Too many things have gone wrong, and change can only begin when we change our mind-set. We owe it to generation Z behind us to right our wrongs because if we don’t, catastrophe doesn’t even define what will follow. It starts with correcting our misconceptions about gender roles. Teaching our sons how to men, and it is not in the size of the wallet but the character (responsibility and accountability). Likewise, our daughters that beauty is skin deep, it cannot keep a man. As a matter of fact, you don’t need to be anything other than yourself to be with someone. If they want you, they will stay.

I look forward to living in a society where people can challenge the conventional mind-set around dating relationships. Honesty is KEY!  Be honest with yourself from the start to know what you want. Just like Lauryn Hill said ‘what is meant to be will be’. Don’t force or sweat it, there is a ‘perfect fit’  for everyone. And the only reason most people don’t get it is because they are too impatient to wait for it.