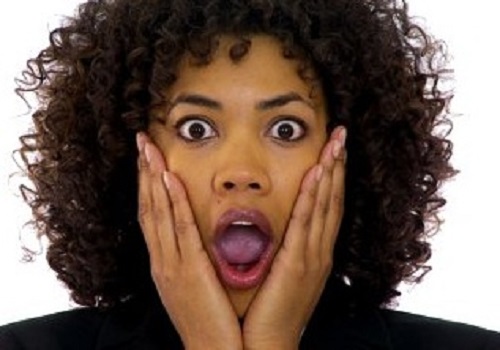 If you are regular on this column, by now you are aware that I’m currently battling with an addiction. No, not coffee. No, not The Sims either. It is the addiction to a game called Candy Crush! Well, seeing as I have deadlines coming at me from every corner, I turned to my self appointed shrink and friend, Amina, for help. I said to her “I can’t believe that I’m checking to see if my lives have been refilled instead of working on my poems for the portfolio. What kind of abnormality is this? This is how I almost failed Company law because I kept checking to make sure my Sims were well fed and in good health.“

Her recommendation was that I should delete the app. A cold shiver ran through me. “Just do it. Just close your mind and delete it once and for all.” It felt like she used ‘touch and go’ on me; I hit the ‘delete’ button and told her I’d deleted the offending app.

And so it began. The analysis of lies, liars and the problem of having to relate with people who lie so much they don’t even know that they’re lying.

Back in primary school, there were some people who told fibs that were easy to debunk. For instance, a visit to the person’s house will reveal that the claim of “We have five air conditioners in our living room” was a lie. They were lies told by children to other children, for different reasons: attention seeking, a very imaginative mind or just for the entertainment value. So it becomes a little baffling when as adults, we hear tall tales being told of things that are clearly untrue.

Living in Moremi Hall in Unilag was a joy ride. There was always something exciting happening in the quadrangle. One evening, there was a loud ruckus with a group of girls gathered around one girl. The ‘victim’ was being attacked by the clique of friends for having slept with their friend’s boyfriend. Anyway, after all the noise and tearing of bras, they found out their friend and spun the tale. Why? Apparently all her friends had one thing or the other going for them and nothing was happening in her life. Of course everyone called her names, wondered why she was a pathological liar and how long she would have perpetrated the lie for had she not been caught.

Sometimes when you have a friend who lies, and you know that the friend lies-  it is a big problem. You can’t separate the lie from the truth. You are unsure whether the friend even knows that he/she is lying? Sometimes, the lies are even so stupid you begin to wonder if there is any need for the lie. There are even some lies that have been told over and over again that when you sit with all the people who have heard different versions of the lie, you begin to take notes.

“But she said they went to the Caribbean in February“.

“No oh, it was in June that she said they went. Remember that’s why she said she couldn’t be at Arin’s wedding?“

“Was it the Caribbean she told you guys? It was Seychelles she told me oh. That she was allergic to the sand in St. Kitts the last time so she just told him they should do Africa jeje“.
I mean, come on! I made up this ‘allergic to sand’ bit but you get my point!

Do you have a friend who lies persistently and fluidly? How do you deal with it? Do you call the person out on is/her lie? Or do you just allow the person keep lying while you snort (I’ve not found the English word for Yinmu) and think ‘go on with yo bad self. I know you aint gat no Porsche Panamera lying in yo backyard‘. Do you stage an intervention? What if the person doesn’t know he/she has a problem? Do you then become the bad person?

And because I don’t want this to turn into a judgement zone, if you are one who suffers from the condition of lying; you know, a little fib here, an inaccurate detail there… please share what the motivation is. Is it spurred by a need to be heard?

Let’s start the year on a truly positive note. Trust is so important in relationships and lies find a way of putting cracks in them. It’s the first day of being back at work for a lot of people and I imagine that must be a dreary feeling. Don’t worry, the weekend’s almost here. Have a fantastic week ahead and remember to smile.

Harold Writes: 5 Things Every Serious Writer Must Do In 2014