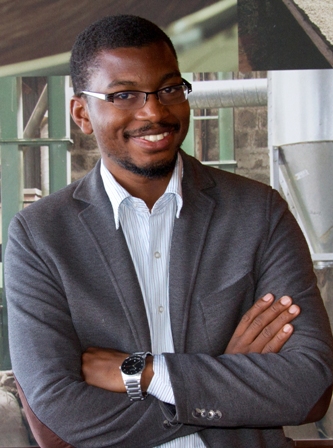 I was in a conversation with some young political activists some months ago. After talking about our political dissonances, we gradually shifted to a different topic. We were all blacks, so, it makes sense that we transitioned to issues that affects the black population. A lady was sharing passionately on why black men needed to step up and learn to treat their women right. She was so passionate that you could sense she was speaking from a personal experience. I listened and was eager to share my views. This is not a new topic that I have been involved in but there was so much in her conversation that I could not get it out of my mind.

The conversation went on to talk about how black women are at the bottom of the social strata. Most black women are educated and smart but usually struggle to find a mate that matches up to that standard that most successful black women have. With a curious mind, I began to think of intelligent black women I know who are still single.

In my opinion, I do not see being single as a bad thing or disease. Being single does not make you less of a human being. I also believe that that there are people who can be happily single if they choose to. On that note, I gently contributed. Even though black women cannot find partners, I mentioned that black men in United States are also at the bottom of the economic strata. I also could not stop thinking of black men who are struggling to get jobs. I am not even talking about those with only high school degrees; it also include friends who are highly educated.

I noticed how many black women around me easily progress in their career path but most of the men are behind and struggling. I do not have a definite answer to the imbalance because there are so many reasons involved.

It is a great thing to have a professional degree; but I have come to a conclusion that not everyone would have one. Not everyone would become a doctor, lawyer, engineer or a social worker. Some people have to go a different path. The sad aspect is that you would struggle to move up in the economic ladder if you do not have professional degree. Black men struggle with a lot of stigma and very little network to build their reputation.

In the world today, networking is huge. You need to know how to get what you want and where you need to go. Most Nigerians in America I know, are mostly in social work if they are not professionals. There are many fields to launch into than being a social worker. But the pool of network is very small outside this circle. I also noticed how black people are hesitant to help the young black men. This is a sad truth.
The world demands creativity and it is important for individuals to become creative in any way possible. In a very complex world, it is also important to be flexible and adaptable to change. The only thing is that most black men have weak networks for them to be innovative. I can think of white peers who were behind academically but have gradually progressed in their career path than some black men who performed better. Their parents and friends have done most of the work for them. They all join these networks that would benefit them.

We, being Nigerian-Americans. Our parents lived for survival, so there is very little to build on. Only if your dad is Dangote,Bishop Oyedepo or Adebayo Ogunlesi, then you have no worries. Most organizations our parents probably belong to is more social than adding any value to their children. These organizations are more of “Owambe” than focused a providing economic development for their children.

In United States, those with strong communities have been able to produce successful people. I am always talking to the Italian-Americans, Chinese-Americans, Indian-Americans and especially to Jewish-Americans on how they have left a lasting legacy in America. Most black men would have to go beyond the black community to ascend in their career path. There is a very small pool of people that you can actually find to mentor you in your career path.

Being the first in my family to go into law school was also challenging. I remember just trying to network with other Nigerian men who were lawyers but it was not successful. It takes a while to find genuine men who are interested in building other men. It is so easy to find black women empowerment network but black men are just lost, striving to survive and make it on their own. Probably that would explain why some men become demanding and expect so much from their partners.

Since our women have been able to move a lot quicker in the economic ladder than most black men do, I could not stop thinking of the significance for the brothers to start networking with the black women network.
Furthermore; strong families produce strong children. If black men can humble themselves and realize that there are more odds against them. They have very little and weak networks. Most black men have to deal stereotypes. Most people feel threatened by black men.

Black women are always easier to reach out to than black men. Not all of us want to become an entertainers (where most black men have mainly progressed). Black women are usually more skilled and with vast network. The larger population in United States are usually more comfortable with black women in leadership than black men. That is why I believe that a stronger family would make a progressive race of people. A stronger family involves genuine commitment and faithfulness from both husband and wife.

It is important not to assume that marriage will change your life drastically but it is important for married couples to realize that they belong to the same team. To be a team means you are working towards a common vision and both of you will do anything to support each other. As a single guy and also black, you sometimes had to break a perception and stereotype of being perceived as lazy and indisciplined.

People respect you more when you are able to keep your marriage. In America, it always reflect the strength and character, when they a black man has a stable family. Black males with supportive wives are more likely to progress very quickly than the young single ambitious guy who is still trying to find stability.

We also need our women to dismiss the fantasy of having Mr. “Bankole.” Mr. “Bankole” is my metaphor for a man who is very successful and ready for marriage. The sad part is Mr. “Bankole’s” have become very few.

In a cultural context, many things have changed for men. Men used to be the sole bread winner but the change in culture have also demanded women to also become financially responsible. In America, the black men are at the bottom of the economic strata. It has become a system that has kept them there. There are many reasons to this situation. Family structure, poor lifestyle choices etc. But most educated black men also had to suffer and endure before they find stability. The unemployment rate is higher within the black male than the average population. From my understanding, once you are unemployed for more than nine months, your skill sets would have to be refined.

Many black males are not sure of their place in the society. If they are not emotionally and mentally firm, they would end up in a destructive lifestyle. This destructive lifestyle also becomes a cycle. It also affects Nigerian-Americans too. Most Nigerians already have a standard inculcated into us of what a man and woman is meant to be like. This expectation would exempt a large population of black men in America.

Finding the modern Mr. “Bankole” would mostly be based on a woman’s ability to discern a man who is a prospect. The one who is working hard and making attempt to be where He needs to be. He might not have the nicest car or even have a car yet. He might not be the most clean-cut guy. His life might be too busy trying to find his path. Men are also very unpredictable. The guy that looks like “Jonah” today, might become the Mr. “Bankole” tomorrow. A good man just needs a little hand. The presence of good woman in a man’s life should never be underestimated.

Bimbo Akintola: ” I Am Not Looking…And I Don’t Need a Husband”