Fola Daniel Adelesi: We Should Be Able to Question Our Leaders While Praying For Them 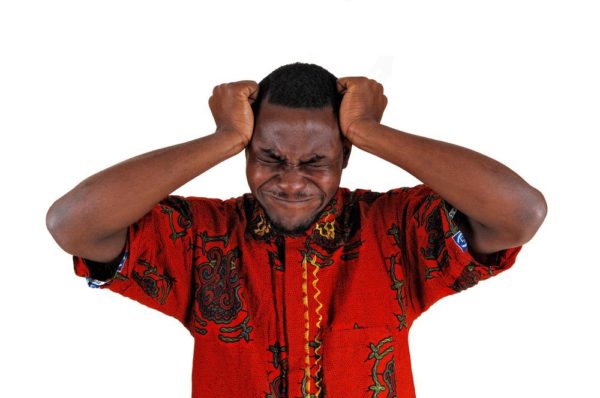 When I was a teenager, I was told to pray for people in authority. I also read in my Bible that I needed to pray for people in authority. In Nigeria I think that we are doing a great deal of that but then some other issues begin to come to mind.  When you are praying for your leaders and they are just not doing some basic things that you need them to do, do you just continue to pray and say nothing to them?

Would it be a crime to pray for the leaders that are leading you and also speak out against some unfriendly or inhumane decisions they are taking? Can’t we just let our own government know that some of the things they are focusing on are not the things we expect them to focus on just because we have been told to pray for them?

While I’m not trying to break the religious frame of some of my friends reading this, I still think that it is important we clear the air on this. When I raised this issue among some spiritual leaders they answered with the ‘pray for those in authority.’ I immediately told them to remember that in the denomination where I worship weekly, we pray for our leaders and I think the prayers will go to waste if all we do is pray and don’t tell them the right thing that they are doing well, not doing well or not doing all.

I have seen the movie, The Great Debaters, a lot of times. However,the last time I saw it something struck me. Denzel Washington said, ‘Jesus was a radical!’ When I thought about that I realized he challenged people in authority who were hypocrites and I am wondering why we in this day will refuse to do so and just tell them that we are praying for them.

Maybe this is coming because I have always had interests in leadership. I want to see good leadership and I always want to be a part of it in any way I can. But I am still wondering why all we just do is to talk and talk then after a while we say it well. Just a little while after we say, ‘let’s just be praying for them.’

I don’t think it is my job to just sit and pray for those who willingly or unwillingly take five percent of what you and I earn every time we earn and spend it the way they like on whatever they so desire.

Would it be a crime to tell my leaders when they are not doing enough or when we can’t just see anything they are doing? I think that the people need to wake up. We have to stop being overly religious, because if we keep turning into religion, we miss the very essence of the religion we profess to be identified with. Thus,  some people ride on those wings to defraud us. They not only defraud us in this time, they have also defrauded our generations to come and all we ever do it to pray for them.

Are we also supposed to take our cars off the roads when ‘those in authority’ that we are praying for are coming on the high way when they have also forgotten that our tax bought those vehicles and pays the salaries of those men they use intimidate or even assault us?

Again, I am just thinking and I want you to take this as someone thinking aloud so you heard my thoughts. I believe we have to pray for our leaders but should we just pray and watch them not account for anything or not do anything? What’s your take on this?

Ada Obiako: Where Did Your Clothes Go?