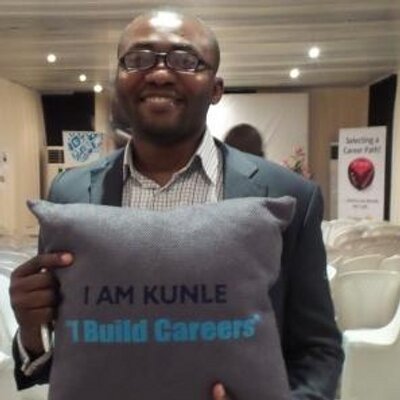 I will always remember him in one way: a hand slap on my back on a Friday morning and a question, ‘Shey you bring your boot come?’. In response, I would smile and point to a bag underneath my desk.

See, Kunle started a tradition to have the guys play a game of football every Friday. The venue was Meadow Hall and for the first few weeks, he footed the bill. More difficult than footing the bill was getting the guys to turn up. So he made the rounds of the office’s two floors on Fridays. His method of getting people to turn up for these matches said a lot about his awareness and appreciation of each person’s uniqueness. You could hear him tell Debo, ‘Ole boy, you need exercise o’ and tell another person, ‘Shey you know that Meadow Hall no far from your house?’. Kunle made Fridays fun, and it is ironic that he returns home on a Friday.

The matches were a fun time of ball tapping and after that, we would head to the nearby shop to buy light snacks and drinks. The shop owner was always angry and she would snap at us: ‘Hey, you don chop two Digestive o’, ‘You, you don drink four pure water now’. Now, this was annoying seeing as the entire bill for this would not amount to much. But Kunle understood everyone. So he made a five hundred Naira deposit while we drank pure water and ate biscuit. He kept replenishing this five hundred Naira deposit and eventually left the change with her while advising her to ‘lighten up’.

I think HR people airbrush things a lot, but that’s fine because it comes with the job. So it was nice to see a HR person who believed in the process and hard truth. During my induction, he walked in, told us the supposed bad things we might have heard about the company and ended it with ‘Some of these are true, some have stopped, some are just spread by aggrieved staff but one thing is we are working on these things and things are way better now’. See, that was honest and that was typical Kunle. He believed everything was a continuum and the most important thing was not a perfect state of affairs but a willingness to keep moving in the right direction. I wish our politicians could take a leaf from this.

His passing is sad, very sad. He was a great guy. But we won’t stay down for long. We will take the best from this. We will be earthy, we will understand that no one is little, we will admit that everyone is a work – in – progress and maybe we will tell the truth a bit more.
Today, as Kunle is laid to rest, maybe we will endeavor to be a bit more like him, and in that way, he will live on.
Adieu Kunle.