BN Cuisine with Chef Fregz: The Browns - What Jack Cooked

Before Chef Fregz there was DVARD mini catering services. DVARD was small catering business I stared in 2009 after my NYSC. At the time I was primiarliy a BBQ and Grill guy. I lived for the smoke and charred flavour in meat and even vegetables. I grilled a lot of steaks, chicken, wings and pork chops and what not!

One thing I loved to make was a Jack Daniels steak. I remember one of the very first gigs I did for my friend’s dad’s birthday. His best friend had taken a piece from me and I noticed he came with it half eaten and I was worried I had poisoned him and he was coming to place me on the BBQ to roast me as well! Lo and behold he only came to reheat the steak because it was the best thing he eaten in the longest time. Ever since whisky found its way to a lot of things I cook. I do a mushroom whisky gravy to a smoked beef I use in a sauce or as canapés with tamarind mayonnaise.

Fast forward to 2014 by now Chef Fregz has come along way since borrowing my neighbours BBQ stand and doing a whole lot more than just grilling and battling with smoke. *cue in thanksgiving praise and worship*

I still love my whisky in food, but this time around I’m making my own BBQ sauce.

A little about whiskies.
Whisky is pretty much distillate from mash like corn which Jack Daniels & co are made from. Others are made from barley, rye or malted rye. There are SO many whiskies in the market and to be very honest depending on my mood (a.k.a pocket) I do some really cheap stuff. I mean there are whiskies for 600 Naira!  When I am feeling a little cheap and cheerful I use them, but the truth is my heart is always with Jack.

When I want to make a good BBQ and I wanna go whisky and not cut corners Jack Daniels to me is the best whisky to use. The balance of oak barrel notes is just super for that agreement with smoke flavour. 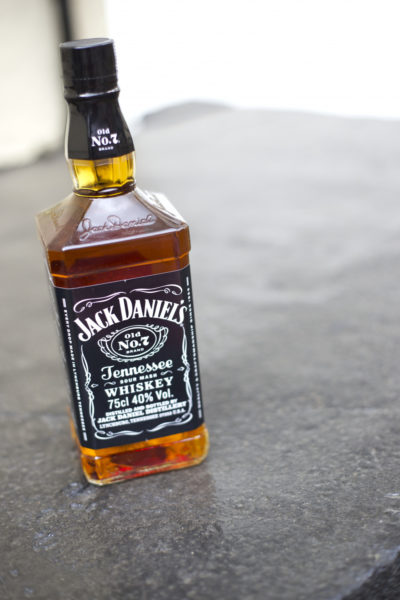 And yes the recipe for today is a Jack Daniel’s BBQ sauce, so it’s  the day you have to go out and splurge. I mean you could try with another whisky maybe…. and even more expensive one but for me Jack is it.

The ribs I’m using today is courtesy Lapointe supermarket here in Lagos. It’s one of my best places in the world right next to all the abroad sef! Thursdays is the day when everything arrives fresh so from rocket to amazing pork chops and ribs  are available.

The ribs are more baby back ribs, but next to a Naija grown pig, it’s a giant pig. The locally available ribs aren’t bad but this rack clearly has more flesh and it’s pretty lean. iI costs a little more than the locally sourced one but it is soooo worth the spend.

For this recipe you really need to mix a bunch of spices and make an easy BBQ sauce. It may appear as a lot of components but the steps are pretty straight forward the results are rather rewarding.

Let’s get to the recipe.

The Dry Rub {Makes A Cup}
This rub can be used on chicken as well, even prawns but a little sparingly on fish. I would add a dash of celery to it if using for fish. 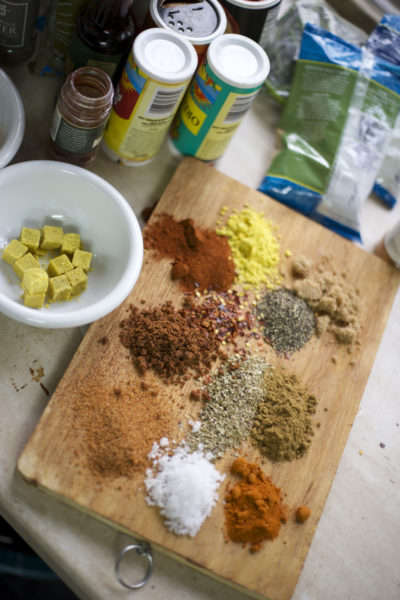 How To
Mix all these spices in a bowl and keep in an airtight container. you could a dash of cinnamon powder for more earthy notes.

The main event! Here’s what you need {makes about 2 cups of BBQ sauce} 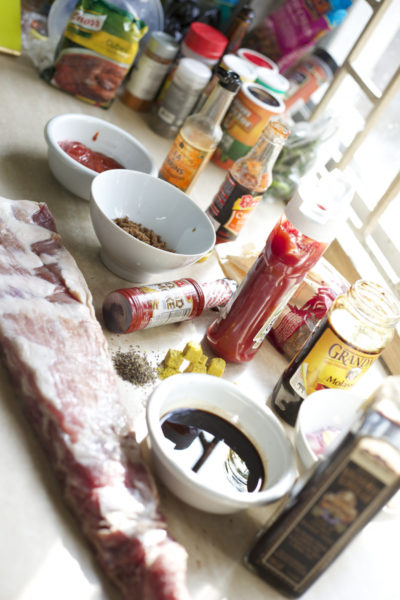 How To
In a saucepan place the oil. When hot and a little smoky add the onions and garlic add a pinch of salt. Sauté for about a minute. Add the whisky and cook for another 2-3 minutes. Add the rest of the ingredients, stir well and turn the heat down and leave to simmer for about 15-20 minutes or till it’s reduced and it thick. With a hand blender or in a regular blender puree it till smooth. I left mine a little chunky though. 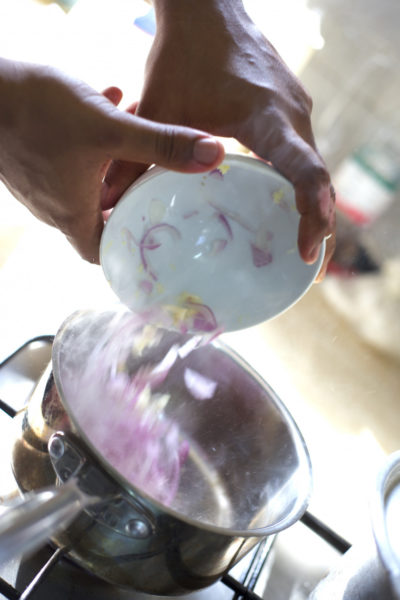 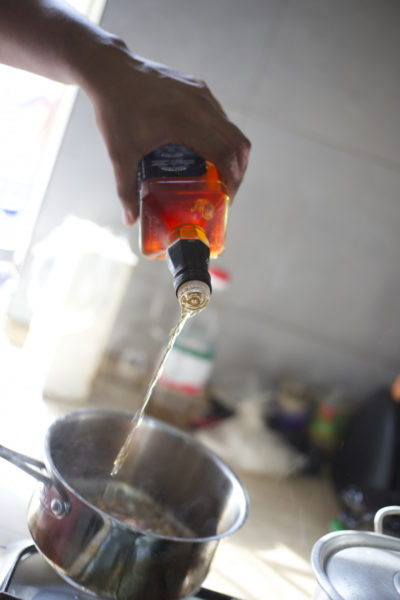 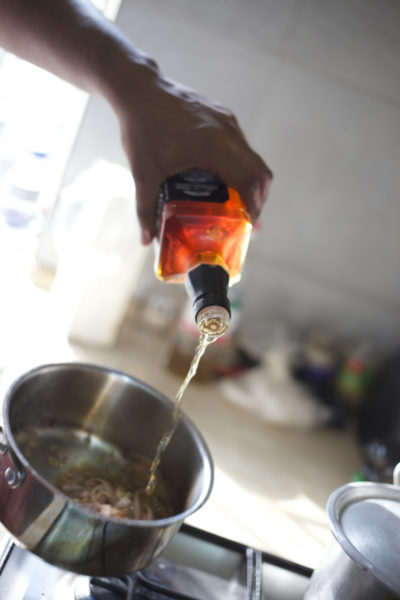 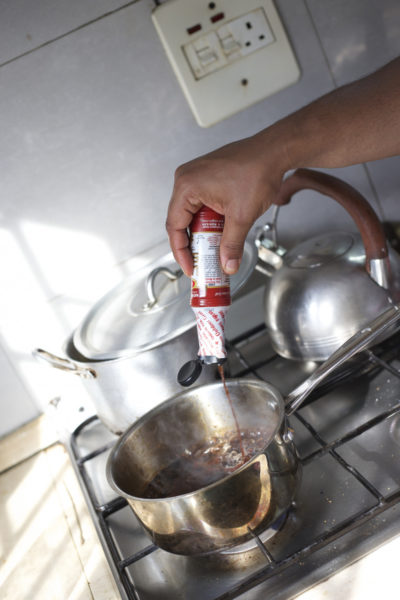 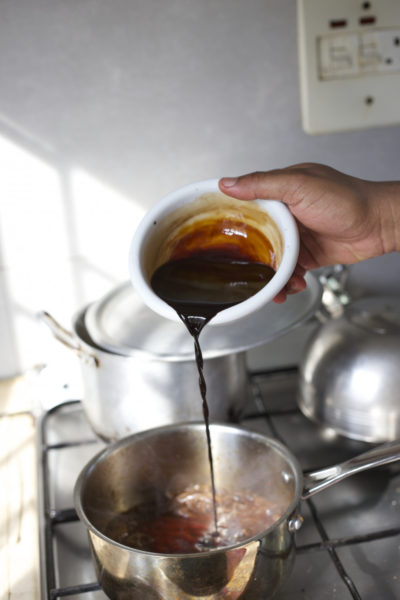 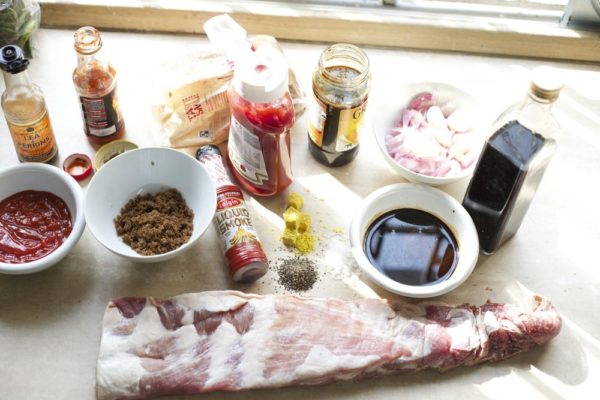 To make the ribs, cover flesh side with the dry rub just enough to cover it properly not the whole cup of rub! 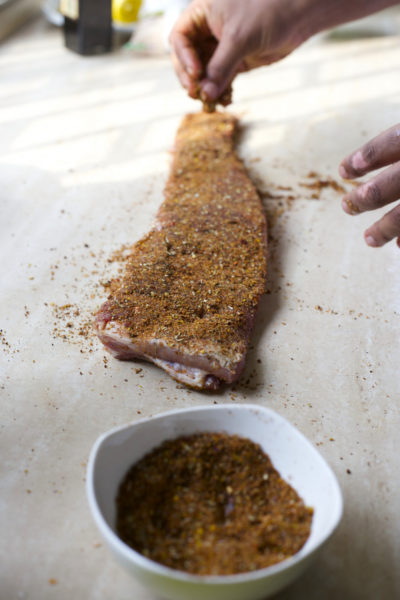 Place in a an oven tray with some water like quarter way full. Cover with foil paper and place in a hot 180degree celsius oven and leave to steam for about an hour/ an hour and a half depending on the thickness to thinness of the ribs. 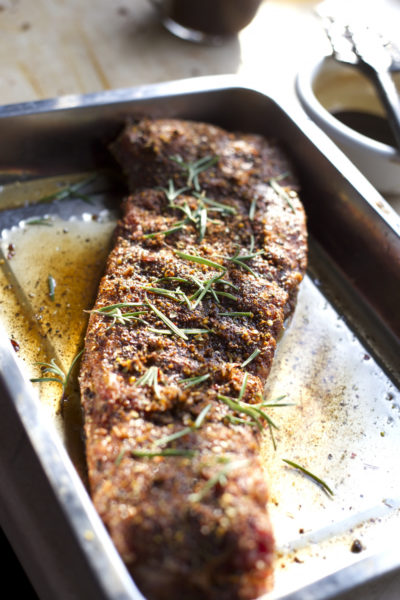 After that long steaming time. open it up and brush over some of the BBQ sauce and leave to cook for another 20 minutes or till when the meat is coming of the bone and its super easy to cut through.

Brush over with some more BBQ sauce and serve. 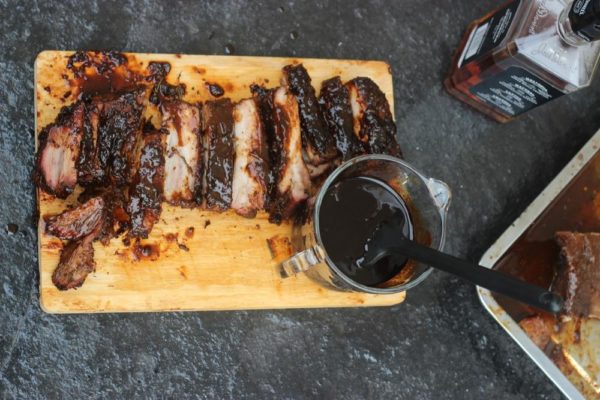 Roast potatoes (check my recipe here )or a great potato salad would be amazing check out @1qfoodplatter on Instagram she put up a dope recipe for a spicy potato salad.

Cold beer or Some frozen cocktail is a good friend with this meal!

Before I sign off, there’s another brown I would like to give a quick shout to another favourite brown of mine… Rum!
Rum is a distilled alcoholic beverage made from sugarcane byproducts, such as molasses, or directly from sugarcane juice, by a process of fermentation and distillation. The distillate, a clear liquid, is then usually aged in oak barrels. Rum can be referred to a dark or aged rum when it has stayed over a long time.  – Wikipedia

The dark stuff is usually consumed on its own and used in cocktails as well. The light version of rum like malibu for example is usually for cocktails or used in desserts! I just imagined an adult coconut mousse with malibu ice-cream or something along those lines! Lordy Lord!

Okay, moving on… I recommend you use rum with to make some drunken chicken wings or in my Jerk Chicken recipe here

So whisky is made from mash such ass corn, rye, or barley while rum is more alcoholic sugar!

Big Big thank you to Toyin Trendz of Trendz Photography she came through for me again under such notice! check her work out @trendzphotography on Instagram. she’s an amazing wedding photographer too! 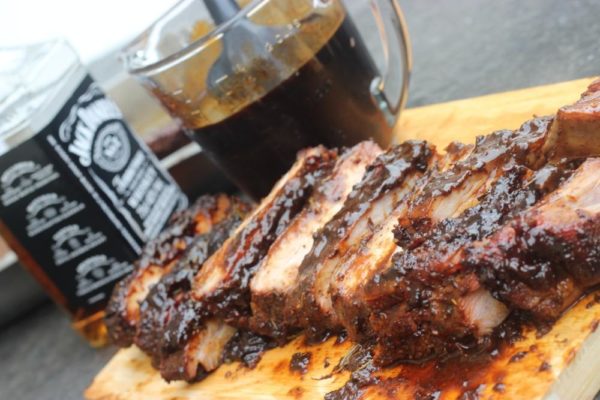 Thanks to Sara Bolous of LaPointe supermarket who was generous with this juicy to die for rack of ribs.