Fola Daniel Adelesi: Whatever You Choose To Be 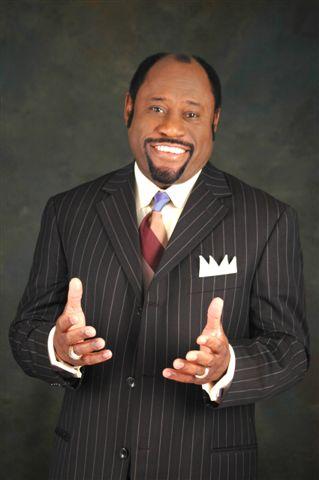 Back then in my secondary school (Mayflower School, Ikenne), we sang so many inspiring songs and one of them carries the title of today’s article. Some of us believed those songs so much that we got inspiration from them when we had our down times.
Upon hearing the news about Dr. Myles Munroe’s death, I began to think and eventually got myself together to write about some of the things we can take away from his life.

‘You can become whatever you choose to be.
No king, no lord, no knave can say us nay
For we believe that man is a potential doctor,
Lawyer or cook or dwarf or giant… whichever
He sets his mind to be… we shall be giants
And therefore we shall work, and work and work and work…
Even if we must work. Work our fingers to the bone… so may it be.’

The song perfectly describes the life of this great man who was born into a poor family with at least eleven children. They had nothing yet he rose to become something. Who would have imagined that a poor boy from a small country called Bahamas would be so famous that people all over the world and government leaders will be shocked by his death?

I think he could have held unto the fact that his family was so poor and there was not much he could do about that. I call it a fact because whatever you believe about yourself, even if it is not true, over time will become a fact. He looked beyond the poverty of his family and made something meaningful out of his life.
What about those other people who were born into the same situation as he was. There are so many of them out there who are older than him today. They got better opportunities and still did not see the light in them. They held unto the background that they were born into. They kept talking about how poor their parents were and how they did not get the best connections in life.

When I saw the video of the press conference held by the board of Dr. Myles Munroe’s church, the other church leaders there said they had gotten calls from all over the world. As I saw all the messages across social media platforms, I just could not think of any other thing than the little beginning that he shared with us many times in his different messages. It was as though I had a resonance of contrast in my head.

I remembered the man born into a poor family and the family who is a force to be reckoned with by the government of his country. I remembered the teenager seeking relevance in life and the man who was flying around the world as a motivational speaker and government consultant.

People like these inspire me a lot and I think they should inspire you too. It was not just their words that inspired me. It was the practical things they have shown us about how you can rise from nothing to something.

If you are reading this right now I think your beginning or background may not have been as bad as that of someone like Myles Munroe. If he made so much out of his life then you can make a whole lot of difference with your life. I dare you to make that difference now or to start if you have only been thinking about it but have not started. Don’t focus on what you don’t have or are waiting for. Focus on what you already have and what you can achieve with that.

I believe that in every way, what you and I carry are far more important than what we don’t have. Therefore we have no excuse to not rise out of poverty, lack, obscurity, the limitations of life or any other known challenge. Dr. Myles Munroe did it. You and I can also do it so long as we start looking inwards – for our potentials – and prepare to ‘die empty rather than enriching the grave.’

***Fola Daniel Adelesi’s articles are copyright protected and should not to be reproduced without clear written permission. Violators will face legal action.