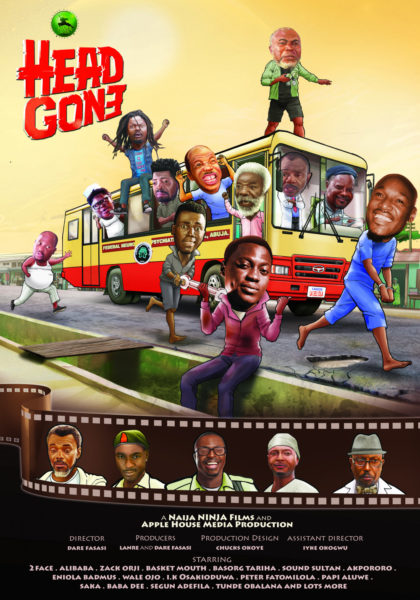 A lot of Nigerian entertainers are gearing up to keep their fans laughing in December 2014 with the release of a star-studded comedy film called ‘Head Gone’.

The film, produced by Naija Ninjas and directed by Dare Fasasi, is a comedy of errors that features some of Nigeria’s finest entertainers.

Plot: A psychiatric hospital bus driver losses some patients on referral to a federal hospital in a road mishap, to cover up their mistake the driver and nurse assistant picks up unsuspecting commuters to substitute the patients, the plot thickens in conflict as the sane commuters try’s to prove their sanity in a psychiatric instruction and the escapees patients try to adjust to a new environment

The movie is set to premiere before the end of November and will be open in cinemas across Nigeria in December.

Watch the trailer below!

So Cute! Take a Look at Pictures from Lola Ogunnaike’s Baby Shower