Should You Bump This - Music Review:Olamide - Street OT 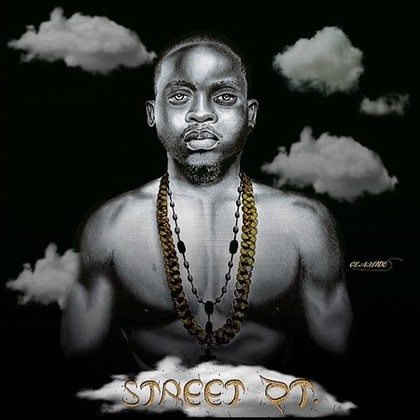 Olamide has been pretty consistent since his debut album, Rapsodi, hit the streets in 2011, in 2012 he gave us YBNL, and in 2013, Baddest Guy Ever Liveth. Street Ot is what we get this year, and possibly a collabo album with Phyno next year(somebody say amen), Street Ot is available for download HERE. The album features Pasuma, Lil Kesh, Viktor, Don Jazzy, Chinko Ekun, Phyno, Reminisce, B. Banks, Chuka and Pepenazi.

1. Oga Nla feat. Pasuma and Lil Kesh
What doesn’t kill you my nigga can only make you stronger/ and we taking over my nigga and we about to go bonkers – Olamide

Dem no dey give me face not to talk of give me head/ nowadays I no dey beg ko to la le lori bed – Lil Kesh.

@showontstop: Funny, but I was more impressed with Lil Kesh, funny verse. At least now I know his album won’t all be ‘shoki shoki’

S: Ok slow down with the niceness. He cool like a glass of Fanta with two ice cubes in it.

S: Production sounded good on this.

T: Zero joy was given when Olamide murked this song

T: Someone vexed him I swear.

S: Price of okele went up? Bariga gutters are flooded?

S: Hardest jam on the tape.

T: Nothing special here for me.

S: This is one of those songs for aerobics. Skip with ease

4. Ya Wa
T: Nothing here for me too. Skipping this one like a 200-second snapchat story.

S: Mehn I am skipping this ish like breakfast at a wicked mother-in-law’s house.

S: The purpose of this song was lost alongside every shalams dignity after a night at Elegushi

T: Don’t know nothing about shalams

T: This song should have been like an interlude or an outro. I mean it’s basically the same beat for the intro of BGEL.

S: Yeah it was too long. Kinda zoned out after a while. I like that he revisited the beat though.

S: Mehn that’s the problem with some of the tracks on this album…but let me just keep sipping this tea.

S: The mixing on this album is poor I gotta say.

T: Not a bad song. Olamide goes on the singing tip.

S: Like this is the only time I will EVER say this….”I wish I heard Sheyman on the mix” on all these songs. 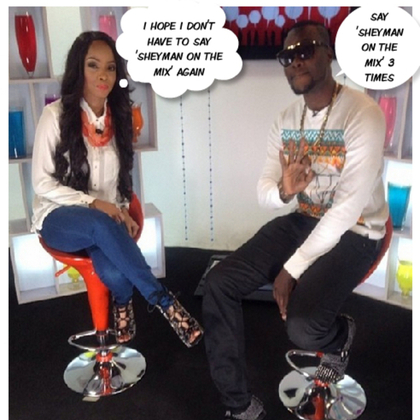 S: This song could have been much better

7. Up in the Club feat. Viktor
T: This right here is my jam!

S: This song is pure clowning

T: Nothing cool about this. Sounds like Don Jazzy was meant to use the verse for Dr Sid’s ‘Princess Kate’. Same pattern.

S: This is his verse for Pippa as per Kate Middleton? Get it? No? Okay…moving on

S: I think Don Jazzy should have given him a beat though. That would have been a better collabo.

S: This is my jaaaaaaammmm
“Money no go sweet if owu no dey”….chuuurch!

T: Best song on the album. The ‘Sweet Lullaby’ sample is everything.

S: From Dubai to Malaysia to whatever next city runs boys are gonna take over.

10. Batifeori
S: Meeeeeehn, if any DJ doesn’t have this on his playlist…he is a dead guy.

T: Really not a fan of this singing Olamide but the song is good.

S: This one is sha on point like decimaaaaal.

T: They didn’t come to play.

S: Even Olamide respected himself and just took the hook. He is not hungry enough for this type jam

T: Hope they all get to the promise land

S: Amen. Too much desire not to. Olamide will lead them well

S: Naija version of ‘Hot Nigga’. Shmurda dance on lock once this jam comes on… *throws hat into the air*

T: You are hearing things. Shmurda dance can only be done on ‘Hot Nigga’ beat.

S: You can’t even do the dance…sit down.

S: My favourite song on the album

T: You could feel Olamide’s pain on this one.

T: I agree. 1999, I was just entering secondary school sha

S: Of course. As the new principal

14 Falila Ketan
S: I got the skip button on speed dial for this one… But I let it slide…and this ish had me cracking up.

T: This has to be the funniest jam I’ve heard in a while. So lewd, yet so catchy.

S: ‘You just got back from London yeah? Yeah yeah yeah’ …Replay value is low on this track though.

S: I will get tired of it soon.

T: I first heard this song and I was like this is the weakest ‘Olamide and Phyno’ collabo. But it grew on me. A Phyno and Olamide mixtape should be next

S: This is by far their most disposable collabo. Nope, this ain’t growing on me at all. Dwarf song. A collabo album needs to drop ASAP.

T: They got good chemistry together.

T: My personal favourite. Chinko Ekun is a problem.

S: Should have just thrown Viktor on every hook

T: Viktor the chorus killer. He’s one to watch out for

T: So many gems dropped by the dude

S: Use of the ‘Stay Scheming’ sample was pretty apt

17. Story For The Gods
T: Another sweet song. Nuff said

S: Baddo with another home run

T: Omo mehn! Reminisce was everything on this one! They complimented each other so well

S: Remmy has not had a bad feature in 2 years. Hardest run. ‘Alaga never stagger murder any bagger!’ 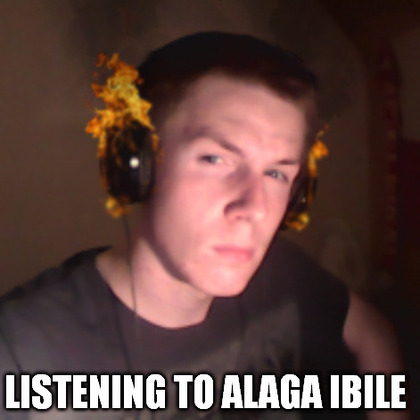 T: Another song I like.. I fux with it

S: *yawning…sets alarm for the next song*

T: What do you know?

S: Except the last guy. Who that guy be?

S: That one just dey mess up and down…Has to be Penenazi

S: Pheelz is still that nigga

Verdict
S: Olamide is definitely the hardest working artist in the game. This is definition of hitting while the metal is hot. Street OT is not a stellar Baddo solo project but it’s a nice YBNL showcase album (stepping stone for Lil Kesh, Chinko Ekun, Viktoh and Young John)

T: Arguably the hottest rapper in Nigeria right now, Olamide delivers a decent album with Street OT. The album, however, suffers from subpar production and mixing.

Versace, Versace! Check out Annie Idibia’s Outfit of the Day