Immanuel James: When Upward Spit Returns to Its Owner 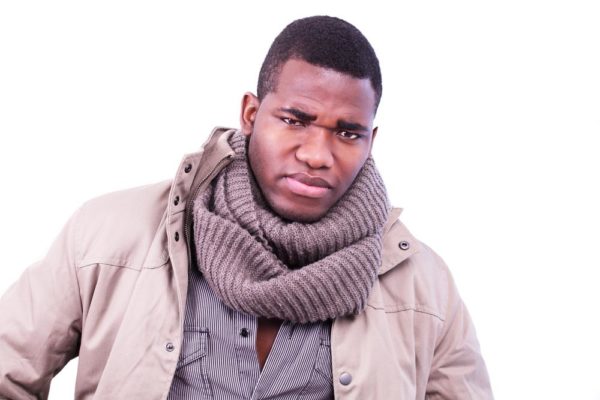 February 14. Or say, February 28. I just can’t wait for this whole toxicity to go away. By the 28th, two weeks after the election, I expect that this angst will be over, save for those in hospitals nursing machete wounds. Or those still looking for the tips of their fingers sliced off from the ballot box. Or the bereaved.

The dead – they will die nameless. Only numbered. Not accurately even, no: “20 dead”; “not 20, it’s 30”; “no, only 6 died”. Just like that, they will fluctuate into oblivion, even before May 29. Poor people, they will die unthanked martyrs of an elite pursuit, perhaps laid chaotically in mass graves, for the attention of little, lucky worms.

Burnt campaign buses. Threats of dogs and baboons; threats of renewed creeks militancy; of the formation of a parallel government. Escorted by daily promotions of hate on the Internet between career Jonathanians and Buharists, these threats are sure in their delivery of promised violence – on this, I shall be so excited to be wrong!

May 29. That is when the commotion will go quieter. But before then the social media will become a blackboard of statistical “facts” on malpractices. Then the new era begins and the political elite reintegrate despite party divisions. At Rotimi Amaechi’s son’s wedding, Jonathan, Buhari, Obasanjo, Tinubu, et al will be holding champagne glasses, tooting camaraderie in repeated guffaws. To the shame of the warriors who, fighting for their principals, had left trouble spots carrying their own limbs on their heads.

Then governance – or what looks like it. What is left of the fuel subsidy will be yanked off, finally, by whoever wins. New National Assembly will introduce new official loots, united in the support of their own enrichment, party differences notwithstanding. The 2015 budget will become unworkable. Real electoral issues, neglected in favour of cyber mudslinging, will surface, haunting the masses and the middle-class. Again, quarrels, insults, blames. “You guys voted for him, why are you complaining now? We said it, that he had nothing to offer….”

Perhaps it’s all patriotism, this mutual hooliganism between the two major camps. Are there media houses organising a presidential debate? We’re too busy deploying creativity at verbal venom, to ask.

But this is not patriotism. Patriotism is no enemy to objectivity. Patriotism goes straight into the heart of the matter asking the hard questions, sometimes loyal to neither side, only to Truth. The patriot is sometimes found swaying from side to side, that swinging reflecting the healthy motions of his judgment. He wants the best for his country, and therefore cannot afford unquestioned yesmanship. He does not defend the obvious gaffes of his principal.

Here, patriotism has been high-jacked by loud-mouthed social media typists, such that those who do not loudly identify with a candidate begin to seem ignorant of the conversation. If patriotism means to remain on permanent salute to a candidate without question, let me remain unpatriotic. Lessons of the past have dispersed from memories, chased away by current emotions of hate.

It’s just shameful. Same rhetoric. Same blundering every four years. Campaigns filled with empty talk and motor-park speeching. Same cycle of motions without productivity, without leaders being truly held accountable and put on the spot! That is why in the 21st century, we are still asking for water, roads, electricity. Population Control? The fate of the Naira? Alternative revenue, the power conundrum, addressing the recurrent-capital expenditure imbalance in our national budgets? Insecurity? Fulltime or part-time Legislatures? No! Rather, missing certificates; Jim Nwobodo; memory for phone numbers; name calling; creative caricatures and cartoons. We really need to laugh, even if it means laughing at ourselves.

I find no attraction in the current bandwagon of loyalty tussle. This is my own contribution to the discourse: that we should eschew this needless cussing and ask for serious debates between and among the candidates. Series of debates. We need to put them on the spot. This is serious business! We need to recognise that the real demarcation within a democracy casts the political elite on the one side, and the masses on the other. And, let no man be deceived by that pretend safety-valve called the middle-class.

The middle-class in any political demography belong among the masses. They form the upper rim of a social bottom unspared in the course of elite lynching. We need to halt the free-for-all against our own ranks, which is the distraction the prime political actors need to evade our collective surveillance and drilling on the process. We need to recognise our common spot within the geography of this class struggle, and direct our spittle against the right constituency – the political elite. For spittum shot upwards often always finds no other victim but its owner.

Related Topics:Immanuel James
Up Next