Immanuel James: Caught in the Bureaucracy of Love 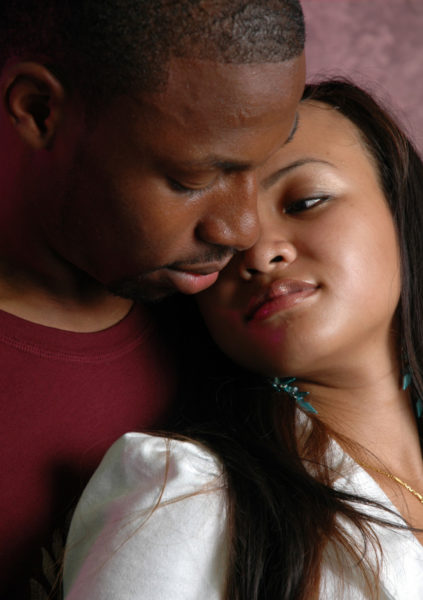 I was, recently, witness to what began first, as a friend’s moment of delight, but progressed as nothing short of his instalmental persecutions. A wedding. A proposal had been accepted and the world was good. Being in love, he had over-estimated his capacity for toleration. Upon surviving the autocracy of rural marital tradition and the processes of a court wedding, he arrived Lagos literally panting, yet undeterred. Love inspires performance.

We drove together to a church, for inquiries on the processes for holding that elaborate stress called a Nigerian wedding. ‘It’ll be a simple wedding,’ he’d said, apparently unaware that simplicity in the matter is no less than an entrapment, an idea chewed merely in italics. Nothing is simple which involves the Nigerian crowd with its noisy intrusiveness.

For his lukewarm Christianity marked by a long absence and failure at church obligations, a waterloo was lurking ahead. To be married in the Catholic Church, he had to begin from the beginning: attending catechism classes with children for months, attending a four-month compulsory marriage course, getting baptised, and taking holy communion: all in the midst of chasing a livelihood in Lagos. Because the wedding would hold in a parish in his home state, he was required to obtain some written permission from said parish to enable his enrolment for the marriage course in Lagos. A few other protocols including medical tests and he was good, scaling all the hurdles with the energy from young love.

For the Nigerian wedding, the formalities are least in the hierarchy of needless torture. The diabolical part is the party planning, an entire department in frustration. Costume. Make-up. Photography. Videography. Pre-wedding Photography. Cake. ‘Don’t overspend’, cautions the person soon to suggest that the wedding ring should be more glamorous and befitting. Each item is embedded with its own separate political imperative. Aso-ebi is not just some costume for family and friends. From the choice of colour to the style, it carries the burden of surpassing social expectations, the burden of settling class grudges once and for all between a celebrant and some married peers. To properly perform its cultural and social office, Aso-ebi is not some piece of clothing to be purchased casually off the stalls of Balogun market. It demands the dignity of tortuous debates, rigmaroles, indecision, decision, change of choice, ad nauseam. Debates awaiting gruelling repetitions over cake, make-up, food, and venue; mothers-in-law, fathers-in-law, siblings–all present in the commotion of advice, each party wanting to own the adopted idea–the couple caught in the midst of the storm.

A modest but successful young man contemptuous of unwieldy conventions and social drama–my friend. A man learned enough to be happy when folded within his own skin, who owes neither debt nor apology to the public for his personality–seeking no validation, contented in a healthy sense of self. I saw occasional sighs of exhaustion in a bloke who would rather have none of these save to satisfy his woman. Trouble was not even the costs, never mind their scandalous implications. Just what was the point of this whole strenuous social bureaucracy? What justifies the formal and informal bottlenecks inserted in the simple idea of two adults starting a family? Two answers.

First, crowd. The Nigerian wedding crowd is well-wishing on its way to other collateral functions: assessing the material competence of especially the groom, and inaugurating new gossips about the quality of the whole affair. No matter how indifferent a couple is to crowd-think, there are family members worried enough to unwittingly drive this social dictatorship. Not many have reached the maturity to live their lives for themselves, contrary to external social fancy. Weddings become elevated to quietly respond to this inquisitiveness, or even make a few exaggerations. Call it flamboyance if you like. A ready retort: it’s a once-in-life event deserving of exhaustive glamour. Perhaps.

Now, weddings are not all necessarily some punitive affair held at the gun-point of public fantasy. That is not even the point. The point is the bumps deliberately erected on the route to its accomplishment. From the traditional rites to the church to the party, an otherwise happy event progresses more as drudgery than as festivity. It’s not mandatory, says a naive line of argument. Ours is a communal environment and, for couples who have reached a certain social class, marital decisions hardly exclude the input of parents, siblings, and friends. Important stakeholders who have constructed their own imaginations long before the event. ‘You’re my only son!’ has hardly lost any argument with parents.

Second answer is that within our socio-cultural space is that unwritten notion that, for something to have value, it must be won after a long gnashing of teeth. Check out our systems: education, work, religion, etc. There is that general suspicion of ease, some inward glorification of long-suffering expected to end in success. To have it smooth is to endure the suspicion of some ugly surprise lurking ahead. ‘If it easy na set-up’, goes a common adage. Traditional marriage rites in many parts of rural Nigeria are designed with this idea in mind, involving tiresome back-and-forths, haggles, drama, even quarrels. There could be the thrill in brazing odds to win one’s lover for keeps. But a thick formality can remove the boredom of simplicity, no less than it can exhaust the energy for celebration.

We were talking about my friend’s predicaments with getting married. In me he had a useless assistant, for we both are united in our ignorance of these matters, in our total disregard for razzmatazz. Fiancée was central to the arrangement within the permission of rigorous work and post-graduate studies, and both of them had relatives living mostly in other parts of the country. What they lacked in physical support, they gained in conflicting suggestions: get a wedding planner; no, don’t try it, he’ll rip you off for nothing; you shouldn’t have fixed wedding date in summer; you paid too much for the wedding gown, I could have got this for less! Errands, calls, work problems, his health challenge, and marriage course still running–name it. He became a pathetic figure, a downgraded version of himself. The wedding day was no different. The helter-skelter, the making sure all was in place, anxious about the capability of assistants. On that day I saw a man shabbily dusted up for performance, with smiles that looked like winces, nearly absent-minded in his own court.

At the end, so that was it? That was what all that drilling was all about? Crowds milling up and down? Food, dance, fashion, music–interesting but totally dispensable elements to begin with? Well, we can do with some celebration once in a while in life. We can always play a part to support what has become a full economy in cultural and material extravagance. There is the argument that wedding celebrates prematurely something that is just starting: marriage. But this is a party, I do not argue when I’m eating.

The crowds went the way they came, indifferently, swinging by hands holding souvenirs, giving no hoot about the stress incurred to their service. They left to go face their own problems where they left them, some grumbling about certain privations in the party, others happy about it all. A colourful mass of people, however. Humanity in its diversity, its incredible capacity for brotherhood, never mind the occasional hating. Solidarity, gifts, community, the sheer electricity of the moment. With my man fully rested, I found him for small talk. I was struck by his rapid restoration to humanity. An endearing presence exuberant like a young god, he was bubbling once again in the famous eternity of his youth. A smile was permanently installed upon his face. There you have it! Perhaps that was it, that glow of satisfaction and conquest. That was what it was all about. A new life, interesting compensation, even excuse, for all that persecution by custom.

If this is what people go through to get married, enduring even much more to stay married–managing stress, relationships, income, family, ambitions, futures, work, adversity–if people wrestle through this whole curricula of work for that multi-task of an institution, then a successful marriage is, in my own opinion, a huge achievement.

Related Topics:Immanuel James
Up Next

Chika Uwazie’s TalentBase: How To Make Sure Your Employees Don’t Burn Out